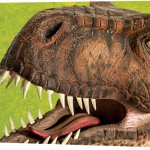 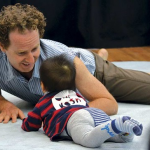 [ January 28, 2014 to January 31, 2014. ]
Celebrating the fascination of new life.  This beautiful production explores the moment-by-moment fascination of being a baby. Developed through extensive research into ways in which babies and their adults tune into one another, this gentle piece is the first of its kind for audiences in this age group.
At times, the performance becomes a special space where […]