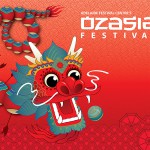 [ September 3, 2014 to September 20, 2014. ]
Adelaide Festival Centre has unveiled the 2014 OzAsia Festival program, which celebrates Adelaide’s sister state, Shandong Province, China. The Festival will feature more than 140 performers from the region and will put the spotlight on its rich history and resplendent culture as well as presenting performances and events from on Japan, India, Korea, Philippines, Cambodia, […]