Australia Day in the City is the major public event to celebrate Australia Day in South Australia.  Since becoming a twilight event in 2010, the crowds have continued to grow with 30,000+ attendees enjoying the street parade, concert and fireworks each year! Headline acts in previous years have included Ricki-Lee, Stan Walker, Jessica Mauboy and Vanessa Amorosi.

The event begins with one of the largest Australia Day Parades in the country, featuring more than 4000 people celebrating what they love about Australia and being Australian. The Parade includes over 150 community groups, 100 vintage cars, 30 horses, 15 marching bands, a giant echidna, floats, giant characters and includes a fly past by an F-18 Hornet.  The Parade begins at Victoria Square and ends at Elder Park via King William Street. 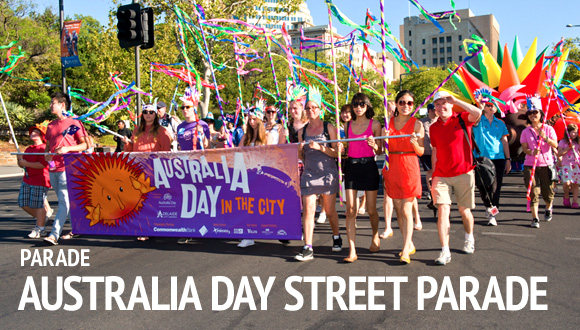 Aussie dance and singing sensation Timomatic will headline Australia Day in the City’s celebration to be held in Elder Park on Sunday 26 January proudly presented by Adelaide City Council. Timomatic (aka Timothy Omaji) had an amazing 2013 by making his mark on the International music scene with hit singles “Everything Is Allowed”, “Parachute” and “Waterfalls”.  He won two APRA Awards and was featured as a judge on Channel Nine’s series of Australia’s Got Talent. Timomatic will be supported by Sarah De Bono who is one of Australia’s most exciting upcoming artists. Sarah was a top four finalists in the television series the Voice in 2012.  The Concert at Australia Day in the City will be presented by the Commonwealth Bank.

With International ODI Cricket at the Adelaide Oval and Stage 6 of the Santos Tour Down Under also occurring on Australia Day in the Adelaide CBD, 2014 looks to be one of the most exciting and vibrant Australia Days ever!

Who:  Everyone  |  Community Event 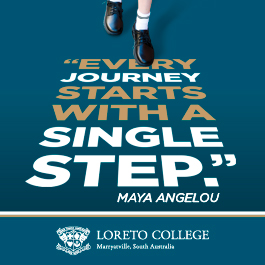