Work will begin on the planned Glenelg Foreshore Playspace with demolition beginning on Wednesday 10 June 2015.

“The Glenelg Foreshore Playspace will feature in-ground trampolines, climbing frames, a giant slide, water play features and heaps of comfy seating – all cooled by mature shady trees, and all free!”

The playspace is to be located in front of the northern end of the Glenelg Town Hall. The majority of the playspace will reside in the current building footprint of the Foreshore Building, which was demolished in early June 2015. View the map here

The design has been influenced by the Mangroves historically located adjacent the site and includes the following main features:

The project is being funding by council with the assistance of a grant from the Australian Government under the Community Development Grant Programme. The playspace is scheduled to start construction in May and will be completed by the end of the year.

The City of Holdfast Bay project page will be kept up to date throughout the project. Read more about this media release here.

In the meantime, we can look forward to the 2015 Winter Wonderland Festival! which starts on Saturday 4 July.

For more information and all enquiries please visit the City of Holdfast Bay website here.

What: Glenelg Foreshore Playspace – to be completed in December 2015

When: Completion in December 2015 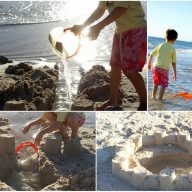 Looking for some inspiration for Summer fun? The wonderful team at Nature ...
Read More

The only thing scarier than being a monster is babysitting one. ...
Read More 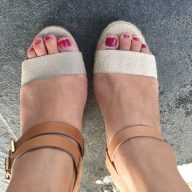 Keeping it real: what you don’t see in the Facebook newsfeed. The case of two non-matching shoes, lost car keys, extra Mars Bar and Ants.

You know how it seems that everyone is having a wonderful ...
Read More