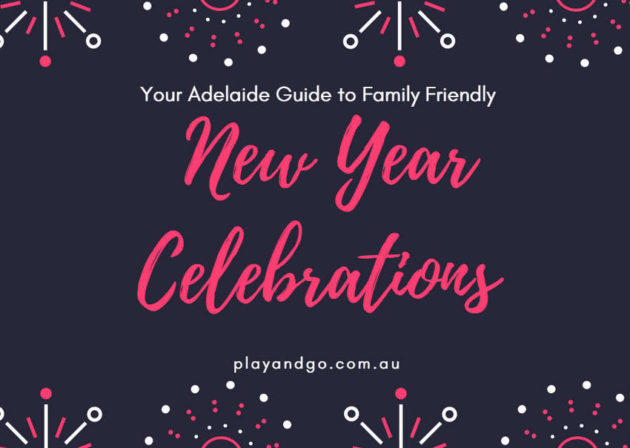 There are plenty of free celebrations planned all over South Australia, many with spectacular fireworks. Check out the options below.

Wishing you and your family a safe and Happy New Year in 2020, full of good health, plenty of laughter, new family adventures and fun, from all of us at Play & Go Adelaide. 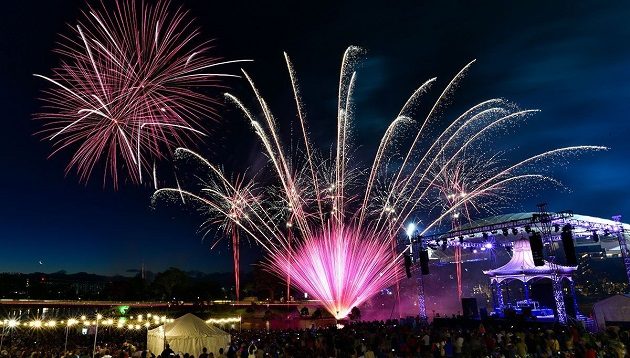 The City of Adelaide’s FREE New Year’s Eve Party in Elder Park and on the Riverbank will be the place to gather with family and friends. This year brings another jam-packed program with live music, family entertainment and two spectacular firework displays.

Fireworks will be at 9pm and Midnight. 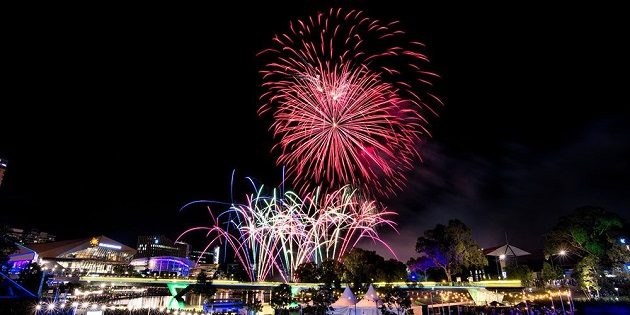 
The Glenelg foreshore will come alive with free live entertainment, free children’s activities and fireworks. Entertainment will feature Australian rock band Regurgitator, DJ Jaki J, Adelaide’s hottest party band Mr Buzzy and kids’ entertainers the Boomstars.  Fireworks will commence at 9.30pm in both Glenelg and Brighton and again at midnight in Glenelg only.

Parking is hassle-free at Harbour Town with the free RAA Park and Ride shuttle (running every 20 mins).

Fireworks will be at 9.30pm (Brighton & Glenelg) & Midnight (Glenelg only)

Due to popular demand the Rural City of Murray Bridge will be hosting a family friendly, New Year’s Eve party at Sturt Reserve featuring local musicians, a kids’ zone, plenty of food and drink options and fireworks display. Local musicians performing at the event will include Barney Rebel, Hannah Smith, Will Couzens, Jordan Holmes and Georgy Rose.

The New Year’s Eve celebrations will also kick off the SPLASH Family Festival, with the kid’s zone offering a taste of what is in store for Sturt Reserve during January. There will be the very popular Slip ‘n Dip inflatable water playground, mini golf, bouncy castle, a bungy trampoline, a balloon artist and face painter.


The tradition of New Year’s Eve T20 cricket at Adelaide Oval continues in 2019 when the Adelaide Strikers take on the Sydney Thunder in an end-of-year party! Fireworks and entertainment for the whole family to enjoy. Tickets start at $10 for kids (6-17 years).  After the cricket there’s time to walk to Elder Park to enjoy the festivities along the Torrens too. 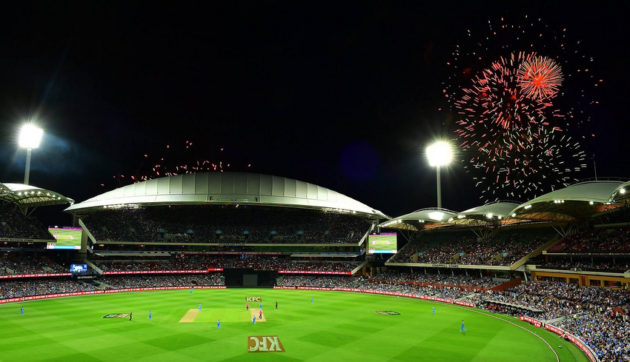 New Year’s Eve 2019 will see the 22nd annual Normanville New Year’s Eve Pageant. The pageant consists of a parade of approximately 40 colourful floats leaving Katherine Drive at 7:30pm sharp winding its way through the streets of Normanville ending at the beautiful Normanville foreshore at approximately 8pm. Locals and tourists alike flock to the foreshore to be entertained with music, amusements, and fed by the local community clubs and groups. 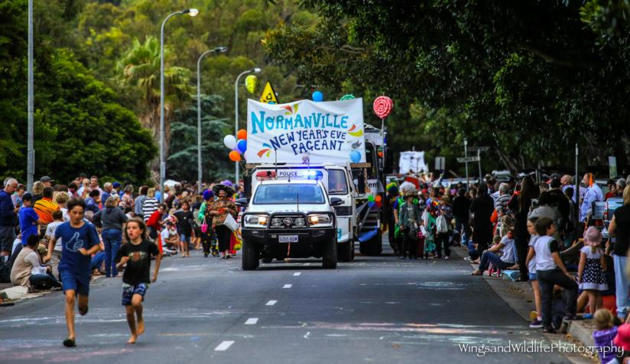 Fireworks will be at 9.30pm and at Midnight. 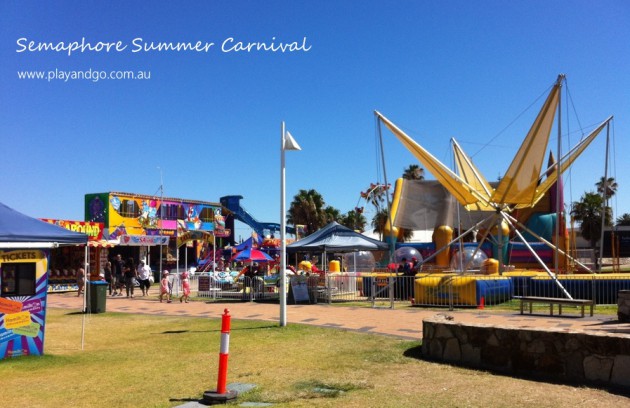 Fireworks will be at 9:45pm and Midnight

This annual family-friendly alcohol-free event is held on the corner of Jetty Road and Chatfield Terrace from 6.30pm and features a variety of sideshow amusements, food stalls, rides and other fun activities. Thousands of people line the foreshore as they await the spectacular fireworks displays, which are fired from the Marina breakwater at 9.30pm and again at midnight to see in the New Year. Security and SA Police personnel will be on site throughout the evening.  Many people also enjoy watching the fireworks from their boats out on the water and their safety is looked after by the dedicated volunteers from the Sea Rescue Squadron Copper Coast Flotilla as they patrol the exclusion zones. A Courtesy Bus will be available to transport patrons to and from the event site from car park areas and the Foodland Car Park.

Fireworks will be at 9.30pm and Midnight. 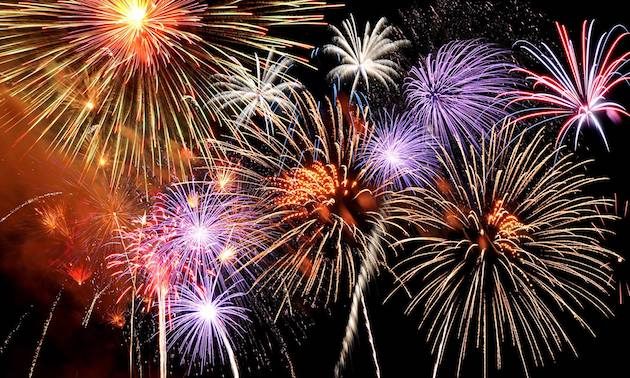 Some people are concerned about taking children out to New Years Eve events, that there may be drunken revellers out in force. Here is our view which is from our own personal experience only, and comments from friends.

A few years ago our family went to Glenelg for New Years Eve for the first time with friends (all children aged between 4 and 13). We got there early, before 6pm and was pleasantly surprised how quiet it was. We expected Jetty Road to be chaotic with people everywhere, yet it was quiet and closed from traffic. The grassy areas in front of the stage and along the foreshore had plenty of space still and the beach was not crowded at all. The kids had a lovely play on the beach; we enjoyed fish & chips and watched some of the entertainment. Glow sticks kept the kids busy as it got dark and everyone enjoyed the fireworks at 9.45pm. It did get busier and more crowded with people by the time the fireworks started and as it got later, more of the revelers came out. Therefore, I would suggest that if you want to avoid any drunken crowds, go early, have fun and leave straight after the early fireworks with the kids.

Friends who went along to Semaphore last year with kids said they had a wonderful time at the carnival rides and beach, and picnicked on the grassy area.

Last year we attended the celebrations at Elder Park and saw the 9pm fireworks. The atmosphere was very family friendly and although there was a lot of people there, even at 9pm you could still find a spot on the grass to sit and watch the fireworks. And don’t think the fireworks at 9pm are not very long or not worth seeing  – they were pretty spectacular and everyone loved them.

If you are having a party at home with friends and/or family then these things are always a hit:

♥ Glow sticks are a must for the kids from $2 cheap shops (Browse in and Save have tubes of 50 for $5) as well as sparklers and poppers.

♥ Lots of balloons on a trampoline is a favourite with our kids.

♥ Getting the good old Slip n Slide out is always fun.

♥ If you have little ones, turn your clocks forward a few hours so you can do the ‘midnight’ countdown a few hours earlier.

♥ Open up those boxes of chocolates you received for Christmas to share on New Years Eve – it’s a great way to use up some or all of these treats.

♥ We also love this idea of a ‘Year End Interview’ with the kids by Hands On: as we grow. Ask the kids some questions about their favourite things right now, as a keepsake. You could get them to write it down or video them. Get the free printable here. 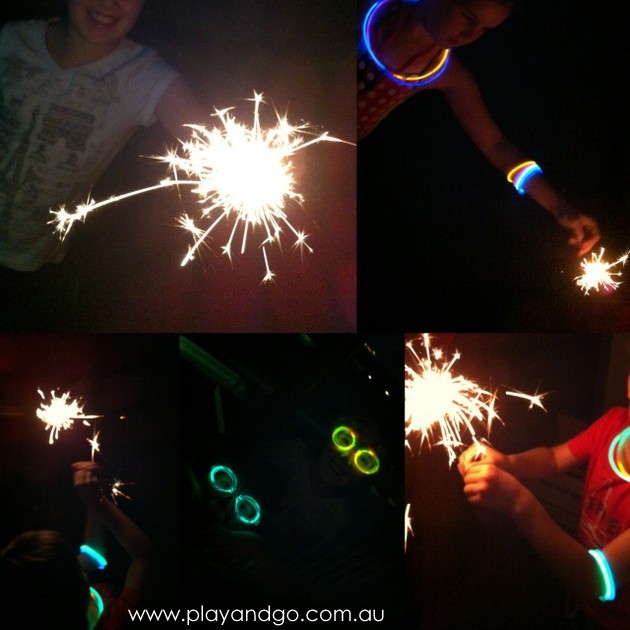 However you decide to celebrate the start of the New Year have a wonderful time!

@earthhour_australia is on tonight Saturday 28 Mar

Especially during these times, a dose of @celesteb