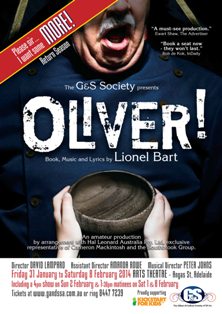 The widely acclaimed and sold out production of Oliver! presented by the G&S Society in July 2013 will return to the Arts Theatre stage on Friday 31st January 2014.

Helmed by the multi-award winning production team of David Lampard (director/designer) and Peter Johns (musical director) the production boasts most of the original SA cast as well as the original creative team.

Oliver! received rave reviews from both critics and audience members and the return season has been announced. The Gilbert and Sullivan Society of SA has also confirmed and pledged to continue their support to the SA charity partner Kick Start for Kids and will be continuing their funding efforts to improve the lives of dis-advantaged children in SA.

Every ticket sold will buy breakfast for one disadvantaged child. Research shows that a healthy breakfast is imperative to a child’s development in their education. Kick Start for Kids is the only South Australia charity that a provides breakfast and lunch program for under-privileged children in South Australia.

We saw this production in July 2013 and the whole family loved it, including an 8 year old and 5 year old. Read the REVIEW HERE (scroll down the page to find it).

See the Gilbert & Sullivan Society of SA website here for more information and to book tickets. 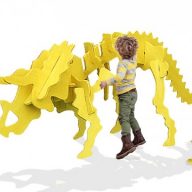 Dig-a-Dino is a new take on a classic childhood toy, the ...
Read More

Le Petit Circus is a family circus extravaganza! Returning with a ...
Read More 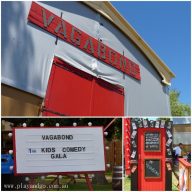 The Kids Comedy Gala is a good choice if you’re a ...
Read More 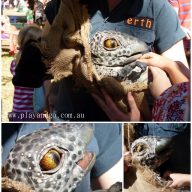 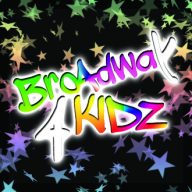