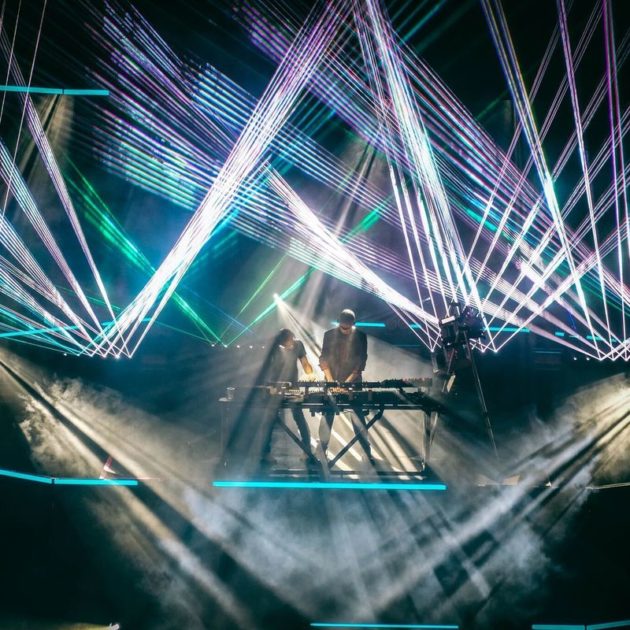 For one night only we let a couple of Play & Go Dads out to play at The Adelaide Fringe as Orbital and Severed Heads took over the Royal Croquet Club on Sunday night. ★★★★★ 5 Stars

A thick crowd filled the Uni Maths Lawn at Royal Croquet Club for these two iconic electronic acts. A sea of anticipation built awaiting the solid beat arrangements that did not disappoint.

Australian band Severed Heads kicked off the night jesting with crowd that they were there to fill the required quota of local content. They launched straight into original tunes accompanied by a visual feast of light and video imagery projected across three screens and also onto the artists clothing. Using a combination of re-edited MTV video footage and original artwork by the performers the show quickly became as visual as it was audio.

With two crowd favourites early into the set Big Car Retread delighted with a variety of vocal samples followed by Twenty Deadly Diseases,  one of many songs where Tom Ellard’s vocals beautifully complimented his projected artwork. Severed Heads continued to please the reminiscent crowd with popular tunes 4WD and Petrol setting the pace. The crowd continued to be treated with electro gold as they played Dollerex from Ellard’s 1994 solo album Gigapus proving that Severed Heads is one of Australia’s premier electronic acts. 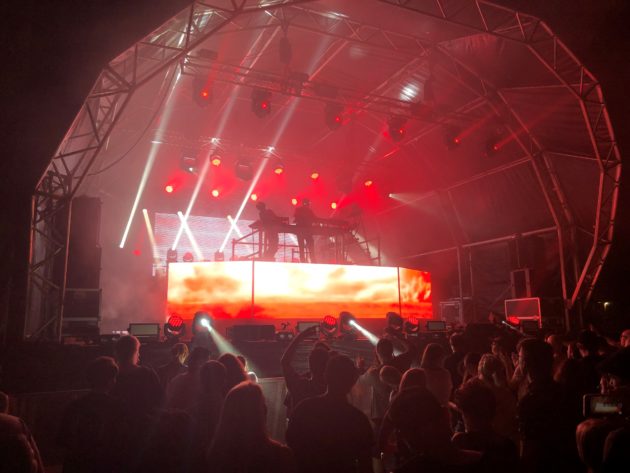 Orbital then took to the stage kicking off with Impact and it’s wobbling acid over rolling breakbeat. They built up the crowd with their live techno edge with ‘Satan’ breaking into the set.  With a bit of light banter from the Hartnoll brothers followed by their song ‘Halcyon’ which was received with an appreciative cheer from the crowd. Kirsty Hawkshaw’s reversed acapella vocal a familiar element to the tunes.

Maybe it was the crowd’s reminiscent feeling of seeing Orbital performing at festivals in the late 90’s or that this was the last leg of their current Australian tour, either way the vibe was as electric as the music. Hartnoll invited the audience to give it all they had, much to pleasure of the followers by pushing out their kick drum attitude and cutting synth joy, Lush 3.1, Doctor Who and the hearty 303 goodness of Clime.

This one night only show was both a pleasurable discovery and a step back in time for Sunday night’s crowd. Adelaide was  treated to the best of electronic music artistry in an all-round fun night out.