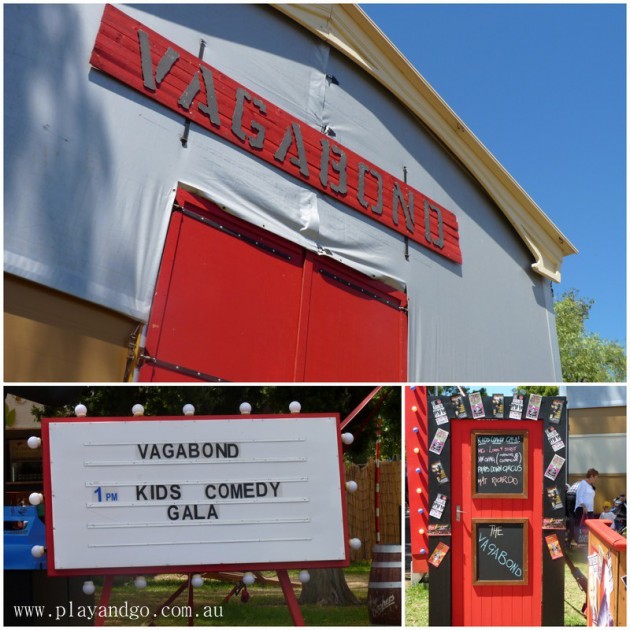 The Kids Comedy Gala is a good choice if you’re a little unsure of what to see at the Fringe.  It’s a selection of performers giving you a sample of their show so you get a good mix of different acts – from juggling and stand up to circus and magic tricks.  Our MC’s were Lords of Strut – Sean and Seamus – two wanna be celebrities who love performing to their adoring fans.  They keep the show rolling and had me in stitches with the teeny tiny hoop act.

Jan Oving (from Carousel & Clothesline) performed a juggling routine – rather different and a little awkward, but he received plenty of laughs and applause.  Three of the four Pants Down Circus performers gave us a taste of their ROCK show (see our review here) and were as professional and impressive as always.  Mat Ricardo was a standout and really worked the crowd – especially the children.  He was clever, funny and highly entertaining.  Each of these acts are performing in the garden until March 16th, as is the Kids Comedy Gala. 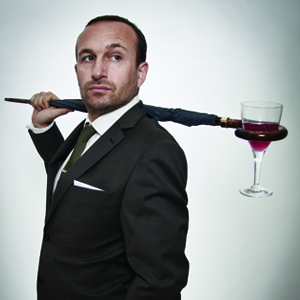 As with most shows the line up into the venue can get very long and people start to queue 30 minutes or more before the show – however if you prefer not to sit down near the front don’t worry about being near the end of the line as you may then be seated up on the bench seats, higher off the ground and with a better view.  It’s also quite warm and stuffy in this venue so bring along a fan!

To find out more information or for tickets visit the Fringetix website here.

Where:  The Vagabond | Garden of Unearthly Delights