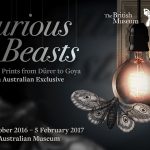 [ October 21, 2016 to February 5, 2017. ]
Looking for things to do these school holidays? The South Australian Museum are offering FREE entry for kids (under 5 years old) to their current exhibition Curious Beasts: Animal Prints from Dürer to Goya during the January holidays.
This is your last chance to see the beautiful and bizarre collection before it’s packed up and sent […] 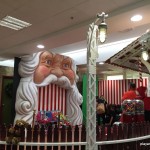 [ November 12, 2016 to December 24, 2016. ]
A Peek Inside Santaland at Myer Adelaide
A visit to Myer’s SantaLand is such a fun experience for little ones as each year they build a little village inside the store, which is always beautifully decorated for Christmas.
As well as visit Father Christmas, children can use the ‘Dear Santa’ stationery and writing desk to draw a […] 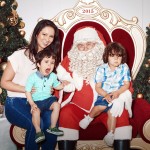 Where to See Father Christmas in Adelaide 2016!

[ November 12, 2016 to December 24, 2016. ]
Where to See Father Christmas in Adelaide
Taking the kids to see Santa is a Christmas tradition for many families… not to mention a great way to get a heads-up on what the small people in your household have on their Christmas wish list!
If you’ve don’t have the time to visit Santa Claus in his official […] 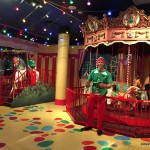 [ November 12, 2016 to December 24, 2016. ]
A Peek Inside The Magic Cave
The Credit Union Christmas Pageant on 12 November 2016, welcomed Father Christmas to Adelaide and as usual he is a special guest at the Magic Cave in David Jones, Rundle Mall Adelaide.
As many would know, the Magic Cave has had plenty of changes over the years. However we had a […] 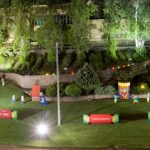 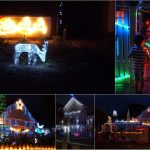 [ November 19, 2016 to December 31, 2016. ]
Christmas Lights Adelaide
Find all the best streets around Adelaide decorated with Christmas lights.
Every year the number of home owners who adorn their properties in sparkling lights seems to grow, making our suburban streets come to life after dusk.
It’s a fabulous FREE treat for the children to wander along and admire the huge effort some families […] 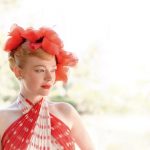