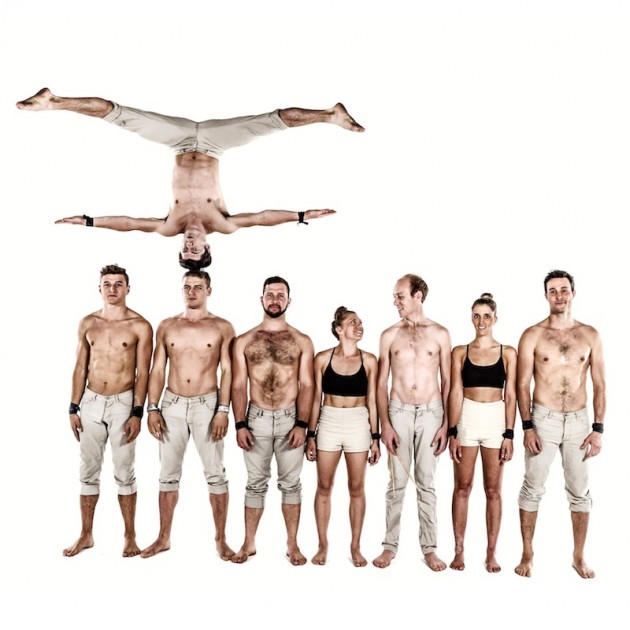 A Simple Space is back at the Adelaide Fringe again and it’s still a must-see show. It’s wonderful to see a world-class performance and support these talented artists when they are back in Adelaide, their home town. There is such camaraderie between them producing such a positive vibe. We reviewed the show last year and stand by what we said again:

It’s no surprise A Simple Space won Best Circus 2014 at the Adelaide Fringe.

This show really does need to be seen to be believed – it truly is just that good!  It ticks every single box for originality, raw talent, energy, humour, bravery, physical strength, teamwork….. and the list just goes on.

From the moment the eight members of Gravity & Other Myths come jogging onto the set they have the audience completely spellbound.  The opening act ‘”falling” will have you laughing and gasping as one by one they catch each other in such random order it’s impossible to know who will go next!

The ‘simple space’ they perform in complements their organic, stripped back style. 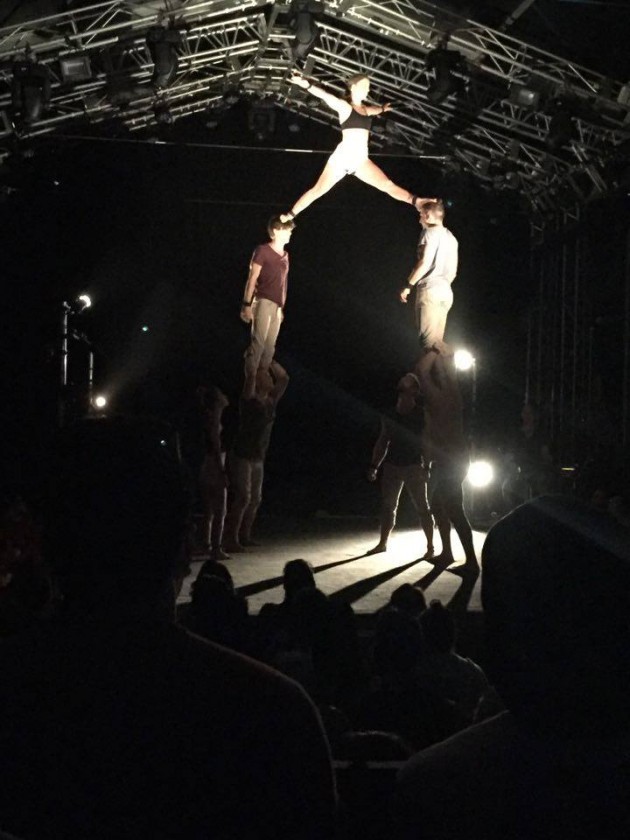 The stage is simple, the lighting moody and the vibe electric.   One member of the team doubles as a talented musician providing a fabulous soundtrack throughout the show.

The gravity defying stunts are incredibly creative, each one using a different combination from the team of eight to push the boundaries of human strength, balance and skill.  The entire show is raw and flawless, engaging the audience each and every minute of the one hour performance.  Stand out sections of the show include a hilarious skipping competition,  mind numbing skill involving a Rubik’s Cube and a fast flying finale that will leave you speechless.  A highlight for kids and adults alike involves handstands, coloured plastic balls and members of the audience!

It doesn’t matter where you sit during the show as the Vagabond is well set out and equally viewable from all three sides.  If you do choose to sit in the front row however, you should know that there is a very clever, mesmerizing act involving selected members of the audience!

The bond and trust each performer has with the other is inspiring and an absolute joy to watch.  After a standing ovation with cheers and wolf whistles I think I’ll have to go and see it again!

What: A Simple Space by Gravity & Other Myths | Adelaide Fringe 2016