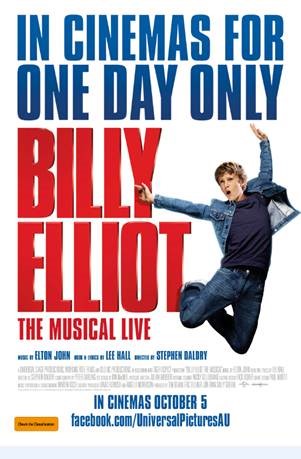 Billy Elliot the Musical is set to bring cinema goers to their feet when the global stage phenomenon is broadcast from London’s West End to cinemas across Australia for the very first time. The special London performance will be filmed live on September 28 and screened in Australian cinemas nationwide on Sunday October 5 for one day only.

Based on the Academy Award® nominated film, Billy Elliot the Musical has been dazzling London’s theatergoers at the Victoria Palace Theatre since 2005 and has gone on to captivate audiences around the world, winning over 80 theatre awards globally including 10, 2009 Tony Awards® and 5 Olivier Awards.

Set in a northern mining town, against the background of the 1984/’85 miners’ strike, Billy Elliot is the inspirational story of a young boy’s struggle against the odds to make his dream come true. Billy’s journey takes him out of the boxing ring and into a ballet class where he discovers a passion for dance that inspires his family and whole community and changes his life forever.

The internationally celebrated show, which has now been seen by over 9.5 million people worldwide, is brought to life by the multiple award-winning creative team behind the film including writer Lee Hall (book & lyrics), director Stephen Daldry, and choreographer, Peter Darling, joined by music legend Elton John who composed the show’s score.

Billy Elliot the Musical is presented in London by Universal Stage Productions, Working Title Films and Old Vic Productions in association with Tiger Aspect and is based on the Universal Pictures/ Studio Canal film.

Check your local guides closer to the date for screening times at your local cinema.

What:  Billy Elliot The Musical Live 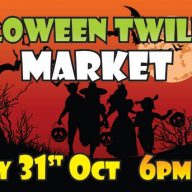 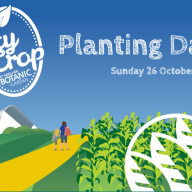 Become a City Corn Crop Farmer! Children are invited to be ...
Read More 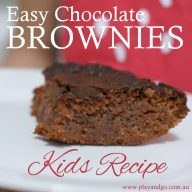 We have been searching for a super easy Chocolate Brownie recipe. ...
Read More 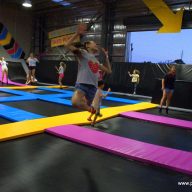 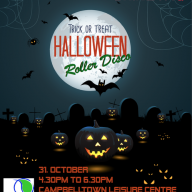