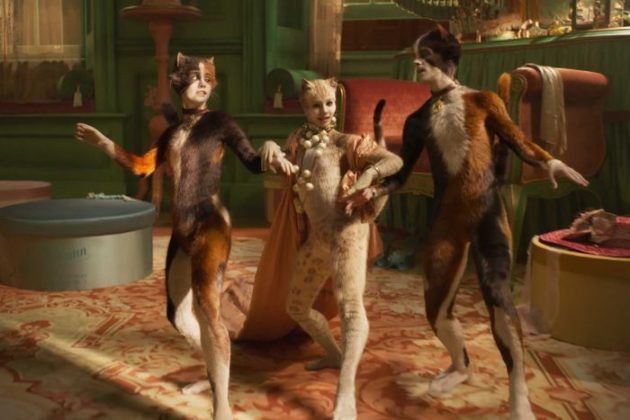 Cats is a unique cinema experience with the ever popular Broadway musical coming to life on the big screen. It’s brought to us by the Director of Les Miserables, Tom Hooper, with a cast of ballet dancers, singers and actors and features all the songs from the theatre production by Andrew Lloyd Webber (who brought us musicals such as Phantom of the Opera, Jesus Christ Superstar). There’s also a new song co-written by Taylor Swift and Lloyd Webber.

We get to meet all the Jellicle cats who meet once a year for the ‘’Jellicle Ball’’ as they get introduced to graceful principal dancer (from London’s Royal Ballet), Francesca Hayward, as Victoria, who is a newcomer to the screen. Robbie Fairchild as Munkustrap is also a principal ballet dancer with the New York City ballet. 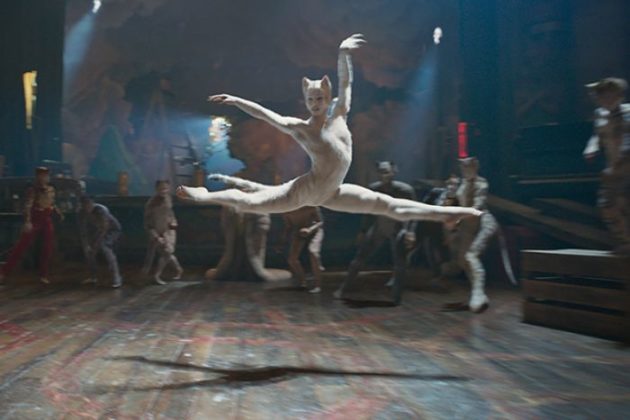 It’s basically a talent show for the cats, judged by Old Deuteronomy played by Dame Judy Dench (a role that is usually reprised by a male actor). The winner gets the chance of ascending to the ‘Heavyside Layer’ – a magical place where they are reborn to a new better life. Don’t ask too many questions – that’s just how it is. You don’t need to understand it. This movie version is actually easier to follow than the stage musical which I remember having no idea what was going on when I saw it.

A highlight, especially with Australian audiences is seeing Rebel Wilson as Jennyanydots, who is a cockroach eating, fur licking feline with some funny improv lines. James Corden from The Late Late Show is his usual jovial self as Bustopher Jones too.

There’s a bit of a lull after these appearances until Taylor Swift busts her moves in an elaborate music video style production for her number as Bombalurina. You might think from the trailer that she plays a large part in the movie but this is pretty much it. She assists Macavity played by Idris Elba, who is the baddie in the story, who goes to all lengths to win the prize. This differs a bit from the stage musical. 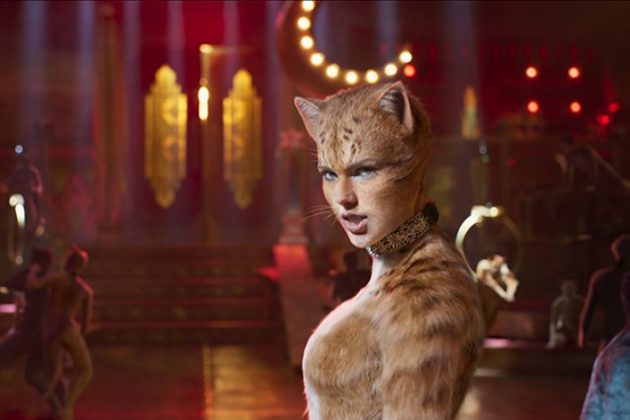 The movie is kind of bizarre, especially if you have never seen the stage production, but then again, it’s no more than any other film that stretches the imagination. The characters have convincing looking ears and tails that twitch like cats, thanks to CGI, with fur and whiskers, but human faces and bodies, including hands and feet, which helps them dance and tap. It’s a bit like the strangeness of the live-action remake of The Lion King with talking real looking animals, but opposite. Our brain may take a little bit of work to absorb this. Even the dancing cockroaches and mice have human features. It’s definitely weird seeing the cats with human features, and strangely the sizing of the cats is a bit odd – in some scenes the cats will look like they are too small for their surroundings while other times they look too big for their props.

Also if you thought there might be some talking intermixed with songs, you’d be wrong – it’s pretty much one of those musicals where it’s all singing. Don’t go expecting otherwise.

Cats is a musical movie experience that’s something a little bit different. There’s nothing scary (unless your child finds the cats with human features a bit freaky) so it’s a family friendly film, but best suited to older kids who like musicals. It’s definitely an interesting watch for anyone who’s seen the Broadway musical. My friend who is a huge fan of the stage show and has seen it a few times, loved this film adaptation.

For more info about Cats, see our post here. 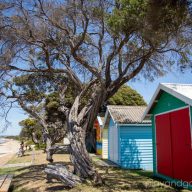 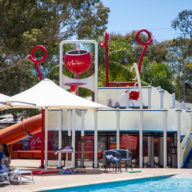 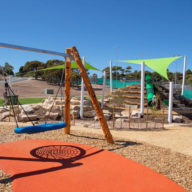 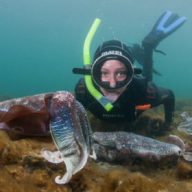 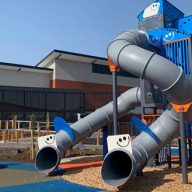 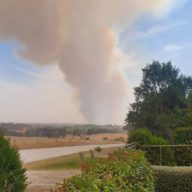 How to Support our Bushfire-Affected Wineries around Adelaide In the wake ...
Read More