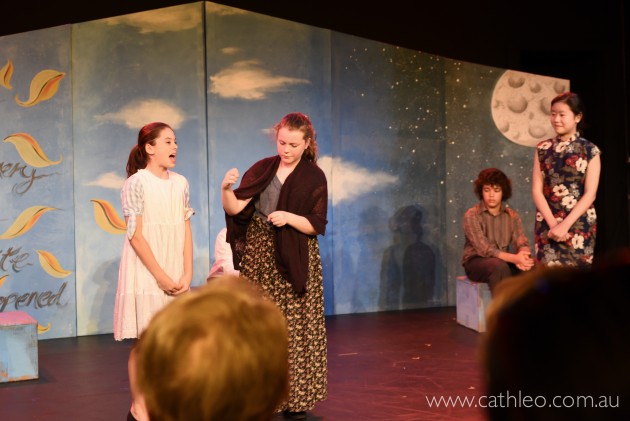 ‘Diary of an Everyday Kid’ is a production from the Prospect Theatre for Young People, filled with positive messages, aimed at kids aged 9 to 13 years.

It is currently being performed at the Holden Street Theatres in Hindmarsh during the 2016 Adelaide Fringe.

Themes of bullying, peer group pressure, body image, resilience and more, are portrayed through a number of individual stories, built around letters to the characters’ diaries. “Dear Diary… why do I feel so bad?” asks Alana, as she thinks about the day’s events which involved her friends encouraging her to play a prank on an elderly resident. Her reflections lead her to make the stronger choice next time she is faced with the situation.

Or there’s Michael who talks to his diary about the conflict between wanting to play soccer, but to also hang out with his friends. And why it seems such a big deal to ‘win’ when he’s actually not that sure why it is. The scene that plays out in front of us sees him miss the shot of goal which results in his team not winning (some lovely slow motion work on stage here!), and he’s teased by a team-mate. Another child quickly asks him to join his family for pizza and that it’s no big deal he missed the goal. The negative and positive scenarios are shown for the audience to clearly see which is the more positive way to behave. 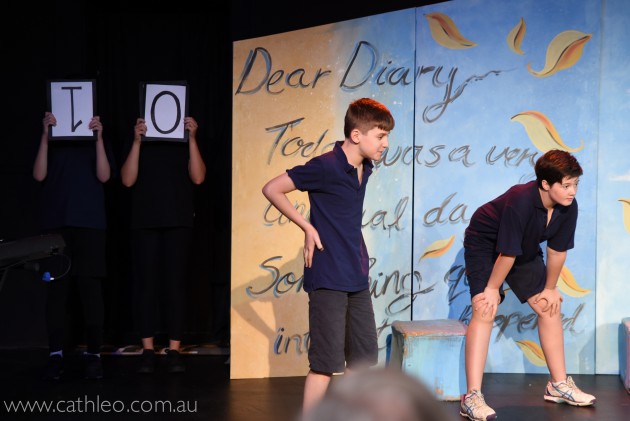 Another character wants to play drums but finds her first visit to the drumming class to be a bit random and noisy and she quickly assesses that it’s not what she was after. Revisiting her story-line later in the show sees that the group, with a few more lessons under their belt, has developed rhythm and a great sound, and that by showing a bit of patience and persistence, she has discovered that she has become part of a successful team. 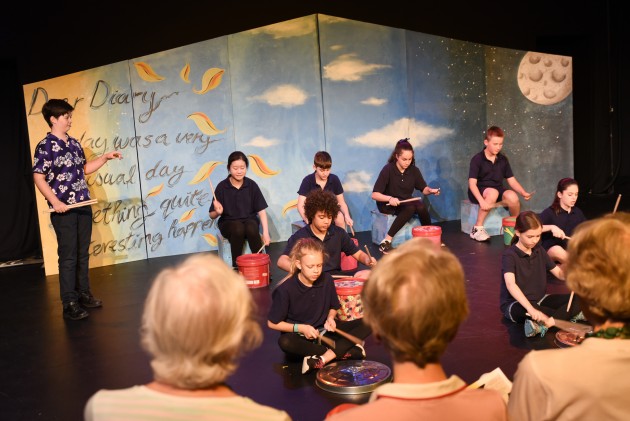 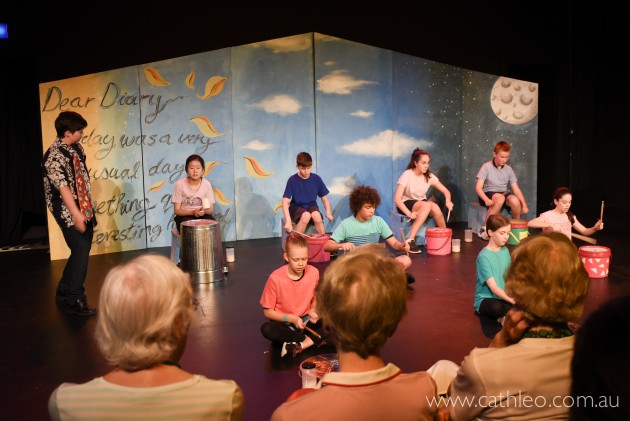 Another character investigates what it takes to be a good role model and finds herself interviewing Johnny Depp, Megan Trainor and a fictional AFL player to help her find the answers. She discovers that doing her own thing and following her own path is the best way. 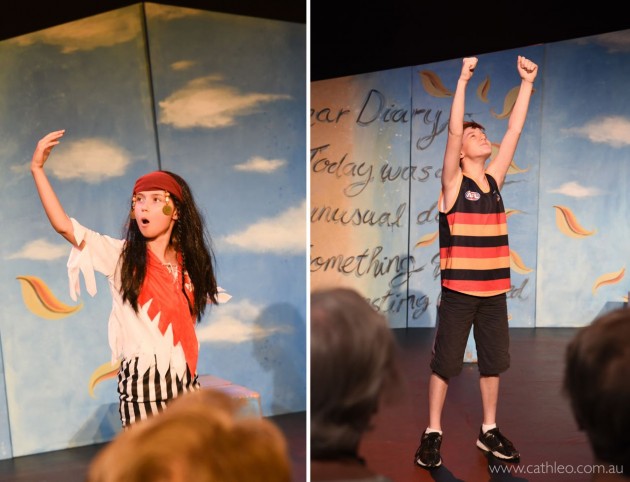 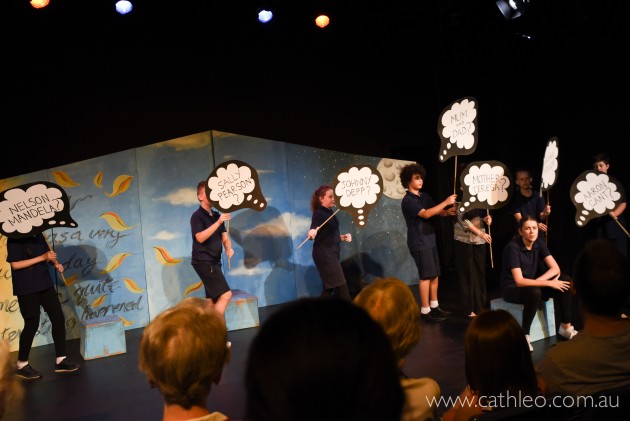 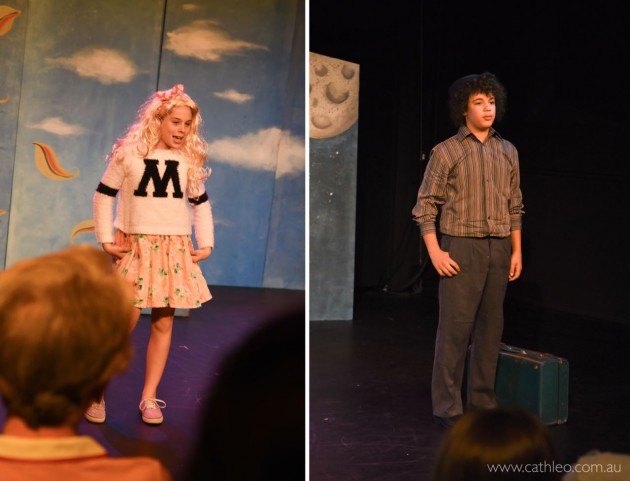 All these separate storylines and quick shifts between characters really held my interest, and also that of my 9 year old companion.

The most powerful scene for me was about body image, with three female actors moving to the stage while another sang Kasey Chambers’ “Am I not pretty enough?” in acapella. The girls separately reflected out loud about what had been said to them about their bodies and at other times they were silent and did physical movements representing their negative scrutiny of themselves.

I liked that the group ended this scene with the girls finding a positive response to the teasing of others. They each found something they liked about themselves and announced it to the audience… “I like my height because it helps me play netball well”, “I know the difference between right and wrong”, “My fingers are quick so I can play the piano”. What a wonderful display of self-empowerment.

Several storylines featured migrants to South Australia and I was amazed that they were able to cover so much, in a short time. This could have been a show in itself. Some of the characters from China, Italy and England are shown in the photos throughout the review including Miss Gladys Sym Choon, the well-known South Australian business woman who opened a store on Rundle Street in the 1920’s (see below). 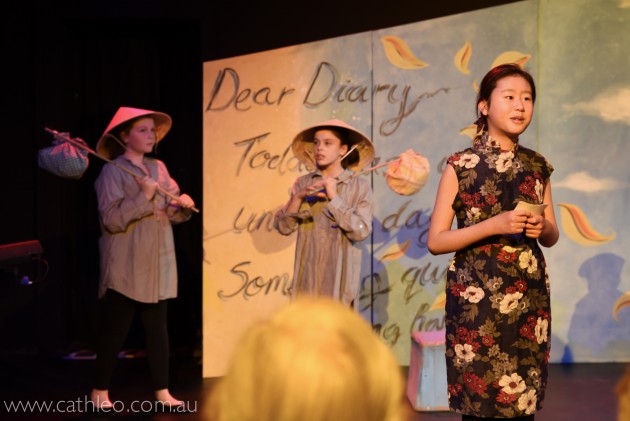 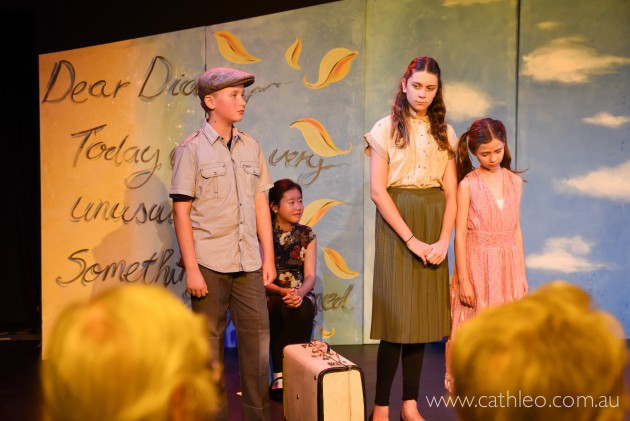 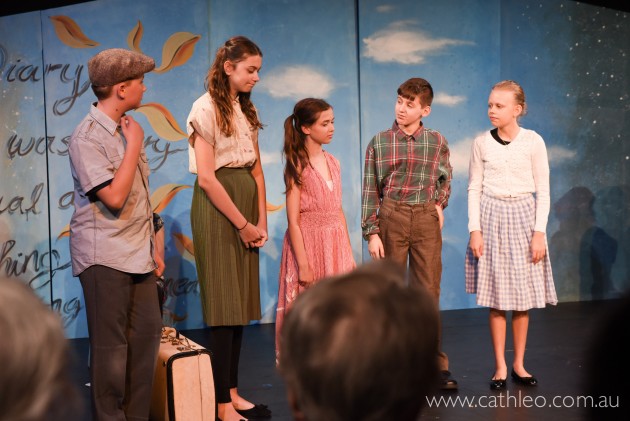 The scenes and themes in this show were SO familiar to me as a mother of a 10 year old and a 9 year old. Kind ways to treat each other, ways to respond to peer group pressure, what to do if your friends are being mean to someone else, how our bodies are built for purpose (not just to be looked at). The messages were clear, strong and positive from the theatre group and there was a lot of discussion on our way home about what we’d seen. I would love to see this available to school groups – perhaps through the Come Out Festival – if the youth were able to have some time off their own schooling.

The performances were fantastic, with the actors all playing young characters as well as adult ones, and adapting their roles throughout the one hour show.

Congratulations to the Prospect Theatre for Young People, lead by Artistic Director Margaret Steven, on a jam-packed observation of some of the challenges children in the upper primary years face – and positive choices to make in the face of those.