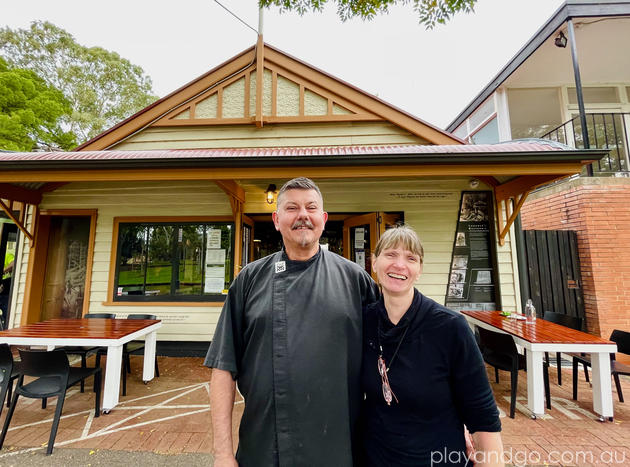 A secret, little gem of a café is hidden below Adelaide’s King William Street bridge, right by the River Torrens. And a glassy gazebo now offers year-round comfort for visitors.

The historic Lounders Boatshed Café in the city of Adelaide has had an all-weather shelter added just in time for winter.

When Play & Go visited (June 2021), the finishing touches were being done to the pavilion on the side of the building. The area will also be able to cater for functions of up to 40 people.

“It’ll be really nice that we can actually have an enclosed environment and have the heat lamps on, on those freezing cold days. Imagine it belting down with rain and sitting there and having a glass of wine and a bit to eat; it’ll be a really nice place to observe that.”

Andrew opened the café with partner Christine Ross in May 2017. The eatery’s located near the iconic Jolleys Boathouse, beneath the King William Street bridge. Previously, though, the historic boatshed was almost in ruins. 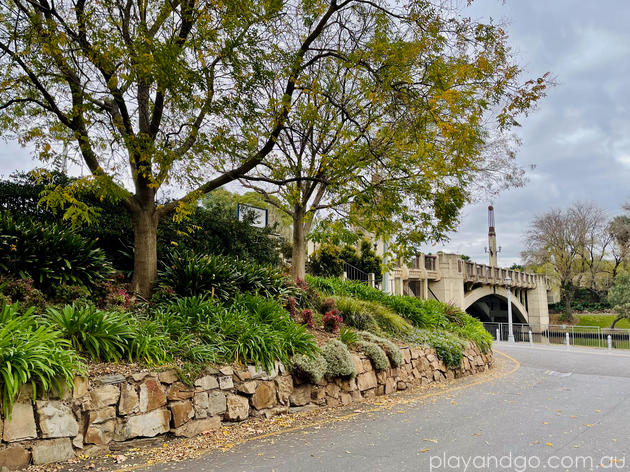 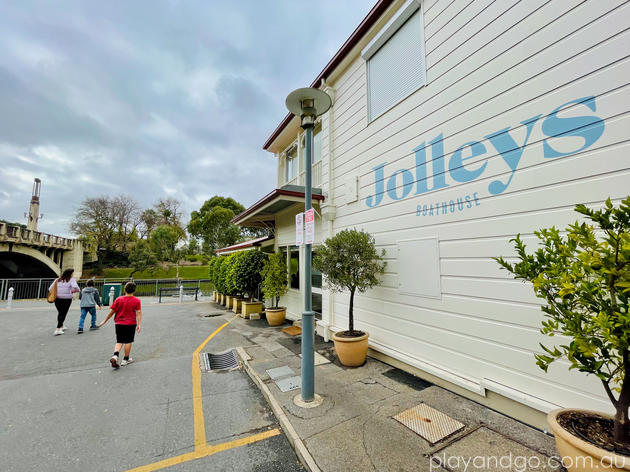 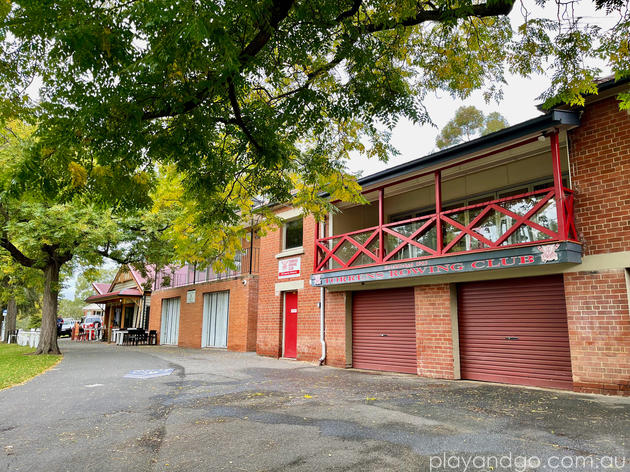 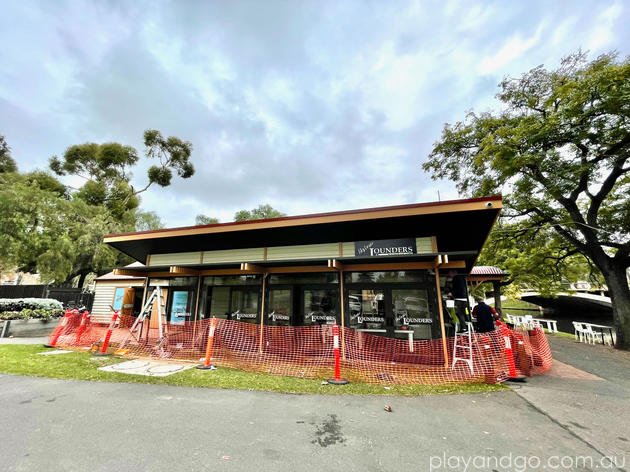 “Four years ago, when we came here, this was a derelict building,” Andrew says. “It was condemned. The walls were caving in, the roof was concave, white ants had already eaten lots of it. It just had a sand floor. It’d been a maintenance shed for The Popeye [River Cruises] and it was all boarded up. They were going to bulldoze it.”

But Andrew believed the landscape it was sitting on was just amazing.

“We had an interest in opening a café here, so we lobbied the council. There’s never been a café on this site and we also thought the building was worth preserving. The council had already commissioned someone to look into the history and found that the building had a lot of historical value for the state. The first Australian rowing team launched its bid for the 1924 Paris Olympics from this boatshed. They were called the Murray Cods.” 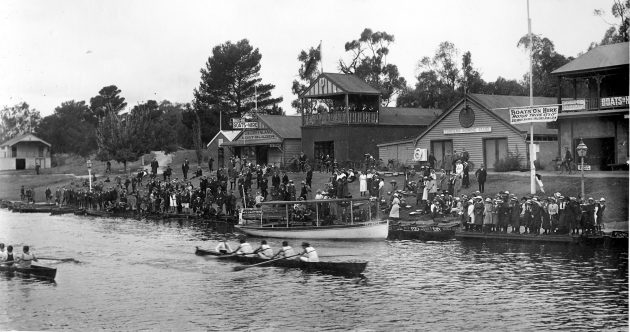 The building was restored and adapted by the Adelaide City Council in 2016 and Lounders Boatshed Café was born in 2017 – after the couple won the public tender.

“They salvaged as much of the raw materials here, within the building, that they could. And then they sourced others that were weathered in a similar pattern to be able to be used in the rebuild.”

The boatshed’s now separated into two tenancies, with the Popeye’s office at the back and the café at the front.

Historic touches feature throughout the eatery. The old part of the roof has been kept for decorative purposes, though there’s another insulated roof on top. An old window frame has been used for a menu board, and original timber weatherboards are on display behind a glass panel.

“One of the local rowing clubs gave us an oar to throw up and another provided a seat from an old boat,” Andrew adds. “Also part of the story is the business is named after Harold Lounder, who built boats here for 60 years of his life. When he died in 1976, that’s when they ceased building boats here. We just saw the importance of that history [in naming it after him].” 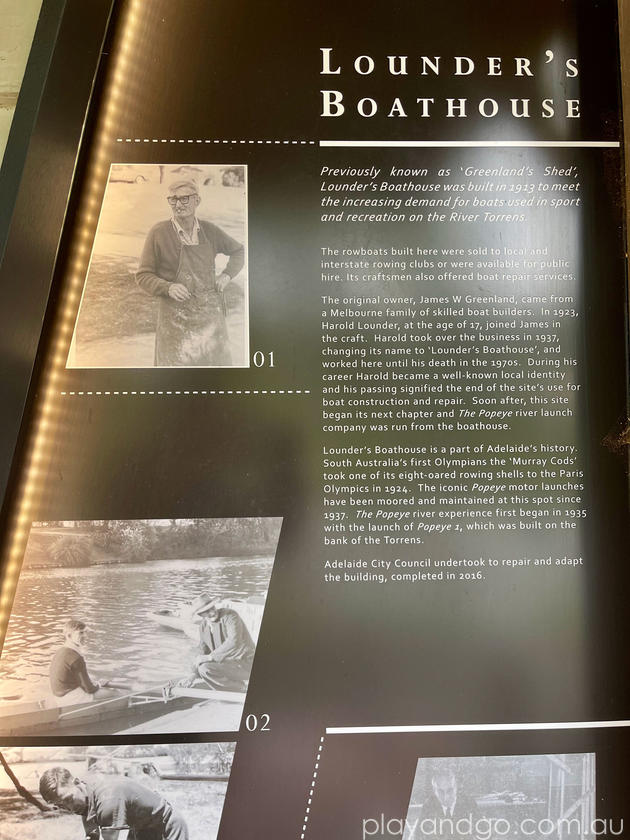 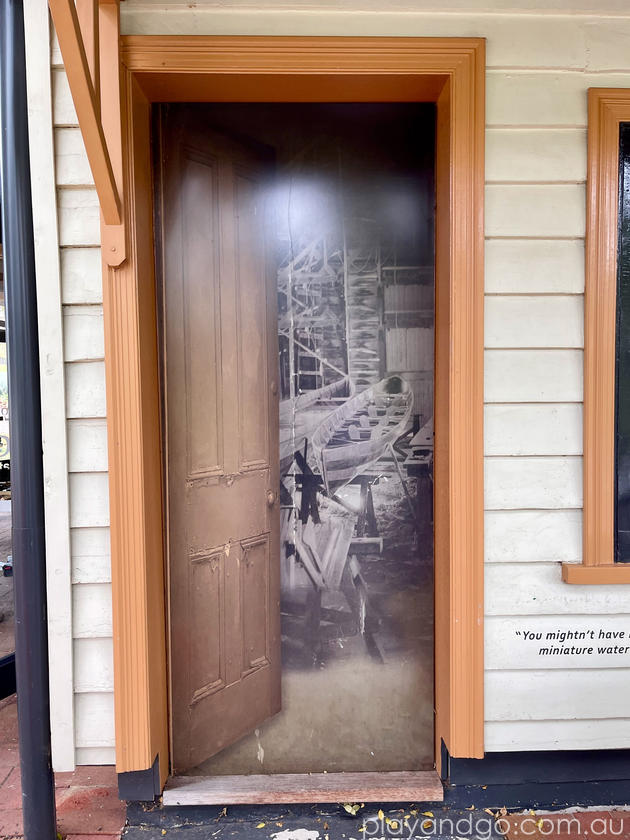 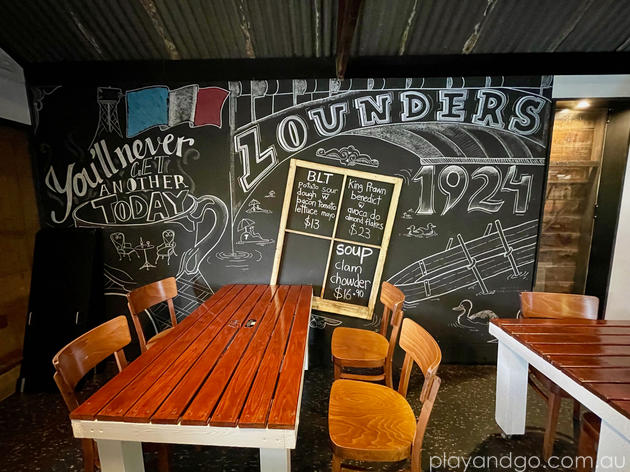 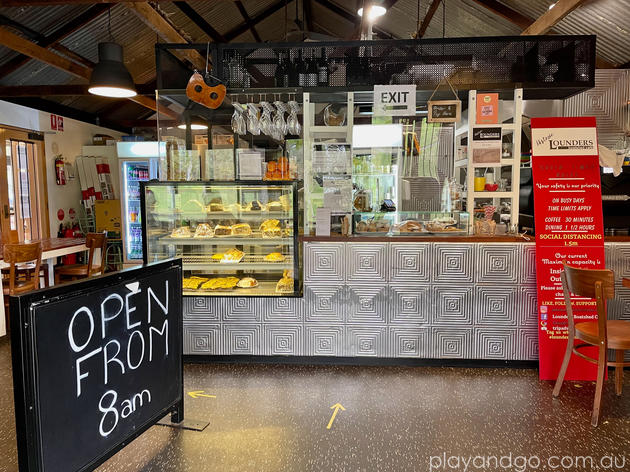 Andrew describes himself and Christine as “passionate foodies and wine connoisseurs”, offering a “laidback, family-oriented sort of menu”.

Previously, Andrew was behind the upmarket fish and chippery, Fish Out of Water, in Hyde Park.

“A lot of my cooking background comes from seafood. I used to be a commercial fisherman and work cray-fishing boats and prawning out of Kingston in the South-East.” (I can personally vouch for the clam chowder, though I devoured it before remembering to photograph it!)

In November, the pair are planning a rowing carnival – “revisiting the Henley on Torrens Regatta” – with the hopes of old wooden boats returning to the water.

But don’t wait until then for a visit… The café’s open Wednesday to Sunday, from 8am until 3pm on weekdays and 4pm on weekends. (It also generally shuts down for a fortnight during July.) 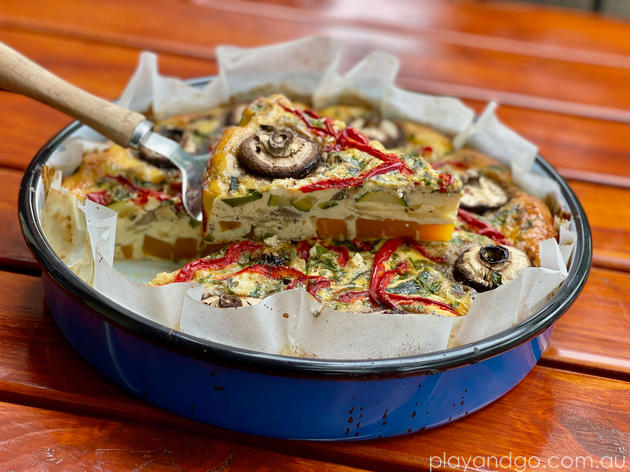 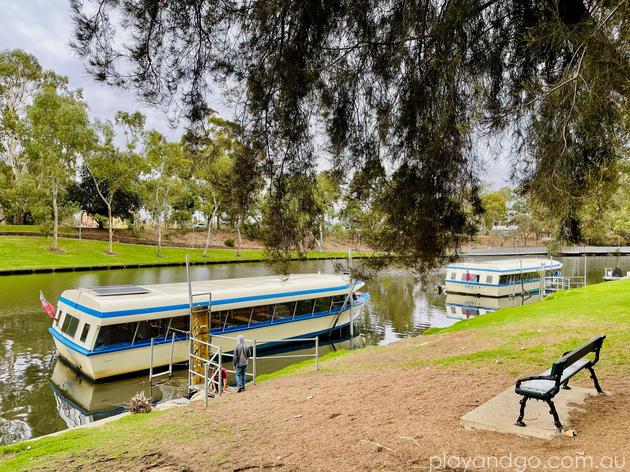 For more information and all enquiries please visit the on Lounders Boatshed Cafe website.

When:   The café’s open Wednesday to Sunday, from 8am until 3pm on weekdays and 4pm on weekends