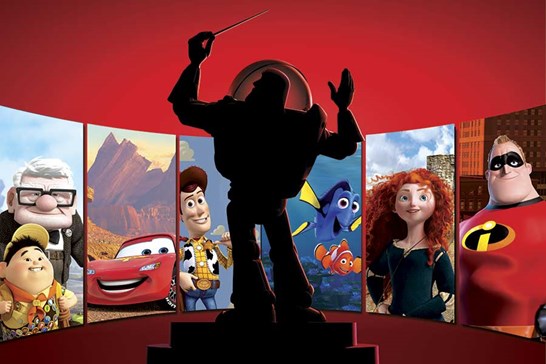 Pixar in Concert featuring heroes, villains and glorious music for young and old!

Experience visually stunning clips and memorable scores from each of Pixar’s movies, including Up!, the Toy Story trilogy and their 2013 release Monsters University performed live by the Adelaide Symphony Orchestra.

From Cars to The Incredibles, Pixar has forever impacted filmmaking and given audiences of all ages some of the most beloved characters in cinematic history.

A treat for audiences of all ages, this concert presents the collaborative relationship between music and storytelling in animation and how these stirring scores contribute to the stories unfolding on screen. Collectively, this music has won three Academy Awards®, received ten additional Oscar® nominations, and won ten Grammys.

Tickets are available through BASS.

What:  Pixar in Concert

Who:  Suitable All Ages