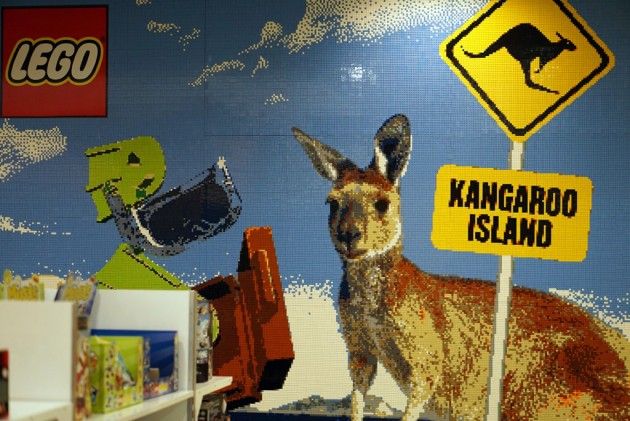 Taking a family day out to the city? You can turn it into a small LEGO-spotting adventure.

Here are three stores where you can find LEGO works of different sizes that are worth having a look at. Not only do the stores have LEGO on display, but each of them are known to stock exclusive LEGO sets too! Who knows? You may even pick up a bargain or a rare set on your little LEGO adventure.

Head up to the small toy department at David Jones to see this Ryan McNaught original. It’s a fun take on Glenelg’s Moseley Square. It’s amazing to see how he’s managed to scale everything down and also keep everything clearly recognisable such as the town hall design and memorial. It feels like a ‘chibi’ version of the popular tourist destination. 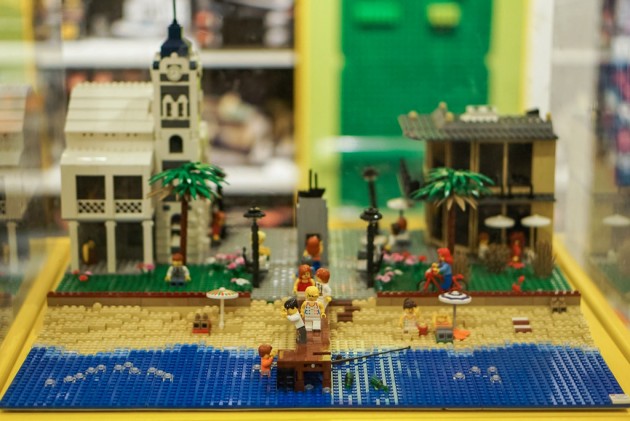 Also keep an eye out for the details in the town hall in particular. There are some nice techniques used here for the windows that reflects the real-life building. 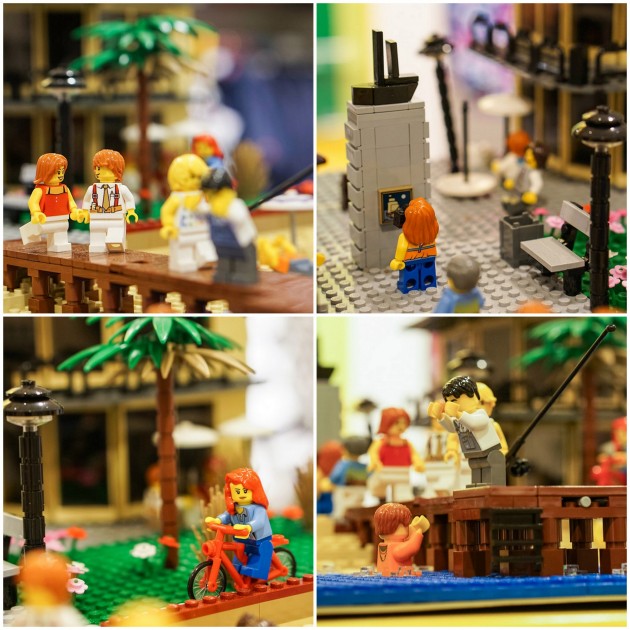 Unfortunately, when I was there, it looks like some people had taken the lid off and vandalised the display and there were clearly elements missing. It was pretty disappointing, especially when you have a display by Australia’s only certified LEGO Professional.

While you’re there, there’s also a couple of Duplo walls and a Duplo play table the kids can play on.

Visit Toy World on level 2 of the Myer Centre for a couple of larger LEGO builds including a classic, life-styled pirate captain and a LEGO lion. I have a feeling these are remnants of the old John Martins displays from years ago. If anyone has any further info, please feel free to mention it in the comments. 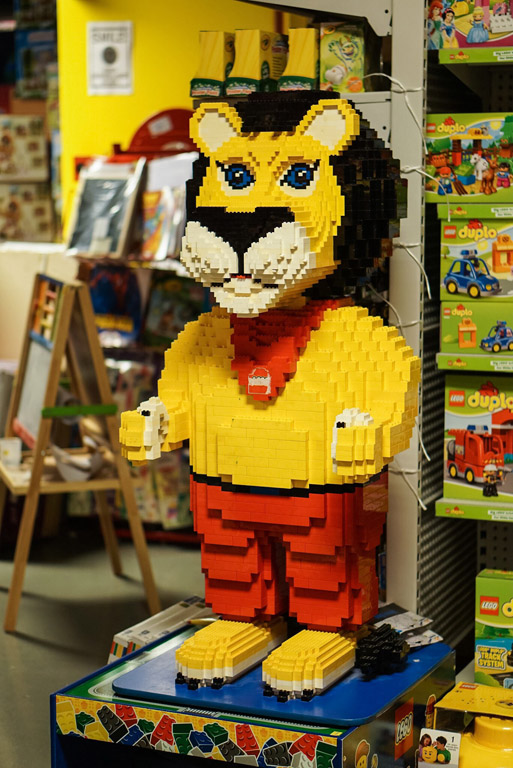 Toy World also have a few current sets in display cases too which can be fun for the kids who want to see what some of them look like when they’re built.

Also, as a side note, there’s a pretty good parent’s room up on Level 3 if you need a change/toilet stop with a fenced play area and comfy seats. 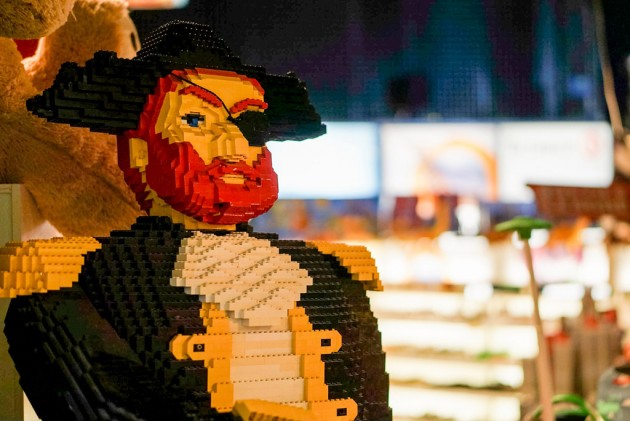 On the same level as Toy World, make your way through to the Myer toy department to discover two more Ryan McNaught displays. First is a scene from the 2013/2014 Ashes series as reflected by the heritage-listed Adelaide Oval Scoreboard. 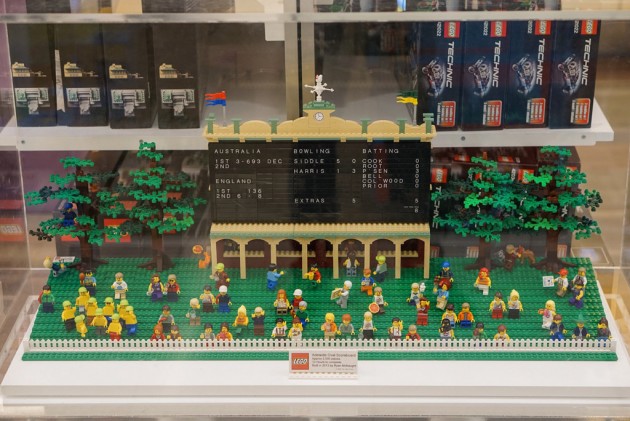 There’s plenty of action happening here with the LEGO minifigures enjoying the game (and the food and drink by the looks of things!). 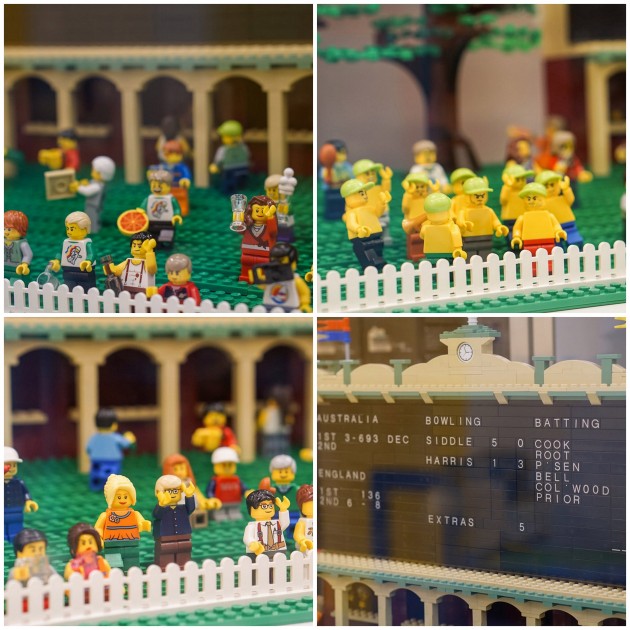 Next is a scene from Elder Park and the popular rotunda, looking out onto the River Torrens. There’s a fun wedding scene where it looks as if the groom has cold-feet, one minifigure is trying not to lose his boat and there are plenty of other minifigures enjoying themselves too. Although, I wouldn’t recommending going diving in the Torrens – I’m pretty sure you won’t find any starfish down there! 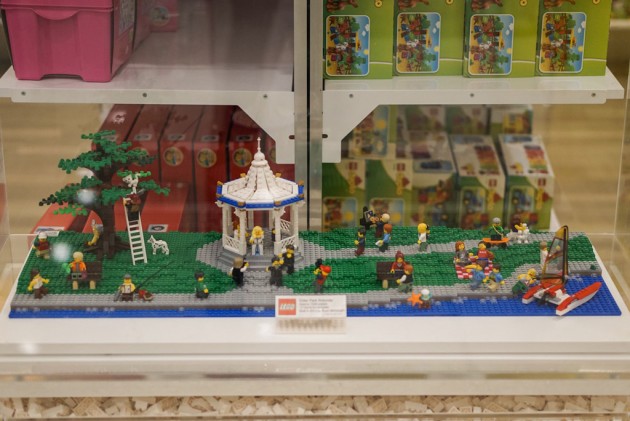 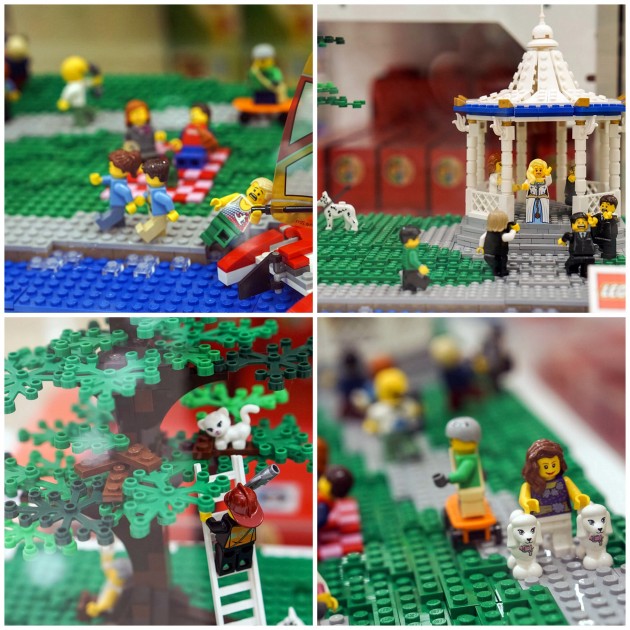 Of course, if you’re in the Myer toy department, it’s impossible to ignore the huge, life-size LEGO statue of the Dark Lord himself, Darth Vader!

This menacing display looks fantastic and may even be one to risk taking a selfie with. It’s great that you can get up close and see how the curves are done with bricks and the detail. It’d be awesome if they could add some effects to him – some lighting in the lightsabre or even maybe motion-activated dialogue? Imagine the reactions! 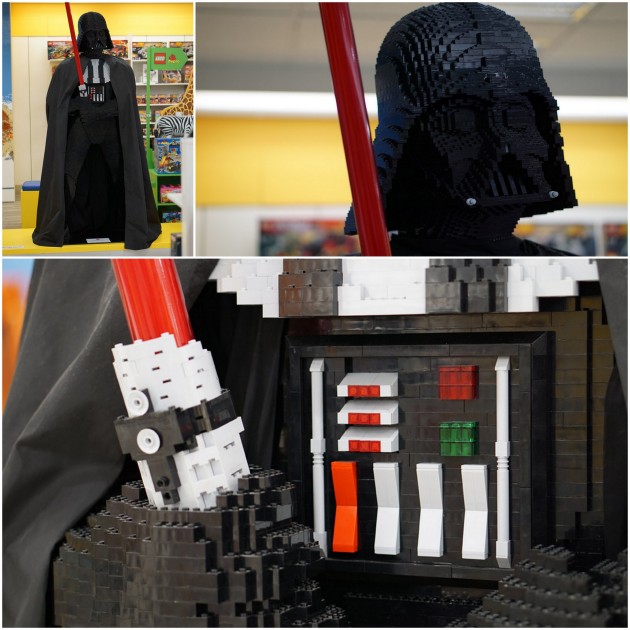 The other large LEGO artwork that could be easy to miss, is the large LEGO mosaic on the back wall, featuring Kangaroo Island. Also a Ryan Mcnaught creation, the mosaic is made of about 140,000 LEGO bricks.

For anyone looking into mosaics, I think this is a great example of balance when it comes to dithering colours without going overboard.

Well, there you have it – three quick stop-offs for LEGO fans in Adelaide’s central shopping district! 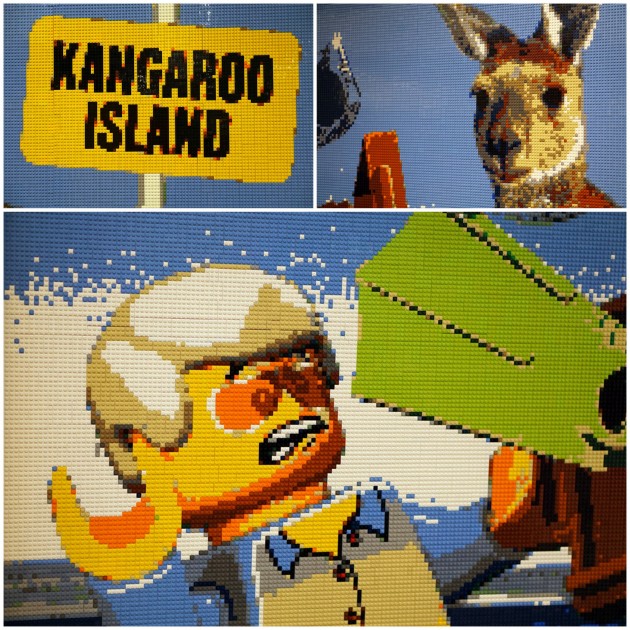 This article is published with permission from an original post ‘Quick LEGO stops in Adelaide’s Rundle Mall’ by Ben Teoh on the Southern Bricks LEGO User Group website. He writes DAdelaide posts about his adventures around Adelaide with his kids. Ben is an Adelaide based blogger, social media junkie, wannabe ninja and Play & Go Dad.

And if you were following Ben’s Instagram project last year where he followed LEGO figures around Adelaide, check out the #MinifigMarch Wrap Up! There are some great shots!

All images by Ben Teoh