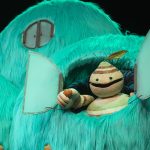 BEEP review
The brand new show from the makers of Grug, BEEP has a positive message about friendship and learning to welcome new people into your world.
Review by Susannah Marks
BEEP is set in a little village where each day is reassuringly familiar to the one before. The main character is Mort, a stripy, round creature who […] 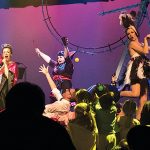 [ October 10, 2017; 2:30 pm; ]
Family Gala presented by Adelaide Festival Centre
Hosted by Ali McGregor & Eddie Perfect
After last year’s roaring response, the Adelaide exclusive Family Gala is back – ensuring that even the littlest cabaret lovers can get in on the fun.

Celebrate the 40th anniversary of Something on Saturday in true Adelaide Cabaret Festival style; dress up, strut your […] 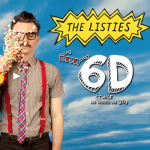 The Listies 6D
Review by Susannah Marks  |  Saturday 20 May 2017
If you’re looking for something fun to do this weekend then check out this hilarious interactive kids’ comedy show at the Adelaide Festival Centre.
The Listies 6D is all about the movies and (without spoiling the plot) you can expect haunted backpacks, vomiting puppets, toilet paper […] 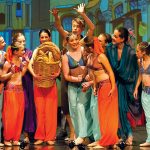 [ June 3, 2017; ]
Aladdin and the Genie of Unlimited Wishes by the South Australian Children’s Ballet Company
Presented by Adelaide Festival Centre

Featuring ballet choreography by the world renowned Paul Boyd, enjoy the talents of some of Adelaide’s best young dancers as they bring the classic tale of Aladdin to life.

When Aladdin learns that Princess Jasmine’s garden is dying, he […] 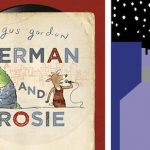 A newly commissioned score by the ASO for 2017, composed by Mark Simeon Ferguson and based on Gus Gordon’s delightful book Herman and Rosie. This is a story about friendship, music, life in the big city, and following your dreams. Eight musicians of the ASO will perform the charming musical adaptation of […] 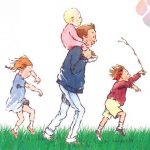 We are ready to roll with the school holidays. Unl