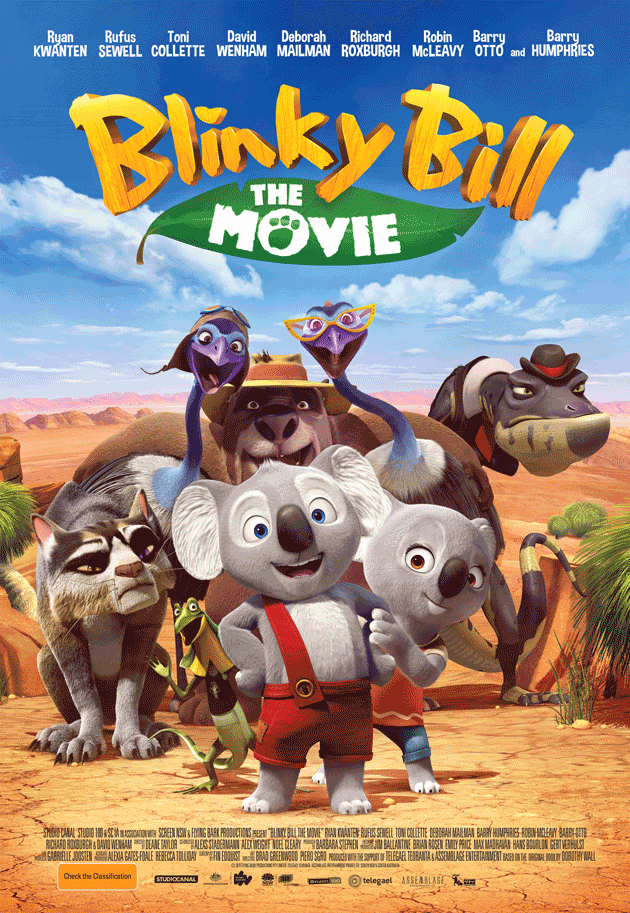 Adventure Has a New Name – Blinky Bill: The Movie!

Blinky Bill is a koala with a big imagination.

An adventurer at heart, he dreams of leaving the little town of Green Patch and following in his explorer father’s footsteps.  Mr. Bill went missing in the outback sometime ago and Blinky is the only one who believes his father is still alive.

When Blinky discovers a mysterious marker that hints at his Dad’s whereabouts, he embarks on a journey that takes him beyond the boundary of Green Patch and into the wild and dangerous outback.  He quickly makes friends with Nutsy, a zoo koala, and Jacko, a nervous frill-necked lizard. Pursued relentlessly by a vengeful feral cat who has a personal score to settle with Blinky, the trio must learn to work together if they ever want to survive the rugged Australian landscape and find Blinky’s father!

The cast of Blinky Bill the Movie is led by Ryan Kwanten as the voice of Blinky Bill, Rufus Sewell as the treacherous feral cat Sir Claude and Robin Mcleavy as Blinky’s best friend Nutsy.  Starring alongside them is Toni Colette as two charming yet gossipy emus called Sheryl and Beryl, David Wenham as the manic but loveable frill-necked lizard Jacko and Deborah Mailman as Blinky’s kind and courageous mum.  Rounding out this esteemed ensemble are Richard Roxburgh as Blinky’s adventure-loving father, Barry Otto as the tyrannical Mayor Cranklepot and Barry Humphries as the wildly eccentric Wombo.

For more information about this film please visit Blinky Bill the Movie‘s website.

What:  Blinky Bill: The Movie

Tones And I will be performing in Rundle Mall toda

How magical to have SA’s Gallipoli Beach all to