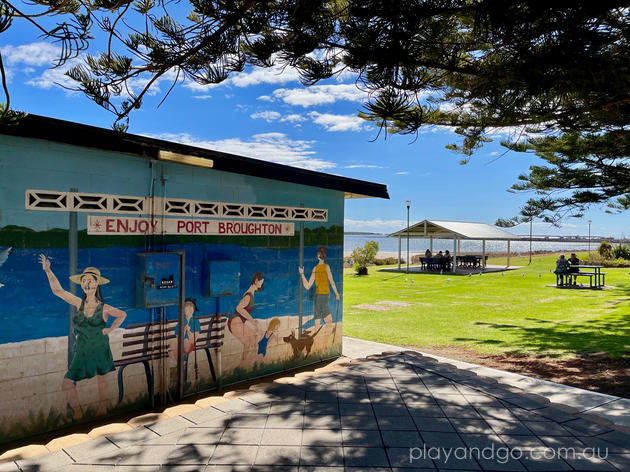 This sleepy fishing port on the Yorke Peninsula has it all: an extra-long historic jetty, an awesome bakery, and water fun.

Port Broughton is a town I’d long heard of but never been to.

That was until I stayed at the eco-friendly Pink Lake Tiny House in Lochiel, just 40 minutes away. (Check out my review of the accommodation here.)

Before we checked in at the Tiny House, we detoured to Port Broughton for lunch. And I’m so glad we did.

Port Broughton’s a small town, located at the northern extent of Yorke Peninsula on the Spencer Gulf’s east coast. Its 1000-odd population swells to about 4000 during the summer hols, being just two hours’ drive from the city. (Over half its population are 55-plus, suggesting it’s popular with retirees.) The town’s named after the Broughton River, and is sustained by a mix of fishing and tourism. 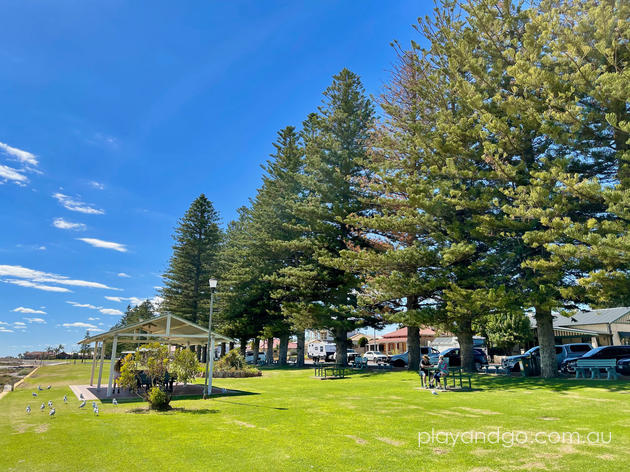 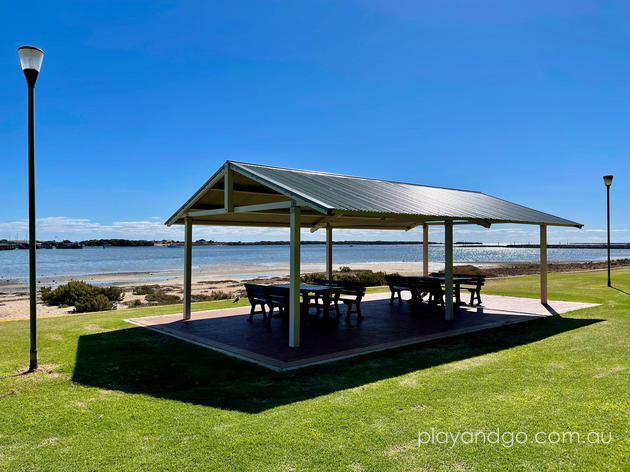 According to Yorke Peninsula’s tourism site:

“A popular seaside town, Port Broughton is a relaxing place to idle away time watching pelicans, dolphins or magnificent sunsets.

As you would expect from a South Australian fishing port, the seafood is plentiful, and Port Broughton has an enviable reputation as one of Australia’s premier locations for truly big snapper.

The boat-launching facilities at Port Broughton are excellent with dual-lane, twin-boarding pontoons providing all tide access. Or for some great fishing action, why not head offshore with a local fishing charter?” 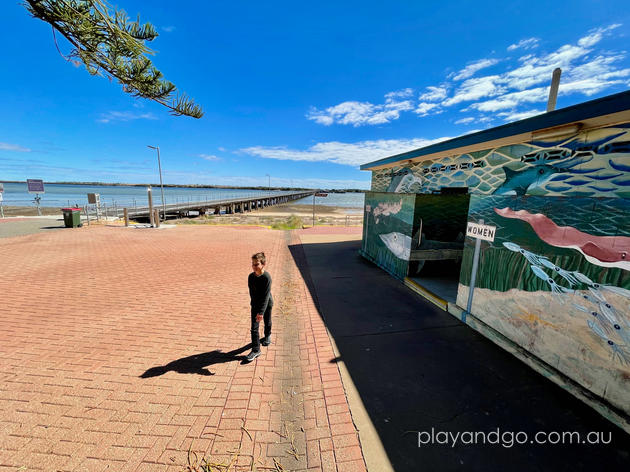 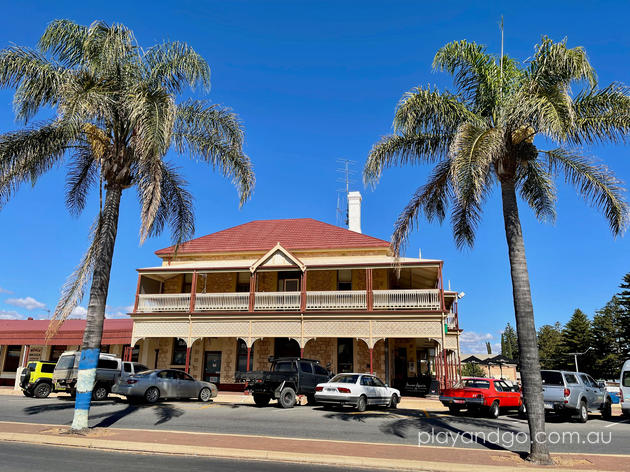 The town’s location at the peninsula’s top end ensures it’s a little drier and more arid than the more southerly ports. The area’s waters are also shallow, resulting in vast areas of seagrass, mangroves, and tidal flats – fab for fishing and crabbing!

Accommodation options in town include two caravan parks, various units, and a motel. 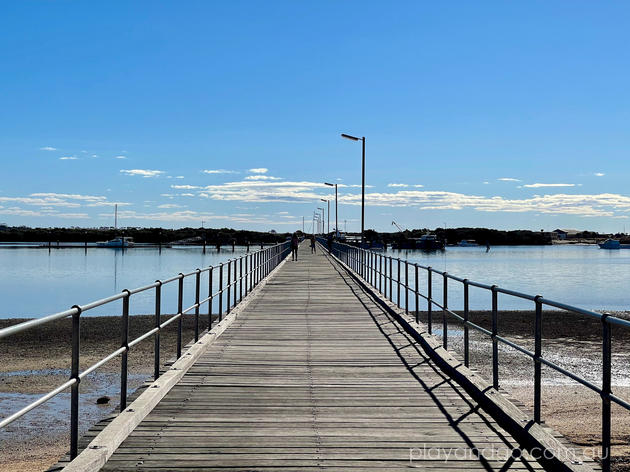 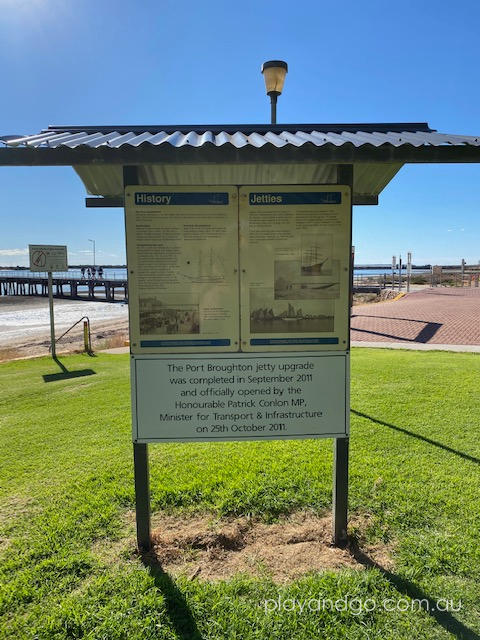 Just 5km north of the fishing port is the (equally) small town of Fisherman Bay, which has similar coastal features. It’s home to many holidaymaker shacks, plus its own small boat ramp. Shag Island lies between the mouth of Fisherman Bay and Port Broughton – an important breeding site for several species of cormorant.

For us, as day-trippers to the town, we enjoyed feasting at the Port Broughton Bakery, which is tucked away from the esplanade. The place is what country-bakery dreams are made of.

Along with the usual pastries, the eatery serves up baked potatoes, four-layered toasties, club sandwiches, hot dogs, burgers, roast rolls, and more. There were also packaged biscuits and cakes to take home, plus pot plants and other gift items. Just a hop, skip and a jump away is an antiques and collectibles store, if you’re in the mood to shop more. 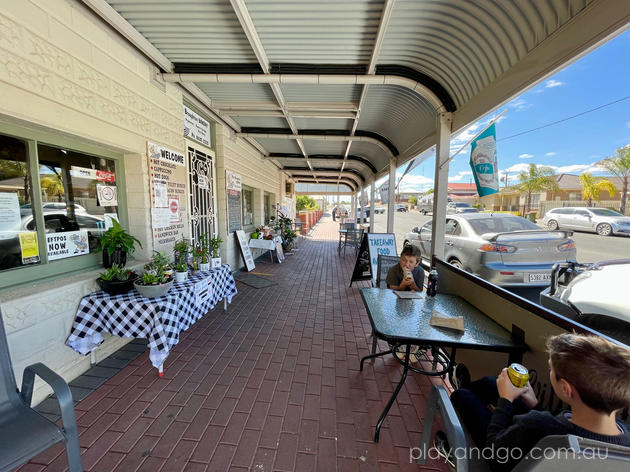 With full tummies, we then hit the beach. The boys enjoyed meandering along the old jetty and expending energy at the waterfront playground.

Afterwards, my husband and I did that typical holiday thing of looking at the ads in the real estate office’s window and dreaming about doing up a weekender there.

Later, once we returned to the city’s bumper-to-bumper traffic, we definitely hankered for the laidback, SeaChange-worthy vibe of Port Broughton. 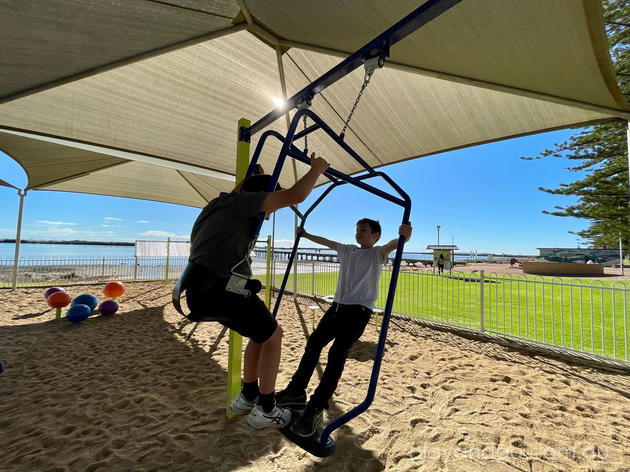 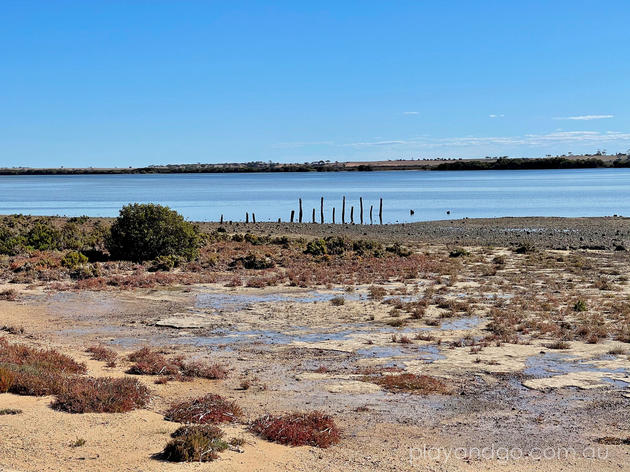 Coffee and food options nearby:

We can highly recommend Port Broughton Bakery for good, old-fashioned, country hospitality and fare. Palate 2 Palette restaurant, wine bar and art gallery is also said to be well worth a visit.

A Trip to See the New Loch-Eel Monster in Lochiel, South Australia | Review

When:   Anytime – the summer hols are particularly busy!

All photos by James Elsby and Carla Caruso for Play & Go Adelaide.