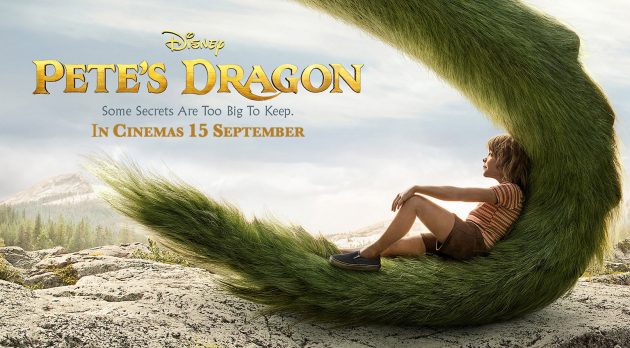 A reimagining of a cherished family film, Disney’s Pete’s Dragon is the adventure of an orphaned boy named Pete and his best friend Elliott, who just so happens to be a dragon.

For years, old wood carver Mr Meacham (Robert Redford) has delighted local children with his tales of the fierce dragon that resides deep in the woods of the Pacific Northwest. To his daughter, Grace (Bryce Dallas Howard), who works as a forest ranger, these stories are little more than tall tales…until she meets Pete (Oakes Fegley).

Pete is a mysterious 10-year-old with no family and no home who claims to live in the woods with a giant, green dragon named Elliott. And from Pete’s descriptions, Elliott seems remarkably similar to the dragon from Mr Meacham’s stories.

With the help of Natalie (Oona Laurence), an 11-year-old girl whose father Jack (Wes Bentley) owns the local lumber mill, Grace sets out to determine where Pete came from, where he belongs, and the truth about this dragon.

Pete’s Dragon is a warm and gentle movie which is sure to be a classic for families. Elliot is the most amazing looking dragon, the friendliest and cuddliest one you ever did see, and is so realistic in 3D that it will have you totally believing in a little bit of magic.

This is a Disney movie so it’s not surprising that Pete is an orphan. The opening scenes of how he came about to be an orphan may be a little confronting for littlies. A five year old all alone in a dark forest with wolves is a scary prospect, but thankfully this is short-lived.

Stepmothers can let out a sigh of relief – there is no evil wickedness here. Grace (played by Bryce Dallas Howard), is a stepmum who proves to be someone the kids are able to trust and rely on, and although sceptical at first, is willing to open her mind and her heart to possibilities beyond what she has always known. The movie does a beautiful job of portraying a modern blended family.

As you can imagine, the story lends itself to much sadness, and you will probably need some tissues. However, while it could have been gut-wrenching in emotion, the movie takes a gentler approach and holds back a bit, ie there are scenes where characters could have been in terrible distress but there is quieter sadness instead.

Scary factor: As mentioned earlier, the short opening scenes may be scary for young children. Elliot also does fire up in a dramatic scene when hunted, and his fire breathing causes a dangerous near death accident.

In some ways it’s the humans that are the scariest – the film touches on the ugly side of human nature; of destroying nature; hunting and harming an animal for a prize; and how destructive fear of what we don’t understand can be.

Pete’s Dragon is visually spectacular with a timeless look about it. Elliot is the most amazing CGI dragon, but the backdrop will also have you mesmerised. While the story is set in North America, the movie was filmed in New Zealand, so the scenery is absolutely stunning.

This is a tale that families can enjoy together – it’s good old storytelling rather than action packed adventure. Our group included kids from 8 to 15 years old and was enjoyed by both the kids and adults.

Want to see Elliot flyer over your house?

Just type in your address HERE to see a little bit of magic happen near you.

For more information and all enquiries please visit the Disney website.

Where:  Check cinemas near you 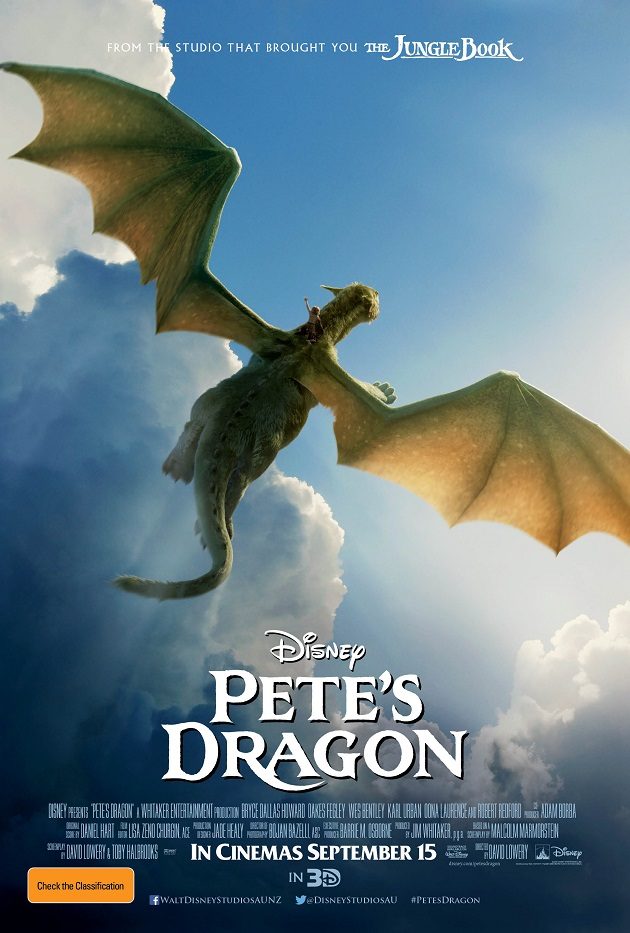