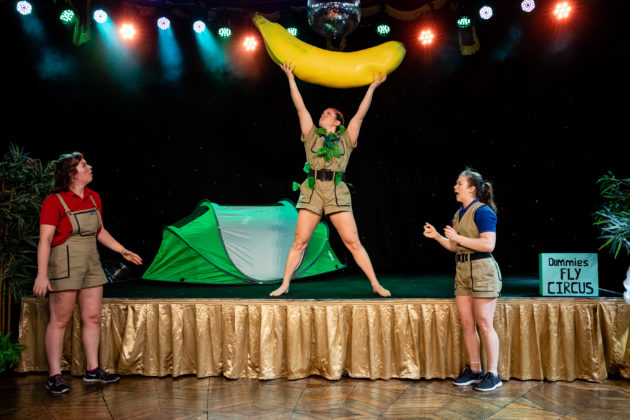 Don’t Mess with the Dummies at the Adelaide Fringe – Review

When you walk into a theatre and find rolled-up socks and undies on the seats, you know you’re in for a different sort of show. (These, as we soon found out, were for throwing into the performers’ backpacks once they hit the stage.)

The theme of Dummies Corp’s all-female circus comedy show is ‘going on an expedition’. And appropriately, the trio of performers – Ellen Henry, Shona Conacher and new member Sarah McDougall – were all dressed like girl Scouts.

The jungle/camping theme continued throughout the mash-up of circus, comedy, and imaginative play. There was a disappearing act behind an oversized map, ‘singing’ sleeping bags, and shadow puppetry from inside a lit-up tent.

But what really set the show apart was the performers’ interaction with the audience, whether they were throwing popcorn into the crowd for the kids to catch with their mouths or spraying us all with silly string (which you could buy after the show). When banana lollies from a big banana were chucked into the audience, it was like a feeding frenzy at the zoo. The kids went cray-cray; they loved it!

In between all the slapstick comedy, the performers also pulled off some serious feats, in acrobatics, hula hooping, trapeze, rope-jumping, and juggling. My twin sons were particularly impressed by one performer’s backflips – “without a trampoline!”, as they exclaimed.

It was great, as well, seeing a diversity of female body shapes on display, from sturdy, strong women to the more typical petite performer variety.

There were a few adult jokes in the mix, including one involving swiping right on a banana Tinder-style, but mostly it was all bum, snot and barf gags. One highlight was when the performers did a slow-mo Charlie’s Angels-style to catch a fly. The upbeat soundtrack, from The Pink Panther theme to The Lion Sleeps Tonight, also kept the energy high.

My boys were entranced the entire show. Think I might need to sign them up for gymnastics now…!

(Note to parents: We bought some drinks nearby pre-show and learned that the Garden has a ‘no lids’ policy. Juggling two drink bottles, without lids, was no mean feat with kids. So, it might be best to come prepared.) 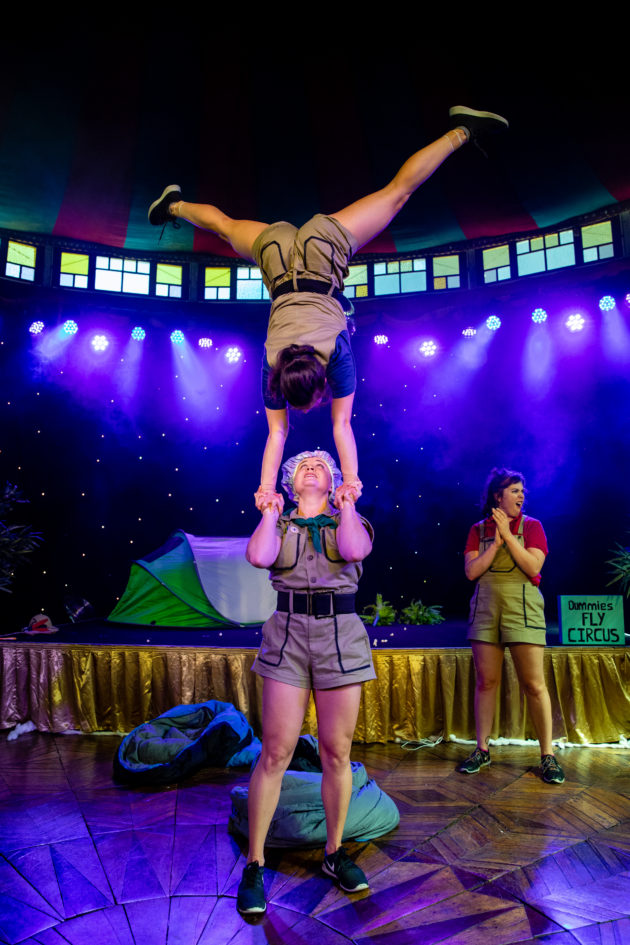 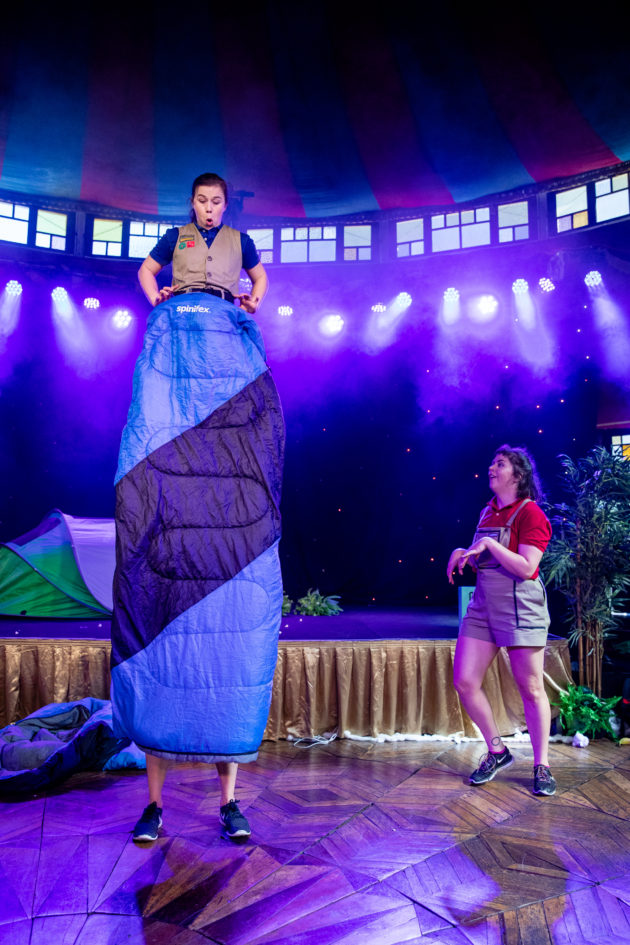 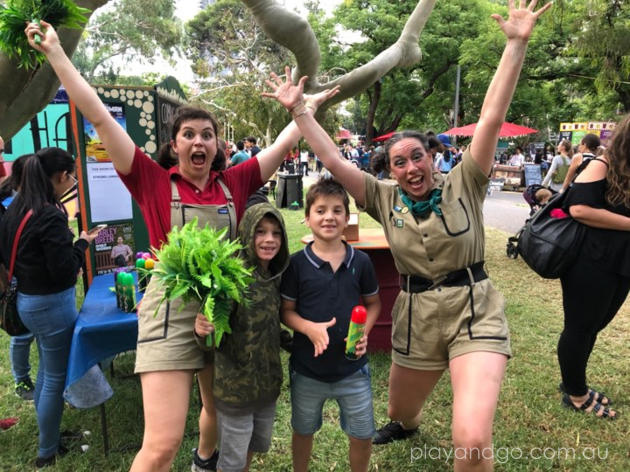 What: Dummie Corp’s Don’t Mess with the Dummies