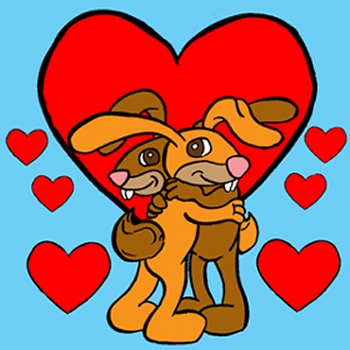 With comedy, cabaret and a huge amount of fun for all the family to enjoy together, the energetic and informal variety showcase Huggers returns to Adelaide for a second year after sell-out shows at festivals worldwide.

There’s enough variety to entertain all ages, with a different line-up at every show – and performers selected from the best comedians, cabaret performers, children’s entertainers and street-performers at the Fringe. It’s the same kind of concept as Kids Comedy Gala and The Breakfast Club – Stand Up for the Early Risers, giving you a little taste of three different acts, which may be all your kids have the attention span for, or will give you an idea which shows you might like to see in full.

Along with the day’s performers, host Nik Coppin (below) keeps the laughs going, as well as introduces competitions, prizes and silly games. At the start of the show the bunny family on the stage are handed out to willing children in the audience to hug during the show; a group hug is encouraged between families in the audience and there are hugs between performers as each act takes over, hence the name ‘Huggers’. In between acts he gets all the audience involved in quizzes, like guessing movie themes, handing out sweets for right answers (or just clever answers). He makes sure the sweets get shared around so none of the kids miss out. 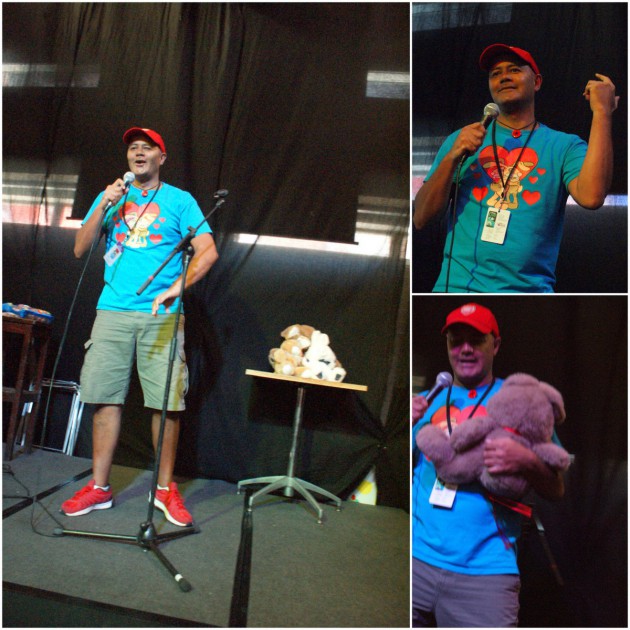 Our first performer was Benny B, as Benny the French Chef from Wollongong, creating jokes and balancing acts out of his basket of kitchen utensils. 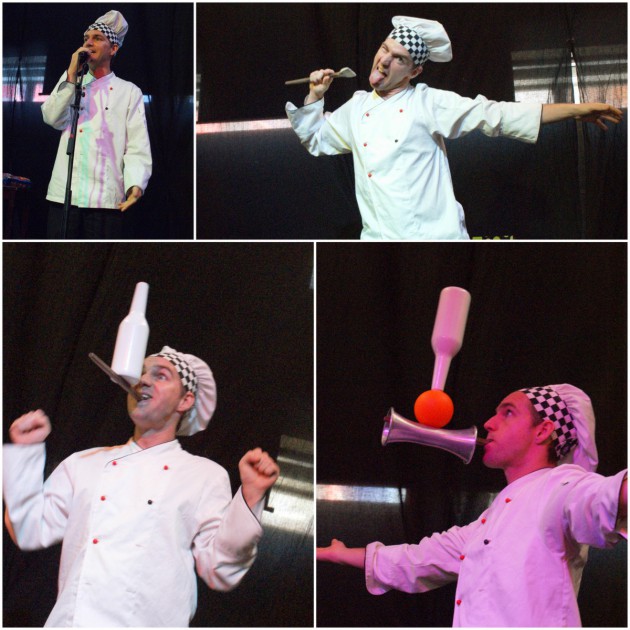 The sword fight to the death with one of the Dads in the audience created side-splitting laughter. Benny B is currently performing in his solo show Snarp. 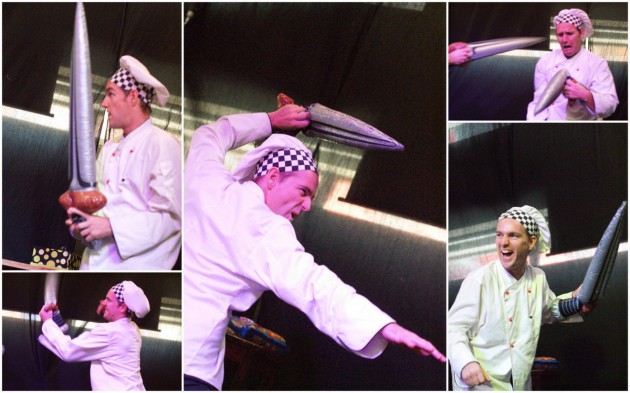 Next up was Sullivan & Bok who got the audience clapping, “wooing” and making animal noises; and a game of ‘Marco Polo’ with a hiding Sullivan, got everyone involved and laughing. Any show which gets kids up on the stage to help out is always a winner with the younger audience. The venue is smaller than many of the tent venues too, which means that all the kids in the audience can be involved. Some children may find this less overwhelming and intimidating than in a larger arena. 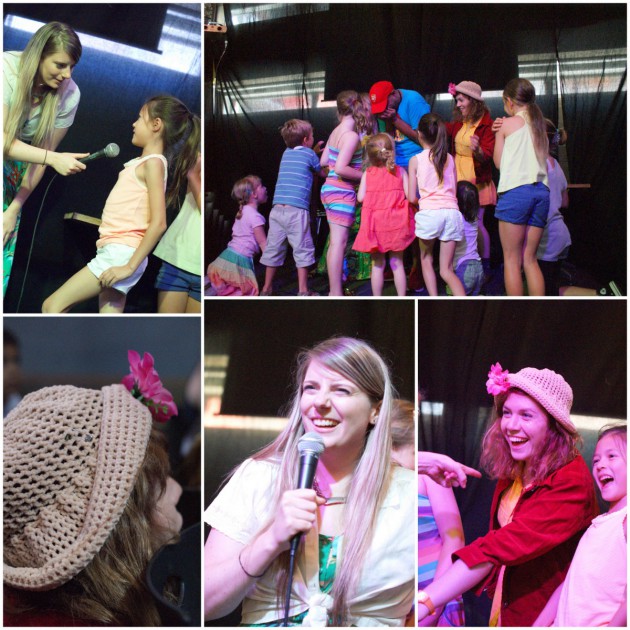 The final act for the afternoon was Irish magician Paddy McCullagh who is a seasoned peformer with the ability to use his great sense of humour, feeding off the audience with easy improv. He amazes us with his balloon swallowing and entertains with his rope tricks (or as he calls it “thick Irish string”) as well as cups and balls tricks. You can check out Paddy’s solo show The Man with a Hat. 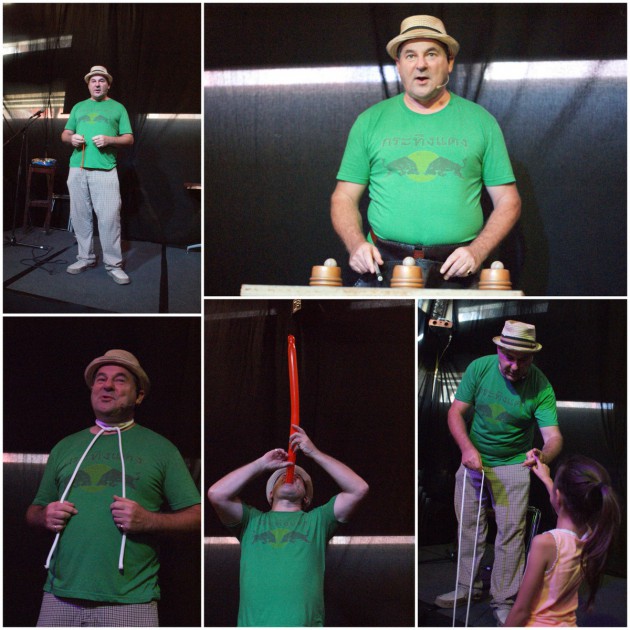 Being in The Bunka (a back room) at The Austral Hotel, the venue is air-conditioned, so on a hot day you won’t need to worry about sweltering in the heat of some of the tent venues. Also a family ticket is only $35 for a 60 minute show, which is great value and less than half the cost of some other similar shows.

Huggers is a great way for families to enjoy a taste of the Fringe. Kind of like Forrest’s box of chocolates that you don’t know what you’re getting, but it’s a great afternoon treat for all. Miss 7 and I had a great time at this one and it was obvious everyone else in the audience did too.

See Fringetix here for more information and ticket bookings. Family tickets are available at FringeTIX box offices or by calling 1300 621 255.

When: Fridays, Saturdays & Sundays throughout the Fringe plus Monday 11 March 2013