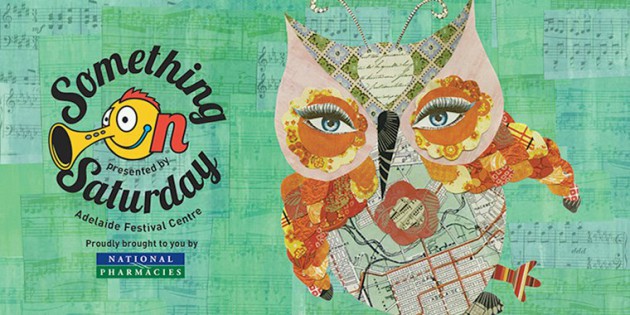 The Adelaide Festival Centre’s Something on Saturday program continues to delight and entertain more than 15,000 people every year, with many South Australian children aged 3 to 10 enjoying their first theatrical experience through the program.  So if you have children in this age bracket be sure to join Sofia the Owl this year for a fantastic selection of shows including a few old favourites as well as some new shows involving singing, dancing, comedy and much more.

The full 2013 program was released today, 12 March 2013, and Something on Saturday subscriptions are now on sale.  Subscribers have a priority booking period from now until 1 April 2013 when booking tickets for 4 or more shows, plus they are given priority seating if the booking is received by BASS before this date. Subscriptions will be accepted after this date, but will be subject to ticket availability.  Single tickets go on sale from 2 April 2013.  The Something on Saturday program will run every Saturday from 4 May to 7 September 2013.  To purchase tickets, click here.

What:   Something on Saturday

🏖️ We're so lucky in South Australia to be ab

{Pick Your Own Strawberries} *BEERENBERG* 🍓If y