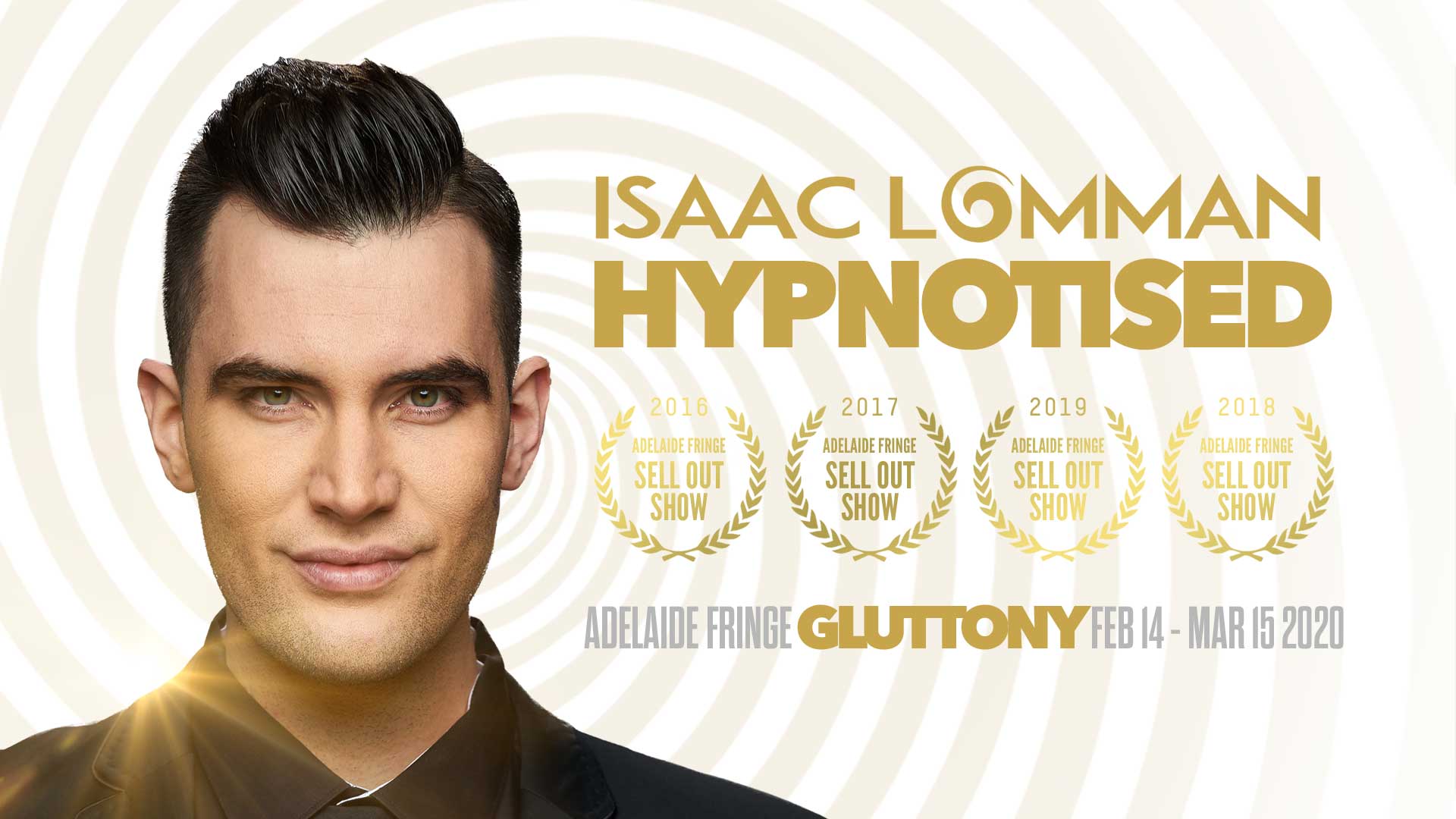 I’d seen Isaac’s dazzling eyes on the publicity material, and then viewed some of his clips on YouTube which left me wanting to ‘see it in the flesh’… so I did!

‘Hypnotised’ was my first ever hypnosis-themed show and it didn’t disappoint. I sat there eagle-eyed watching the volunteers, waiting for smirks or other signs to help me detect if they were truly ‘under his spell’, or just faking it. As it turns out Isaac can spot those not truly in the required trance-like state anyway and they were allowed to return to their seats.

Having seen the show, I don’t think it would have been possible to act your way through Isaac’s instructions anyway. Isaac had entertaining ways to create ‘loops’ of activity, which involved giving a command to one volunteer (e.g that when he would hear a certain word, he was to blow his whistle) while telling the next volunteer that if they hear a whistle they were to do something else. The result was a stage full of people doing different and contrasting things at the sound of just one word. One of my favourites was the young woman who was given the direction to stare at someone in the audience who she found appealing…. I would check back on her from time to time to find her just staring/glaring at a person in the crowd! It just seemed like something that couldn’t be faked, particularly when her nature seemed quite quiet and innocent.

During our show, after a volunteer had been instructed to do a certain action if he heard a siren (with Isaac then playing a siren recording), an ambulance actually drove past the tent on East Terrace, so the participant did the same action! Isaac seemed to love this twist in the show and enjoyed the spontaneity. 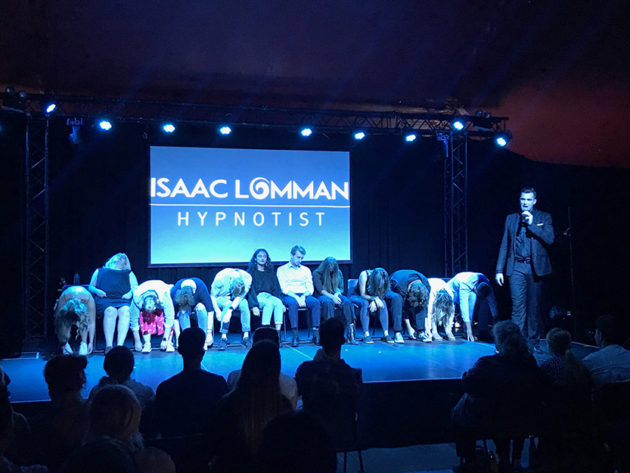 After the show I chatted to one of the participants who said she did things under hypnosis that she wouldn’t normally do as readily or confidently, or move in such an extreme way (like being draped over like a rag doll, see picture above). She genuinely felt that when Isaac told them they were riding a unicorn, that it was real! And that the person next to her smelt really bad (which Issac had told her she would experience)…. though she couldn’t pinpoint the aroma exactly. She was so happy to have experienced it on stage and was conscious the whole time but just experienced everything in a slightly different reality, for example normally she would feel embarrassed or laugh when other people were laughing but she was much more calm.

I would definitely recommend Isaac Lomman’s show and he was one of the dual winners of the Best Magic Show award in the Bank SA Fringe Weekly Awards so clearly I am not alone in thinking it was very entertaining. I’d love to return and be a participant, just to know how it feels! This show is suitable for kids though I believe volunteers on stage need to be over 16.

‘Hypnotised’ is playing at two venues in Gluttony until 15 March 2020.