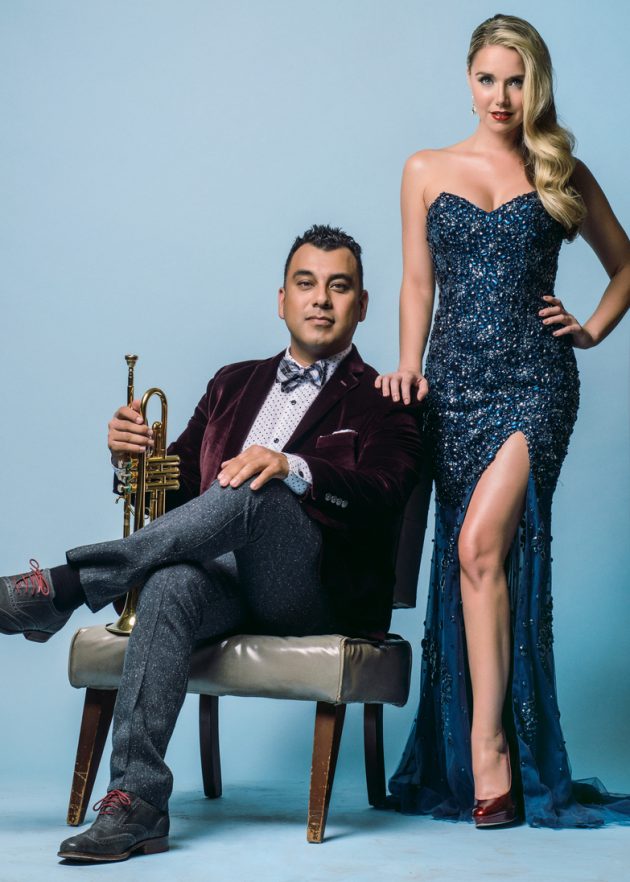 What do Westminster School music students have in common with Stevie Wonder, Christina Aguilera, Bob Dylan, Josh Groban, LeAnn Rimes and Natalie Cole? From August, they will have all performed alongside Grammy award-winning LA-based trumpeter, producer, vocalist and writer Willie Murillo. Westminster School in Marion is bringing the music and sounds of a leading Los Angeles performance duo down under as part of a special concert to be held in Adelaide next month.

Willie is one half of that duo. He will be joined on-stage by one of LA’s premier vocalists and performers, Becky Martin – who is also his wife.

Westminster School’s Music Night LA Down Under will be held at Westminster’s Michael Murray Centre for Performing Arts on Friday 19 August at 7.30pm.

LA Down Under performers Willie Murillo and Becky Martin

In addition to performing and recording with some of music’s biggest names, Willie has played trumpet for motion picture soundtracks including Anchor Man 2, Frozen, Cars 2, Elf, Christmas with the Kranks and Stuart Little, as well as TV shows The Tonight Show with Jay Leno and the Late Show with David Letterman.

Currently performing with The Big Phat Band, a jazz ensemble in California led by Gordon Goodwin, he has also performed with the LA Philharmonic, Pacific Symphony Orchestra, Hollywood Bowl Orchestra and The Brian Setzer Orchestra.

Becky Martin has worked alongside world-renowned artists such as Natalie Cole, The Gypsy Kings, Arturo Sandoval and The Big Phat Band. A studio recording artist, Becky has released two albums – a solo album titled Introducing Becky Martin and a second release called Remember Me When. She has performed at the Hollywood Bowl and has featured on Disney TV shows such as Phineas and Pherb and Sofia the First.

“We are excited to present what will be a spectacular night of music and entertainment with top-performing LA-based duo Willie Murillo and Becky Martin and Westminster students,” said Westminster School Principal Mr Steve Bousfield.

Tickets to Westminster School’s Music Night LA Down Under

Tickets are $30 for adults and $20 for concession.

You can book your tickets now through Trybooking.

What:   Westminster School’s Music Night LA Down Under

How cool are these stingrays! @_katventures visit

*INNESTON LAKE* As well as gorgeous beaches, we di

A little note from @holdfastbay • If you're head