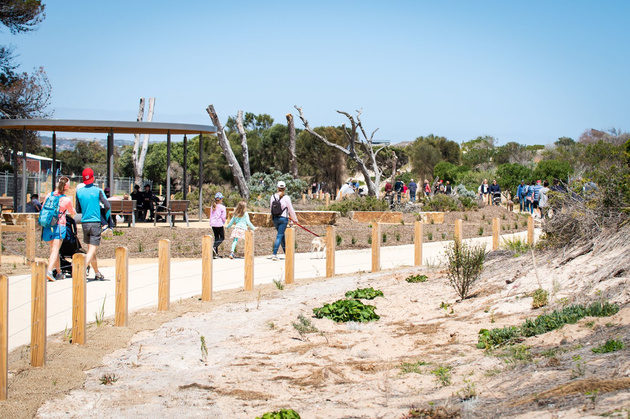 The $5.3million project includes a 500-metre long pathway through the Minda Dunes, a multi-use public plaza at Somerton Surf Life Saving Club, along with a large elevated deck and public seating with spectacular views of the sea. 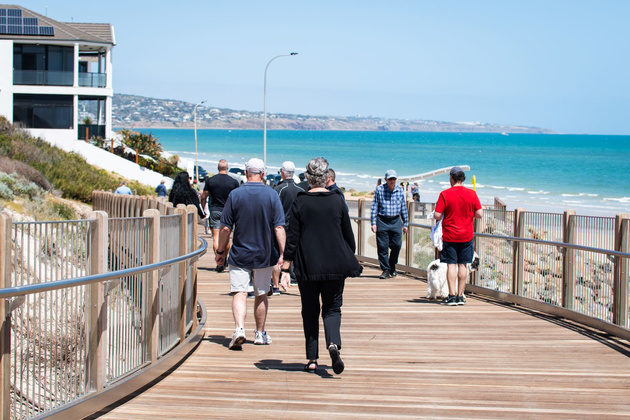 City of Holdfast Bay Mayor Amanda Wilson said the project, which has been under construction for almost a year, now links the council’s two Jetty Road mainstreets in Glenelg and Brighton.

“Minda Coast Park will be a hugely popular coastal pathway that will link our community. People can now walk or ride along the coastal path uninterrupted between Glenelg and Brighton for the first time,” said Amanda Wilson. “The Minda Dunes is a beautiful and culturally important section of our coastline. A significant aspect of the project has been the protection and revegetation of the remnant dune system including the planting of more than 10,000 native plants.”

The Minda Coast Park features a new public education zone near the dunes, with a focus on the indigenous environment and natural plantings. There are new seating areas, a picnic shelter, and public art installations. 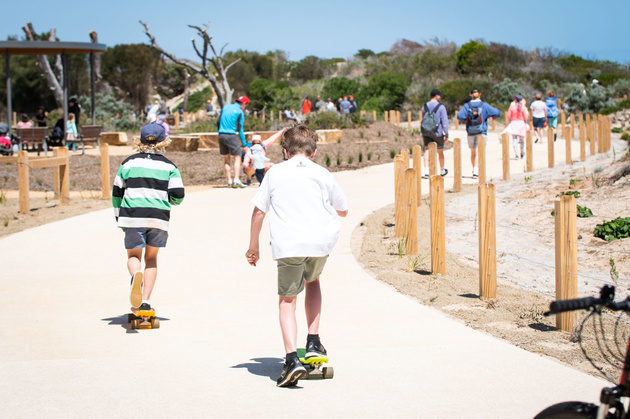 Other features of the Minda Coast Park include: 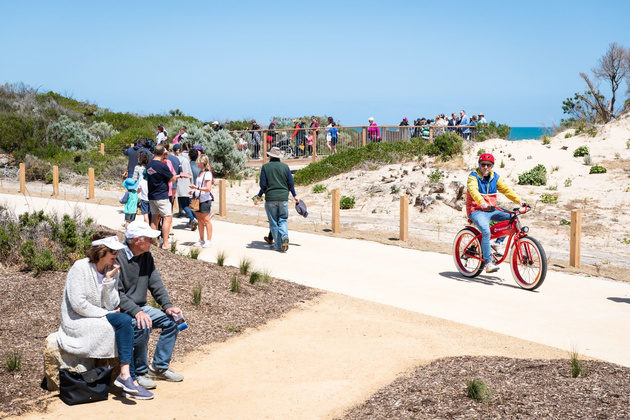 The project received $4.3 million funding from the State Government’s Open Space Grant from the Department of Transport, Planning and Infrastructure and the City of Holdfast Bay committed a further $1 million. A joint initiative between the South Australian Government and Adelaide’s six coastal councils, the Coast Park is a continuous two-way pedestrian and cyclist trail along the metropolitan Adelaide coastline. When complete, it will stretch for 70km along the length of Adelaide’s coastline from North Haven in the north to Sellicks Beach in the south.

For more information and all enquiries please visit the City of Holdfast Bay website.

Where:   Minda Coast Park | links esplanade from Glenelg to Brighton 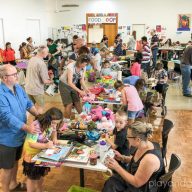 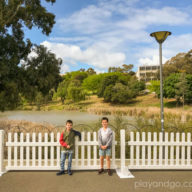 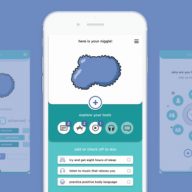 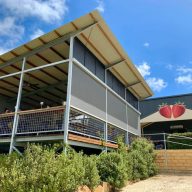 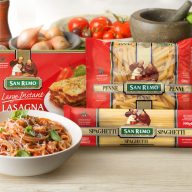