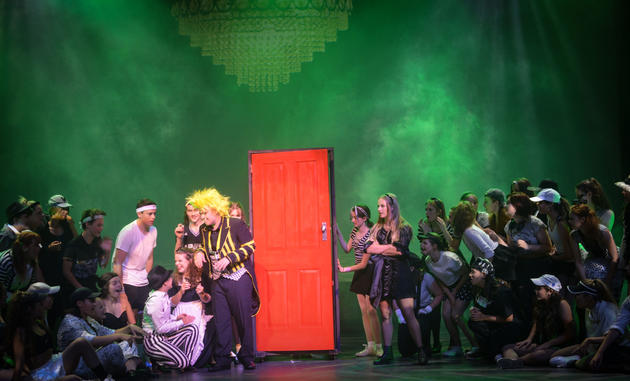 When you put 88 talented young people together on a stage they sure can create a whole lot of magic. Music Theatre Camp (MTC) by Pelican Productions, is an intensive school holiday program where performers aged between 8 to 19 years are trained in singing, dancing and acting. It’s quite unbelievable to think that they manage to create a polished musical stage production in under two weeks, but Directors Jen Frith and Kylie Green have been running the program for sixteen years now, so you can imagine they know what they’re doing. 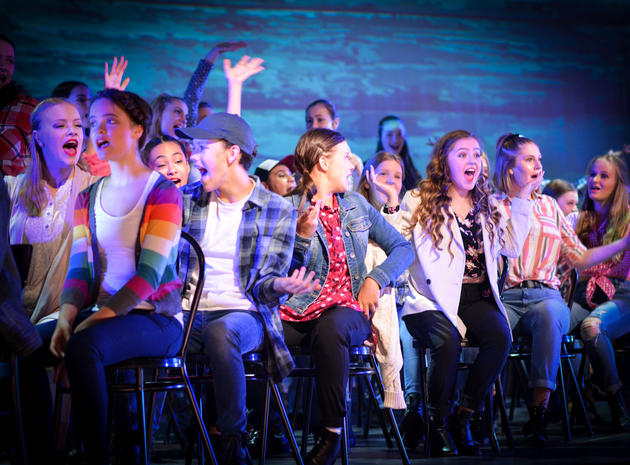 This year’s production ‘Found’ is an eclectic medley of stage shows. There’s a taste from some much loved Broadway classics, while others are new shows that are playing around the world currently, which audiences haven’t seen in Adelaide before.

The cast are made up of a junior group of performers and also a senior group, the latter opening the show with one of the newest pieces Come From Away. This is a hit overseas and premiered in Australia recently in Melbourne. It’s a fascinating true story of thousands of stranded passengers who were diverted to a small town in Canada on September 11 2001. The show re-creates what it was like for the people in the small town who had plane after plane landing on their doorstep that day; the confusion and anxiety of the passengers; and also the perspective from a pilot. It’s a challenging piece of theatre for these young performers to tackle and they tell the story so well with heartfelt realism, portraying characters much older than their years. 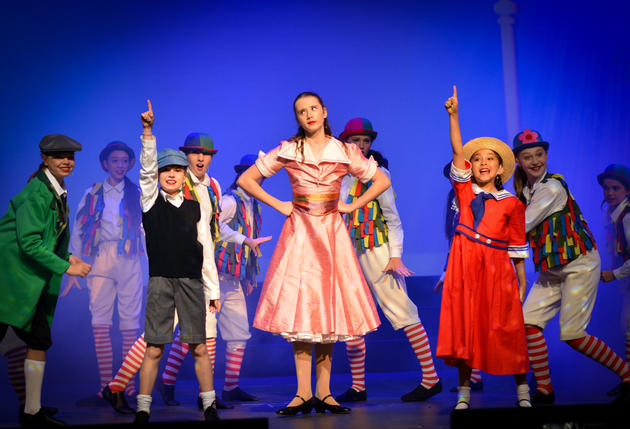 The junior group follow with some favourites from Mary Poppins. You know they are a clever bunch of kids when they have to spell “Supercalifragilisticexpialidocious’’ – you try spelling, singing and dancing to this all at the same time! As with the other sets, there is a mix of beautifully sung solos along with full ensemble numbers with lively singing and dancing.

Six is another newer smash hit musical which has taken the West End by storm since it premiered in 2017. A modern retelling of the lives of the six wives of Henry VIII, presented as a pop concert, it’s been touted as a celebration of 21st century girl power. The dynamic six young performers in Found bring on the sass and wow us with these numbers, backed by the energetic ensemble. 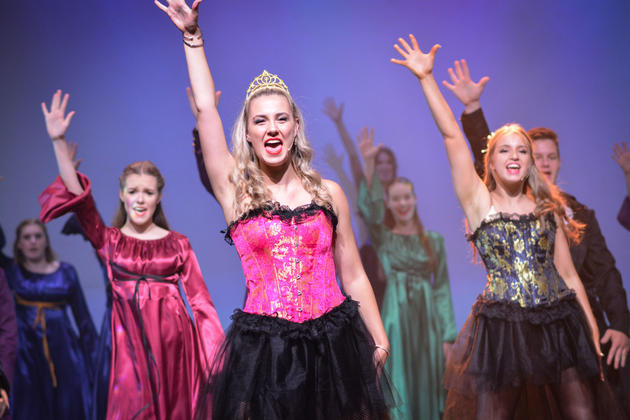 Other more familiar classic sets are from Beetlejuice, Bugsy, Aladdin and Les Miserables, however they have chosen a few of the lesser known numbers too within these musicals. We are transported from Canada, London, the streets of Arabian Nights and 19th Century France with ease, as the stage sets transform so smoothly such that you barely notice.

Moulin Rouge is a showstopper. If you loved the movie or have been lucky to see the stage show you’ll be pleased to see that they manage to cram in a bunch of favourite numbers into this set, including ‘Your Song’, ‘Sparkling Diamonds’, ‘Diamonds are a Girl’s Best Friend’, ‘Single Ladies’ and ‘Come What May’. The vocal talent is strong here and the cast do a fabulous job of bringing the colourful cabaret to life. Look out for the wonderful violin soloist too.  Interestingly my fourteen year old daughter and co did not know Moulin Rouge – I had forgotten this was out before their time (can you believe the movie was released in 2001, making me sound ancient)! We’ll definitely be putting it on the movie night list soon. 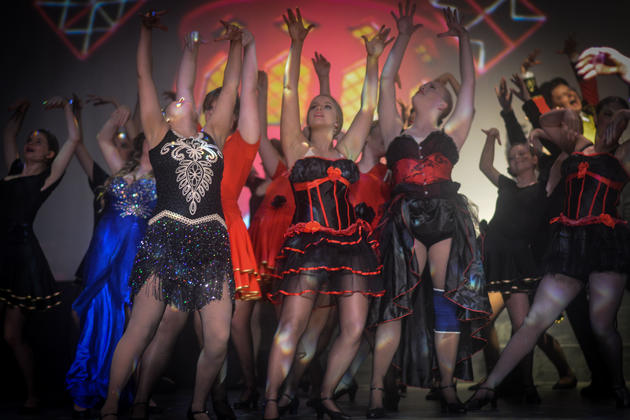 Just when you think it’s all over, we get treated to one more set from Dear Evan Hansen from where the song ‘’You will be found”’ and the title of the show ‘’Found’’ is from. It’s an uplifting number highlighting some beautiful vocals from performers of different ages. It also showcases how important each member of the team is to the show with a wonderful video in the background bringing the full MTC cast together. We love a good finale and this one will have you clapping along with glee.

For a thoroughly entertaining treat, go and catch one of the shows and support local youth theatre. It’s a pleasure to watch young people come together with hard work, dedication and teamwork, and obviously enjoy their experience – you can see it in the energy they exude, and the joy on their faces.

The show is probably more suited to older children over 8 years old with some of the musicals like Come from Away and Six with content for older audiences. 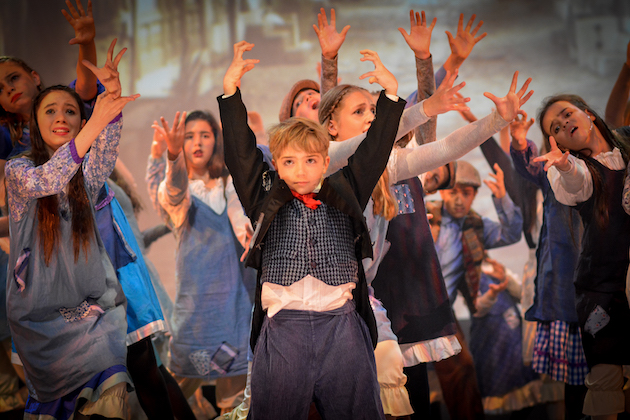 Around 300 performers altogether are split into three groups, all learning the same material, with each group performing two shows over the weekend. We attended the Friday opening night group called Hollywood – the Broadway and West End groups will perform during the weekend. Each group will perform twice over the two days. We have no doubt that each group are equally talented. Last week another junior cast of 102 kids in Spotlight, also performed. 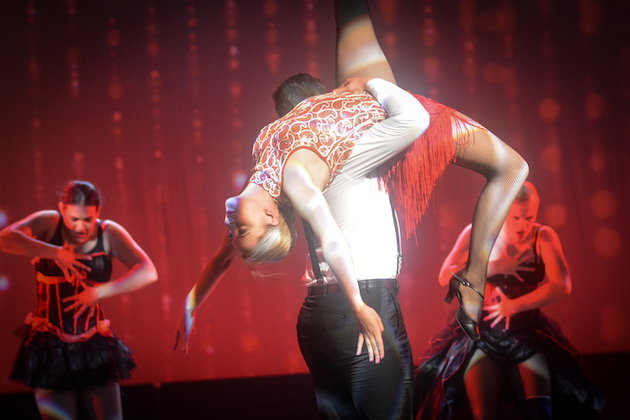 To have all the magic happen on stage, it’s only ever possible with a great team onboard in the production. In this case the dedicated directors, choreographers, vocal tutors and production crew are essential to producing such a polished full scale musical. Bravo to the whole cast and crew.

Get details for the show Found here