Summer and Gelato | A little afternoon treat at Cafe Bravo 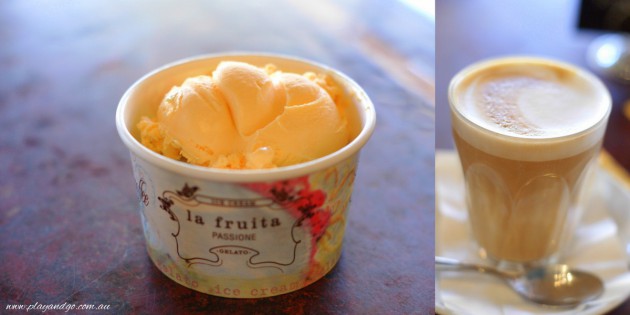 When it’s a hot day and you’ve been hanging out at home all day, sometimes things get a bit stir crazy by the afternoon. Especially if you have kids like mine who like to be out and about or just outside. Sometimes this calls for a little ice cream outing. 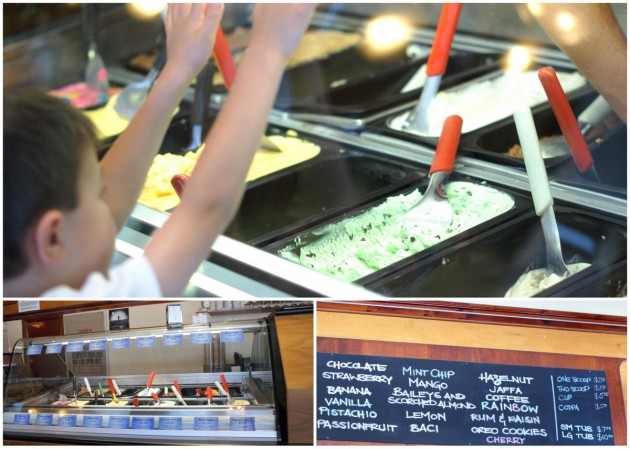 You could go to an ice cream shop like Cold Rock, Wendy’s or Gelatissimo for a special treat,  but I sometimes shudder at the thought of spending up to $6-$7 for a serve.

If you are looking for a little outing that won’t break the bank, consider going to an Italian cafe which serves Gelato. Often it’s a much cheaper option. 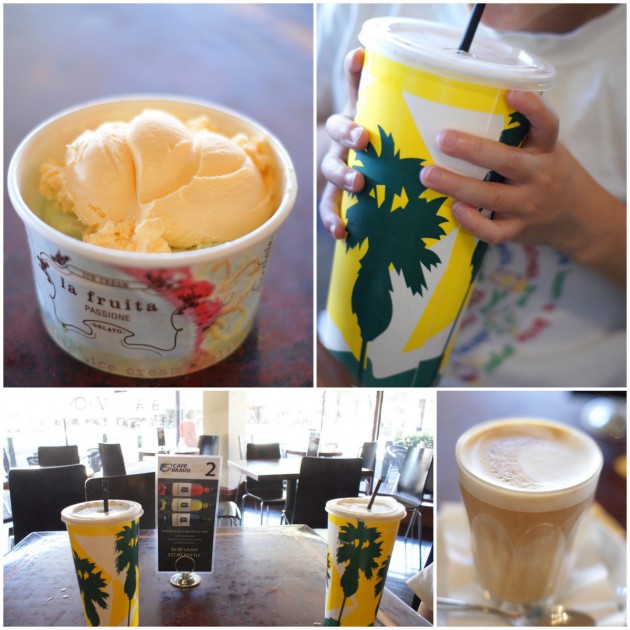 We love Cafe Bravo on The Parade in Norwood. At $2.50 for a single scoop of gelato or less than $4 for a huge milkshake (made the old-fashioned way with real ice-cream rather than soft serve), you can even afford to get a coffee too. {Prices are effective as of January 2013} 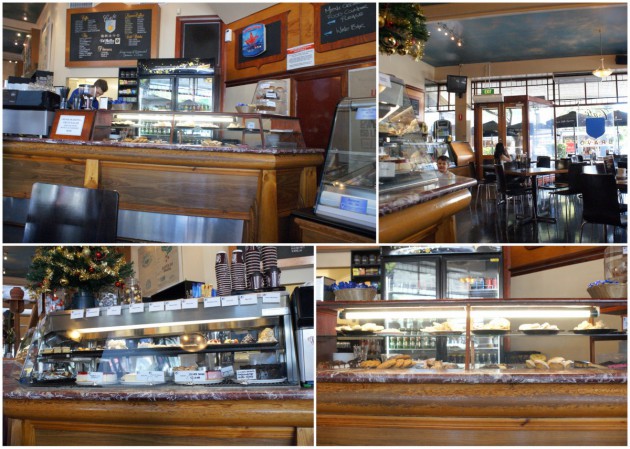 There are also plenty of other sweet treats on offer as well as meals of course.

What we like about Cafe Bravo is that it’s a big cafe – lots of tables of different sizes so whether it’s just you and the kids or a group of friends and family, they can accommodate. There is a change table in the disabled toilets and plenty of highchairs available too. Service is pretty quick and friendly. Whether you have the bacon & eggs or fresh fruit salad with honey & yoghurt for breakfast; pasta, pizza or a main course for lunch or dinner, it’s quite consistently good. 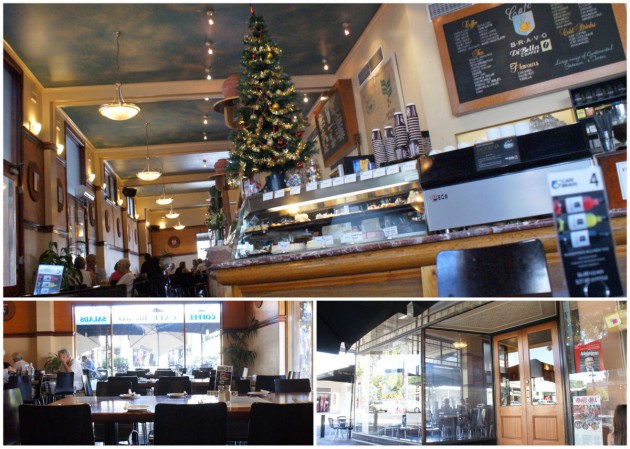 There is the hum of the cafe crowd which is noisy enough so your kids aren’t going to disturb the quiet. There are kids meals on the menu but like most cafes they don’t include any extras like drinks or ice-cream in the price. It may be cheaper in fact for the kids to share an entree serve of pasta or a small pizza rather than 2 separate kid’s meals. Or share a pizza as a family. Help yourself to filtered water either iced or room temperature – there are glasses on the bar next to jugs for you to help yourself. 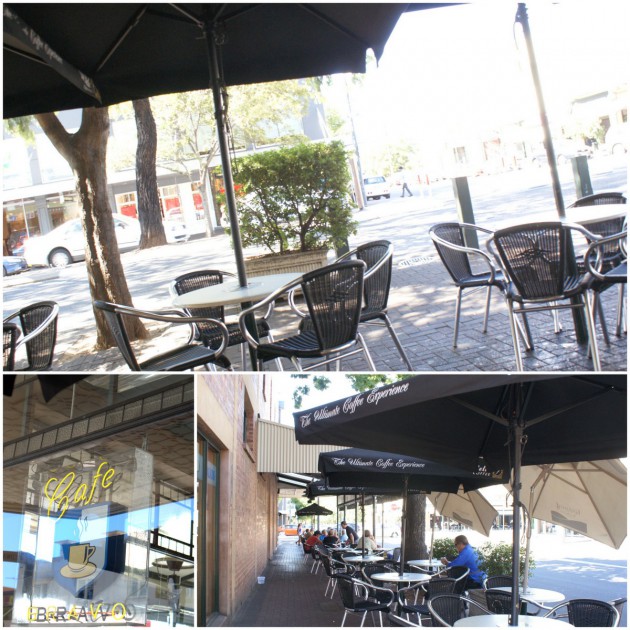 So, back to the afternoon treat…

Recently when my four year old son bravely had his immunisations I offered to take him to have a treat after. He kindly decided to wait until after school pick up so his big sister could also join in. I expected he might want to pick out something from the lolly aisle of the supermarket or pick an ice-cream store like Cold Rock or Wendy’s but he chose to go to Bravo for a vanilla milkshake. Personally I don’t get ‘vanilla’ as a flavour, but he shares this taste preference with his Dad. Anyway, I digress…

Cafe Bravo or similar Italian Cafes like it, can be a great little afternoon outing on a hot day with the kids for a treat that won’t cost a fortune.

Check out their menus on the Cafe Bravo website here.

What:  Afternoon treat at Cafe Bravo or a similar Italian Cafe

When:  When everyone needs to get out of the house for some sanity or anytime really. 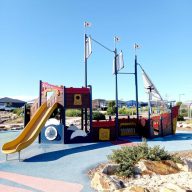 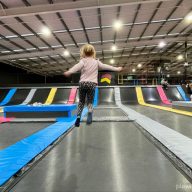 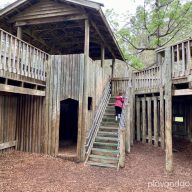 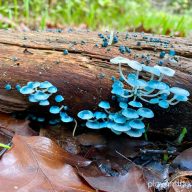 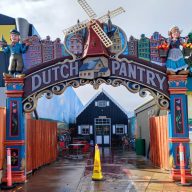 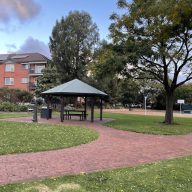