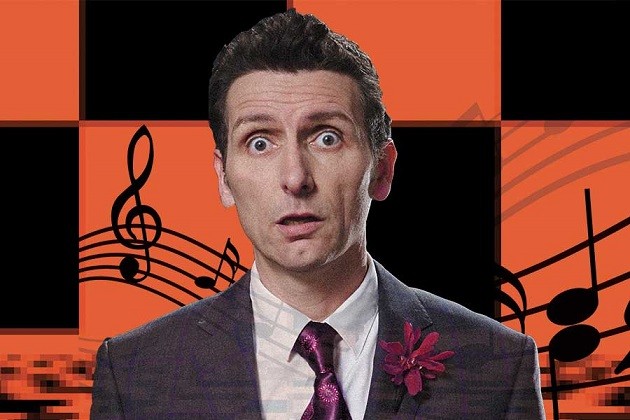 Something on Saturday | The Composer Is Dead

Based on the book of the same name by Lemony Snicket, The Composer Is Dead is a musical whodunnit and a great introduction to the orchestra for kids.

The Something on Saturday program has teamed up with the Adelaide Cabaret Festival to present this production with the Adelaide Symphony Orchestra, aiming to give Adelaide families a chance to experience the joy of going to the orchestra in a family-friendly environment.

Based on the audience reaction and the laughter from my nine and eight year old companions throughout The Composer Is Dead I would say that it hit the mark.

An introduction to orchestra for children

Adelaide families: if you love music and have ever wondered about taking your kids to the orchestra this show is a great place to start.

A show of hands determined that many people in the audience hadn’t been to the orchestra before and I would imagine that for some of the children it was the first time they had been face to face with some of the musical instruments in the orchestra pit.

The Composer Is Dead is a musical whodunnit

The Composer Is Dead is headed up by the very entertaining Frank Woodley who plays narrator, inspector; and also provides voices for the instruments in the Adelaide Symphony Orchestra.

As the name of the show might suggest there has been a murder. The composer is dead and there is an orchestra of subjects who need to be interviewed. Frank Woodley’s character arrives on the scene in three piece suit and bowler hat to investigate the murder, interview the suspects and solve the mystery.

Frank Woodley interrogates the suspects within the Adelaide Symphony Orchestra

In The Composer Is Dead the inspector systematically interrogates the suspects within the Adelaide Symphony Orchestra to establish motive and opportunity. Starting off with the strings section he moves on to the woodwind, brass and then percussion. 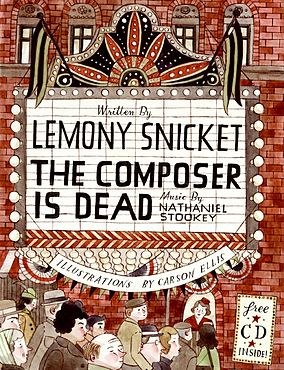 The Composer Is Dead brings the orchestra to life

The magic of The Composer Is Dead is that it brings the orchestra to life for children by anthropomorphising (I had to spellcheck this word!) the musical instruments. In other words it gives them human emotions and characteristics.

Ever felt like oboes and clarinets were sneaky? That violas had a tendency to be whiny? That trombones were bossy, patriotic and self-important? Or that the first violin was a bit of a show-off?

As the inspector interrogated each section of the orchestra Frank Woodley voiced their replies. His voices and mannerisms for various groups of instruments in the sections of the orchestra were very clever and very funny.

Woodley had the audience in fits of laughter with his physical comedy. For me there were touches of Rik Mayall and John Cleese’s silly walks. My nine year old companion thought he was ‘just like Mr Bean’ which is high praise from the nine year old.

Some of the humour was geared towards adults with its use of puns and its references to classical musicians, but there was certainly enough there for the children too. The Composer Is Dead was recommended for ages 8 and up and I thought for that age group it was fast-paced enough to keep everyone engaged in the storyline.

What happens at the end of The Composer Is Dead?

I won’t spoil the story and tell you whodunnit but I will say that there was a bit of a treat at the end in the form of some audience participation.

Several members of the audience were invited to come onto the stage with the orchestra to perform the 1812 Overture. They were given the important job of providing the noise for the cannons typically used at the end of the piece.

Instead of cannons they were given paper bags to inflate and then pop – all while being conducted by Frank Woodley. I’m not sure that there were any budding percussionists in the group but everyone seemed to be enjoying themselves.

What we thought of The Composer Is Dead

My nine year old companion hasn’t stopped talking about going to see The Composer Is Dead. It was his first trip to the orchestra, and was probably the highlight of his weekend. He reckons Frank Woodley is one of the funniest people to walk the planet and ‘just like Mr Bean’.

He loved all the funny faces and the silly voices, and the reference to the Adelaide Festival Theatre looking like the senate chamber from Star Wars resonated with him too.

The eight year old had a big smile on her face throughout the show and I wondered if it has inspired her to spend more time on her ukulele practice.

We had lots of discussions on the way home about the various instruments that we saw and what their names were.

We would thoroughly recommend The Composer Is Dead to anyone who loves music. If you want to get your kids unplugged from their iPads for a while and to engage their imaginations and expose them to classical music we think this show’s for you.


About Susannah: I’m a mum to three boys and a little girl and I am learning to embrace the chaos. I love my morning coffee, exercise, cranking up some good tunes on the stereo, and heading away to new places on holiday. Originally from New Zealand, I now call Adelaide home and I love getting out and about and exploring all the fabulous things for families to do in Adelaide.

For more information and ticket bookings for other shows please visit the Adelaide Festival Centre.

Find out more about other Something on Saturday 2016 shows here.

What: The Composer Is Dead | Play & Go Review

The new playground at @harbourtownadelaide has jus