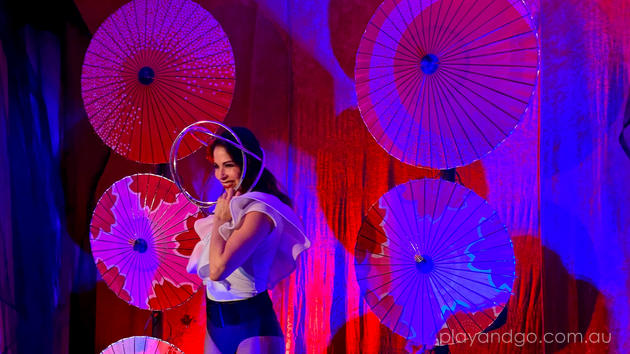 The Extraordinary Guests of Hotel Richmond at the Adelaide Fringe – Review

My kids are fans of Netflix’s Magic for Humans, so I thought seeing a magic show during the Fringe would be just the ticket.

And The Extraordinary Guests of Hotel Richmond offers added perks – the chance to get up-close and personal with the magicians by wandering about four immersive rooms, and the show’s unique setting inside the 1920s Art Deco hotel.

We enjoyed having dinner at the hotel’s First Lounge Bar & Restaurant and exploring its surrounds before heading up to level two. (We spotted Fat Pizza’s Tahir Bilgiç, also in town for the Fringe, wandering about the space too.) 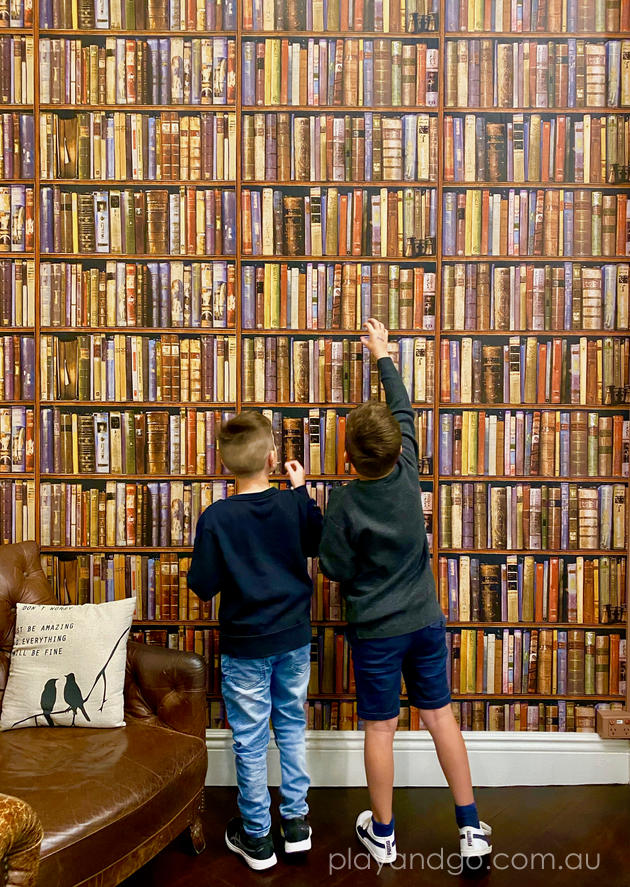 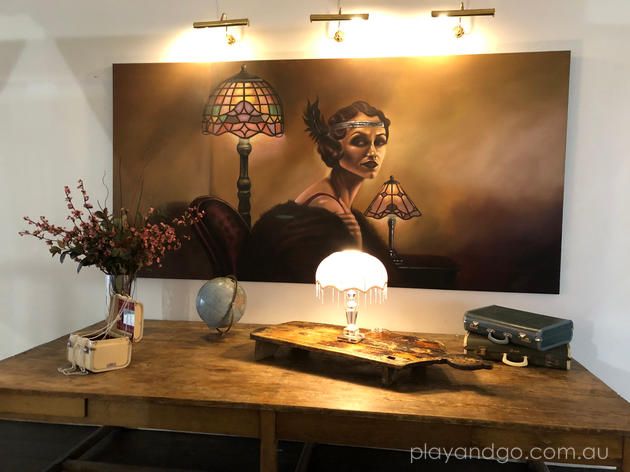 The first room in the unique hotel experience brought us Las Vegas-based comic illusionist PiP. (I was entranced by his big bejewelled ring before he even performed any magic!) The one-time Australia’s Got Talent finalist kicked off the night by ‘sawing’ a woman in half on an old doctor’s surgery table.

As he explained: “In the vaudeville days, magicians didn’t have much money.” So, they used whatever equipment they could get their hands on to perform tricks. As PiP told us, the table straps, which he tied down his chic assistant with, were once used for keeping patients still before anesthetic was a thing, and the holes were for draining blood! 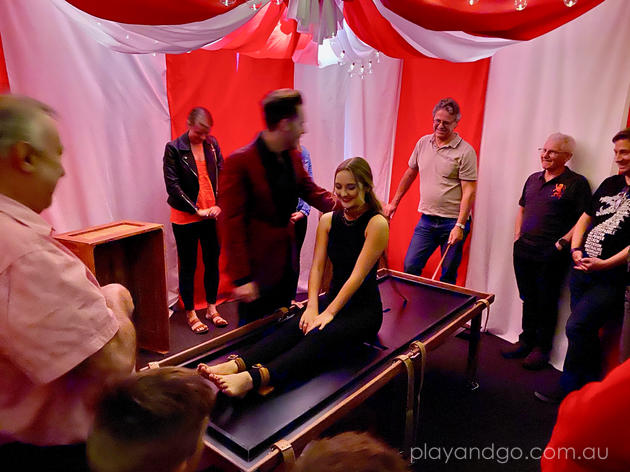 When PiP’s 15 minutes were up, we moved onto the next intimate space. (Nabbing a seat close to the front is best for visibility.) Here, we got some feminine energy in the form of US magician Erica Vanlee.

Erica made parasols appear out of thin air, did magic with linking rings, and made burnt, broken bits of cotton whole again. From her attire – including a leotard and fishnets – to her musical backdrop – such as a slowed-down version of Beyoncé’s Crazy in Love – she certainly brought the glamour. (Erica’s engaged to Sydney magician Joel Ozborn, which might have helped encourage her to our shores.) 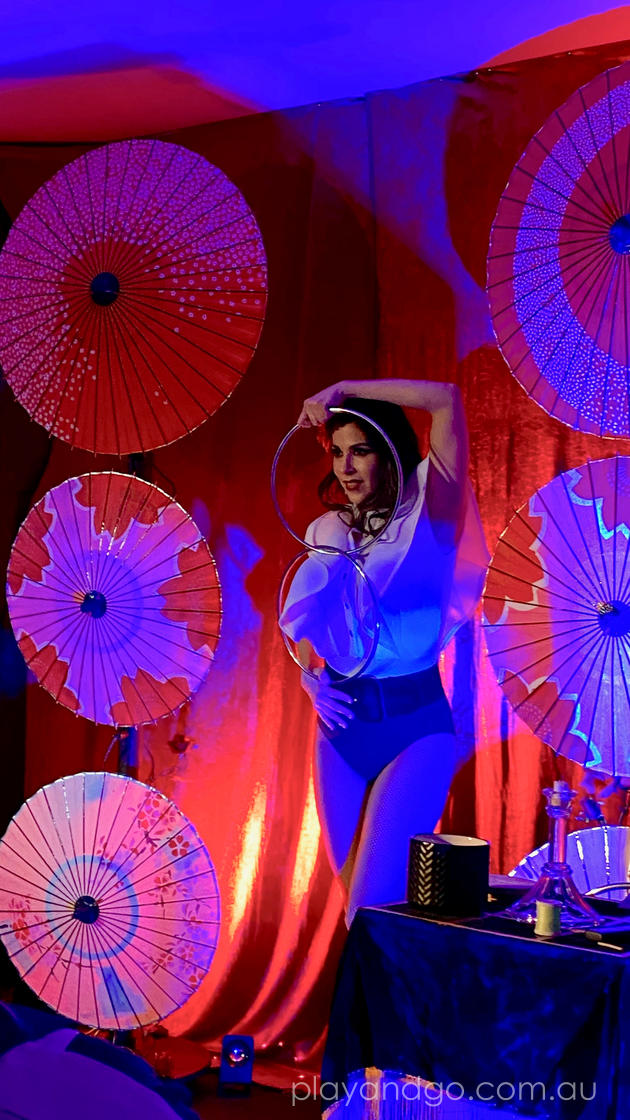 Next up was another Sydney magician and entertainer, Liam Power. His specialty was melding traditional magic, like card tricks, with modern technologies, such as a phone app and Google. His ‘sleight of mouth’ trick with needles on a thread also has to be seen to be believed. My twins reckon he was their favourite performer. 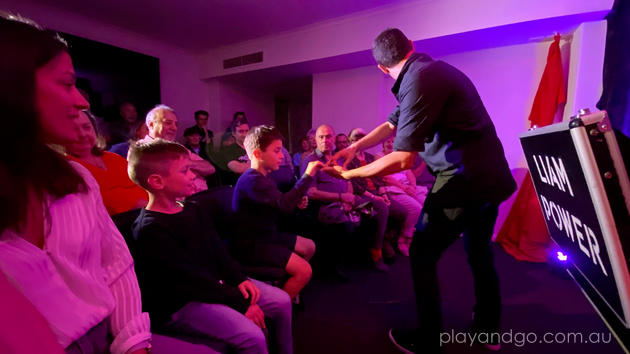 Last up was LA-based illusionist Simon Coronel, who performed such tricks as turning a $5 note into a 50 before our eyes (which would be a handy skill to have in real life!) and making poker chips disappear and reappear in his hands. 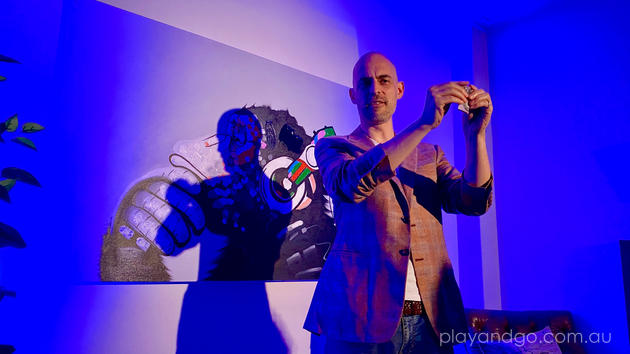 It’s all the more amazing seeing the illusions when you’re sitting so close to the performers. (Please note: the magicians differ nightly as they’re from a rotating cast.)

For a slice of glitzy Las Vegas in our own backyard, you can’t go past this show. 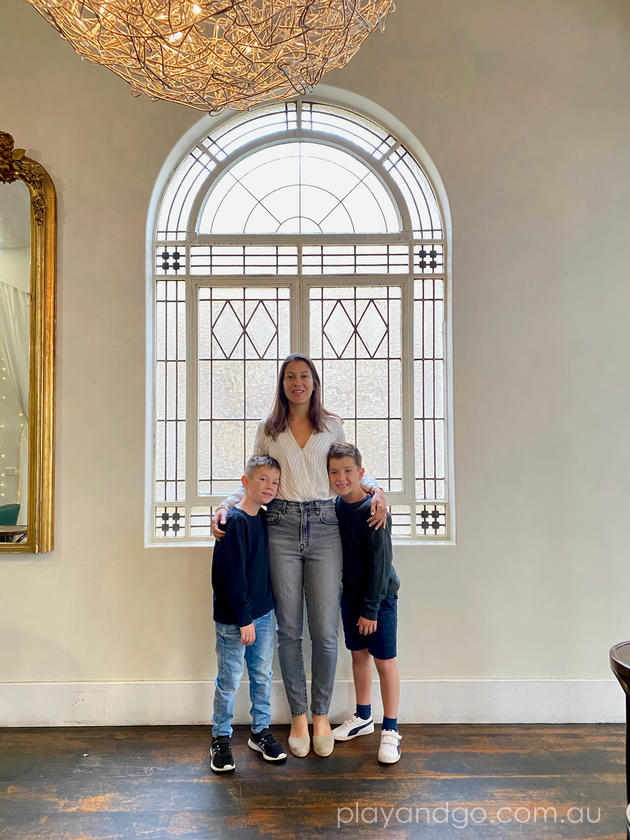 What:  The Extraordinary Guests of Hotel Richmond

Who:  All ages – parental guidance recommended