The Road That Wasn’t There | Fringe 2016 Review 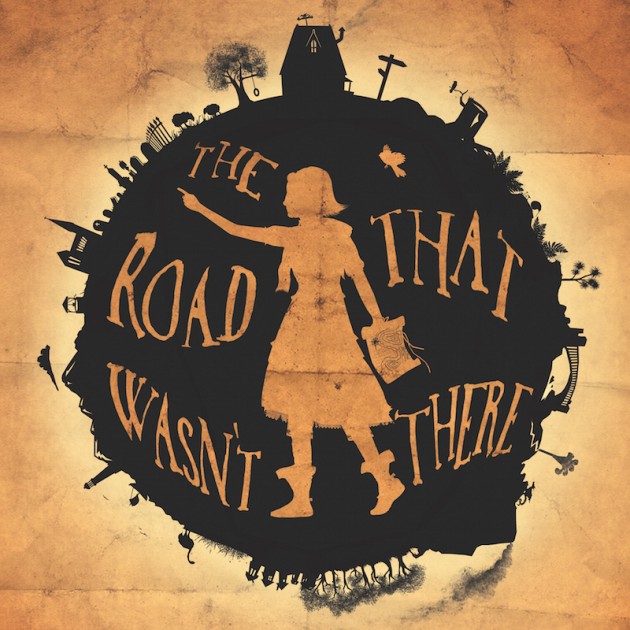 In New Zealand there are some 56,000 kilometres of paper roads – streets and towns that exist only on surveyors’ maps. Or do they? A young woman strays from the beaten track and finds herself in a paper world. It seems a land of possibility but she soon discovers that things that happen in the fictional world can have frighteningly real consequences.

The Bakehouse Theatre is a charming little theatre tucked away in the south of the City on Angus Street away from the buzz of the city. It was a lovely intimate venue to see this production staged by Trick of the Light Theatre from New Zealand.

On arrival the set looked very simple, just a couple of piles of cardboard boxes stacked up, but as the play evolved it was really clever. Boxes were flipped over to change the stage set up, turned around to introduce the next Chapter and even lit up to be used for shadow puppetry. Performed by a cast of just 3, the play is a really intriguing mix of acting, singing, story-telling through puppets as well as the shadow puppets.

The story is about an old lady who is a bit of a misfit in society, telling her worried son a far fetched story of a time many years ago when she followed a road on a map that didn’t exist. She took this ‘paper road’ to a ‘paper town’ where she met and fell in love with a ‘paper man’. After she lost the map she was using to find the paper road she drew her own, and that’s where the trouble starts. The road she has drawn leads to a kind of parallel universe which is dark and frightening and not as she left it and so she is desperately trying to find the original map to find her way back the to the town and the man she loves.

It is quite a confusing and twisted tale but the production and delivery is excellent. The mix of media and the talent of the actors is excellent, making it an enjoyable and very creative show.

Miss 8 chose this show from the Adelaide Fringe brochure herself and while she did enjoy the show overall, there were some parts that she found very frightening. On the Adelaide Fringe website is does warn ‘Suitable for adults and children 8+. It has an evocative soundtrack and there may be moments frightening to young children’ but I hadn’t spotted that before we went! She was definitely frightened but afterwards she didn’t think that it has impeded her enjoyment of the performance.

From a parents point of view I was a bit disappointed by some of the language used – frequent use of ‘bloody’ did leave me a little uneasy for a show aimed at children. However, it was a great performance so I would recommend to adults and mature eight year olds and above.

See our posts about all things Fringe here.