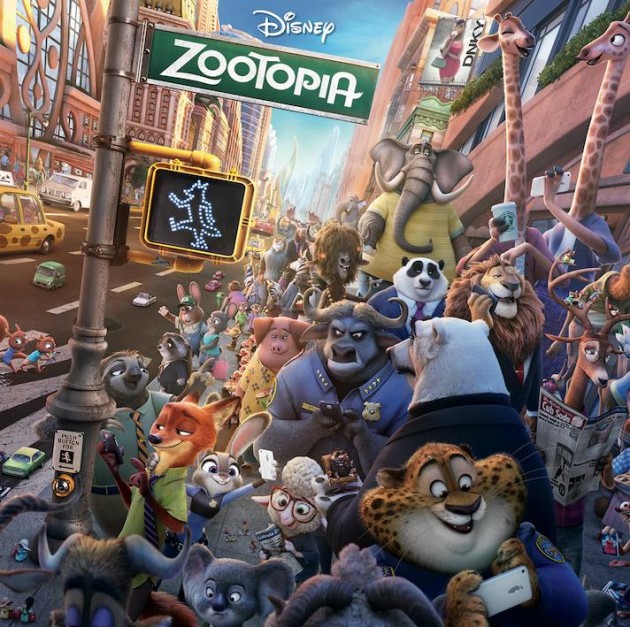 The modern mammal metropolis of Zootopia is a city like no other. Comprised of habitat neighbourhoods like ritzy Sahara Square and frigid Tundratown, it’s a melting pot where animals from every environment live together—a place where no matter what you are, from the biggest elephant to the smallest shrew, you can be anything. But when rookie Officer Judy Hopps (voice of Ginnifer Goodwin) arrives, she discovers that being the first bunny on a police force of big, tough animals isn’t so easy.

Determined to prove herself, she jumps at the opportunity to crack a case, even if it means partnering with a fast-talking, scam-artist fox, Nick Wilde (voice of Jason Bateman), to solve the mystery.

We love this movie and we think you will too. The city of Zootopia is an amazing modern metropolis of animals who live like humans. As you can imagine, Disney does it in a visually spectacular way. However, on top of the cute animal characters; funny scenarios; a storyline of a political thriller, there are so many layers. The story of the main character, rookie Officer Judy Hopps and her experience as the first bunny on a police force of big, tough animals deals with sexism, racism, bullying and tolerance in a way that’s digestible by children. Through it all kindness, friendship, understanding, persistence and hard work win out in this great all-round film which is entertaining for both children and adults.

As a young bunny we see Judy Hopps bullied and told that she will never realise her dreams of being a police officer and this continues even once she is on the force – even though she graduated top of her class. Audiences will feel for her each time she is degraded and the injustice of it all is plain to see. It’s a sweet triumph to see her succeed against everyone’s expectations. She’s not perfect though – we also see her learn a lesson in prejudice herself. It also shows that sometimes friendship can come from unlikely situations and people.

An observation – unlike other Disney movies, both her parents survive the whole film!

Scary bits: there is one dark scene when an animal goes savage, looking very ferocious and there is a pursuit. Also another thing to note if you have little ones – while Zootopia is generally not very scary, the trailer for Disney’s ‘The BFG’ movie (The Big Friendly Giant) is quite scary – it’s dark with scary music and talks about the Boogey Man coming to get children during witching hour! An idea: if there are at least 2 adults with you, one person could go in and save seats and text the parent with the young child once The BFG trailer has shown. {Watch The BFG trailer here}

Back to Zootopia – the animation is brilliant and there is plenty of fast-paced fun and humour to keep younger kids entertained; older kids and adults will appreciate all the brilliant intricacies of the story as well, plus some of the jokes that little ones won’t get.

It’s a 5/5 from us and perfect for the whole family (from about 4 years +). Several of my 10 & 11 year old movie companions said it was the best movie they’ve ever seen. One put it on par with ‘Inside Out’, another favourite of ours. 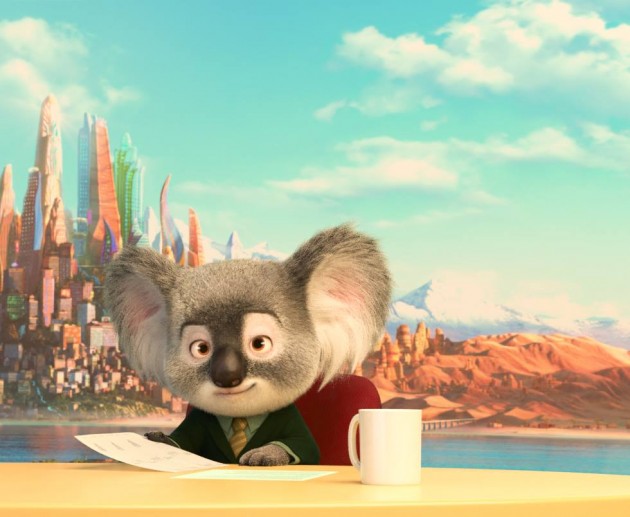 Australians had the chance to vote on a name for the Koala character in a competition run through the Disney AUNZ Facebook page; ‘David Koallabell’ won by an overwhelming margin.  In a fitting tribute to the voice behind the character, Australia has named the Koala, ‘David Koalabell’.

Take a look at the trailer here:

WIN an In-season Admit 4 Movie Pass to see Disney’s Zootopia. Play & Go have 5 Passes to give away. Each pass is valued at $80 each.

This Giveaway is open to South Australian residents aged 18 years and over. Prizes are not redeemable for cash, credit or vouchers of any kind. The winners will be drawn at random and no further correspondence will be entered into. Once it has been confirmed that the entrants are currently active email subscribers or Facebook followers of Play & Go, the winners will be contacted. Play & Go reserves the right to change or discontinue any or all aspects of these Terms and Conditions at any time. Play & Go accepts no responsibility or liability for (including but not limited to) any lost or misdirected entries. All personal information given to enter this giveaway will only be used to contact winners and distribute prizes and not for any other purpose. This promotion is in no way sponsored, endorsed or administered by, or associated with, Facebook. We hereby release Facebook of any liability.If you have any additional questions – feel free to send us an email at hello@playandgo.com.au 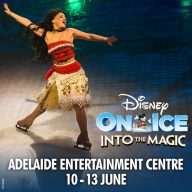 Celebrate the magic of courage, love and adventure at Disney On ...
Read More 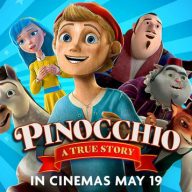 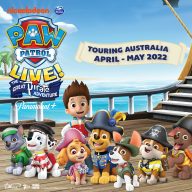 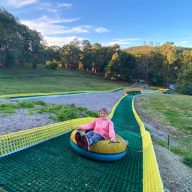 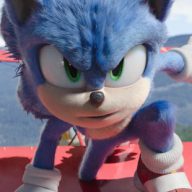 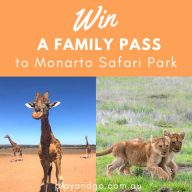