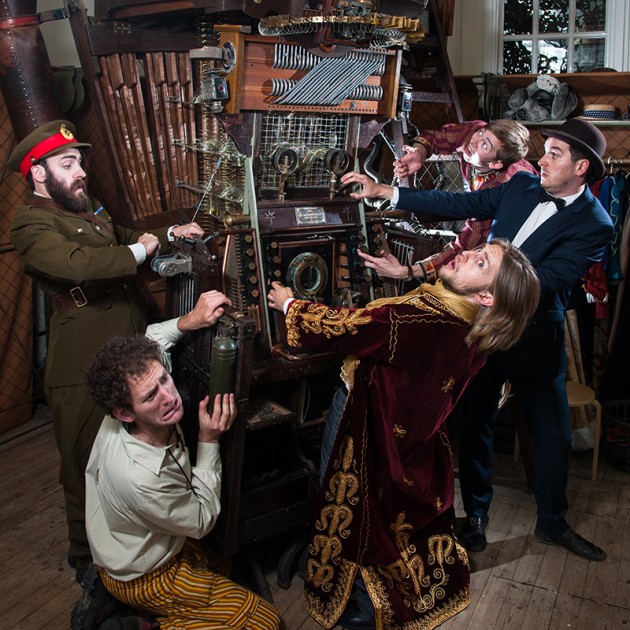 Playing in the gorgeous venue, The Producers Garden on Grenfell Street, the troupe from UK put on a show that offers as many laughs for the adults as it does for the kids.

Every show is entirely different.

Relying on input from the young audience to guide the scenes, the show is broken down into several different improv-games each  with different rules and absurdities. The outcome of each game is made up completely on the spot guided by suggestions, scenarios and interactions from the audience. The flawless comedy and timing of Chris Turner, Daniel Nils Roberts, Dougie Walker, Tom Skelton and Dylan Townley will have you in stitches. It’s easy to see why they have played to five sell-out seasons at the Edinburgh Fringe Festival. 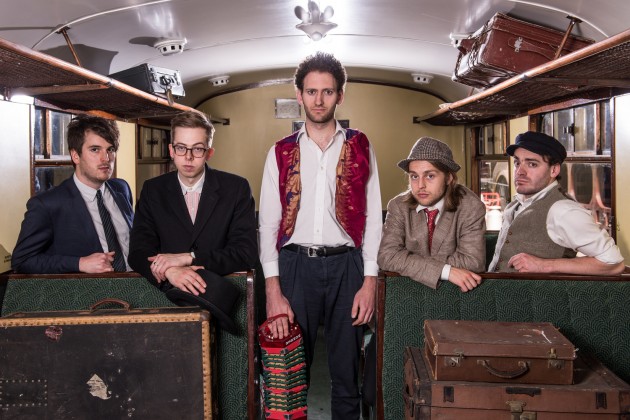 Any artist who puts their fate into the hands of children is brave beyond most. Racing Minds does a supreme job of working with any random ideas that are plucked out of the audience. If you’ve ever seen (or participated in) improv-comedy before you’ll appreciate that it can be comedy gold at best and embarrassingly awkward at worst. My six-year-old son and I were both in hysterics at the show we attended which was entirely due to the talent of the ensemble rather than any luck or divine intervention. So, whilst no two shows could possibly bare the same outcomes, I’d find it impossible to conceive that each performance would be anything less than hilarious.

The brilliance in this show is not just in the groups impressive ability to create priceless comedy on the spot, but their skill in making it appear so effortless. It only took one try to play a modified version of one of their games around the dinner table to prove that it’s a lot harder than it looks!

Racing Minds have another improv show in this year’s Fringe program called ‘Aaaand Now for Something Completely Improvised’ which, although not directly aimed at kids still comes with a ‘G’ rating. So whether it’s with the kids, or a grown-up day or night out I would absolutely recommend trying to get at least one of their shows into your festival diary!

Aaaand Now for… Kiddo Kaos is playing on weekends until 13 March at The Producers Garden.