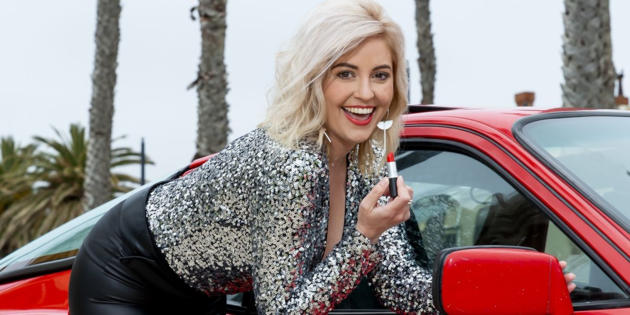 Amity Dry gave a shoutout to all the “suburban mums” at her Adelaide Fringe show’s opening night (after revealing she drives a “daggy RAV4”).

And Highway Superstar feels designed exactly with suburban mums of my era in mind. (For the record, the Adelaide singer’s 42 and I’m just a year behind her.) As my big sis, who joined me, put it: the show felt like “our childhood onstage”.

While I’d expected a night of power ballads in the vein of Amity’s own 2003 hit, The Lighthouse—out the same year she was on TV show The Block—we got something even better … daggy ‘80s, power pop, ‘90s RnB, and movie soundtrack classics. Or as the press notes say, all “the songs we secretly love but don’t want to admit to”.

Think covers of Starship’s We Built This City, Young MC’s Bust a Move, John Farnham’s Age of Reason (with the audience clicking along like ticking clocks), and more.

The show was like a live version of James Corden’s Carpool Karaoke on The Late Late Show. Ordinarily, I’m shy about singing in public, and stop warbling along to the car radio when I pull up at a red light. Yet I couldn’t stop tapping my feet and swaying from the first moment Amity burst onstage in a bejewelled Cold Chisel tee, leather leggings, and patent red heels. She was joined by Melbourne keyboardist and singer Jamie Burgess (who’s also in another Fringe show, He’s Every Woman).

Of all the moments I’ve had on stage this was the best. Watching my girl smash it out the park was EVERYTHING!!! Forget coming to see me, come and see my daughter totally upstaging me and living her best life in Highway Superstar!! Tonight to March 1 @gluttony @adlfringe

During the show, Amity divulged the poignant reason behind its ‘car singalong’ vibe. “A few years ago, life didn’t have much joy in it,” she said, alluding to her much-publicised divorce. “Sometimes I’d go to pick up my kids from school and I’d plaster a smile on my face. [But] they’d still say, ‘Mum, something’s wrong … the radio’s on and you’re not singing’.”

Things are clearly looking up for the mother-of-two, though (including her revelation that she now has a boyfriend). “This show is a celebration of feeling like singing again,” she said. “It’s a show of joy and silliness … and air-drumming on the steering wheel.”

Nice, too, was seeing Amity show her down-to-earth side, including excusing herself to change after she realised the Spanx-like undies sewn into her sequined frock were actually bunched up at the back, and going barefoot during rap numbers.

Another highlight was when she created an ‘audience gospel choir’, with VIP guests like body image guru Taryn Brumfitt and political activist Mia Handshin getting in the spirit.

Amity ended the show with the Dirty Dancing classic, The Time of My Life, and said: “I hope that [the night’s] brought a smile to your face … and that the next time you’re in the car, you crank [the music] up a little louder.” This suburban mum definitely did on my drive home! 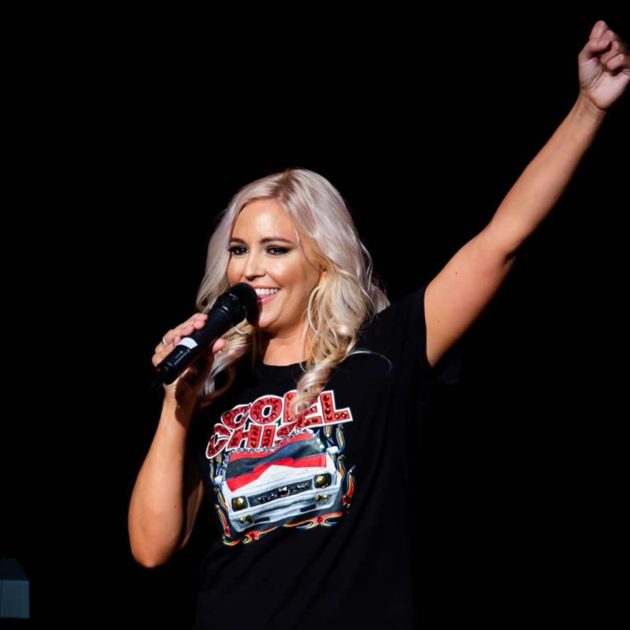 For more information and all enquiries, please visit the Adelaide Fringe website.