Saving Mr Banks | Where Her Book Ended, Their Story Began 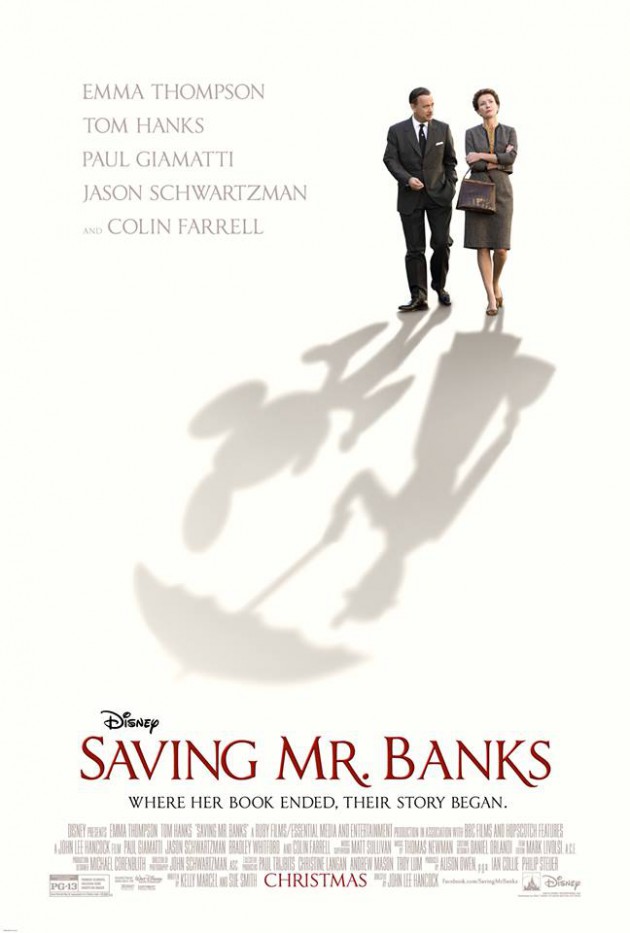 When Walt Disney’s daughters begged him to make a movie of their favourite book, P.L. Travers’ Mary Poppins, he made them a promise—one that he didn’t realise would take 20 years to keep. In his quest to obtain the rights, Walt comes up against a curmudgeonly, uncompromising writer who has absolutely no intention of letting her beloved magical nanny get mauled by the Hollywood machine. But, as the books stop selling and money grows short, Travers reluctantly agrees to go to Los Angeles to hear Disney’s plans for the adaptation.

For those two short weeks in 1961, Walt Disney pulls out all the stops. Armed with imaginative storyboards and chirpy songs from the talented Sherman brothers, Walt launches an all-out onslaught on P.L. Travers, but the prickly author doesn’t budge. He soon begins to watch helplessly as Travers becomes increasingly immovable and the rights begin to move further away from his grasp.  It is only when he reaches into his own childhood that Walt discovers the truth about the ghosts that haunt her, and together they set Mary Poppins free to ultimately make one of the most endearing films in cinematic history. 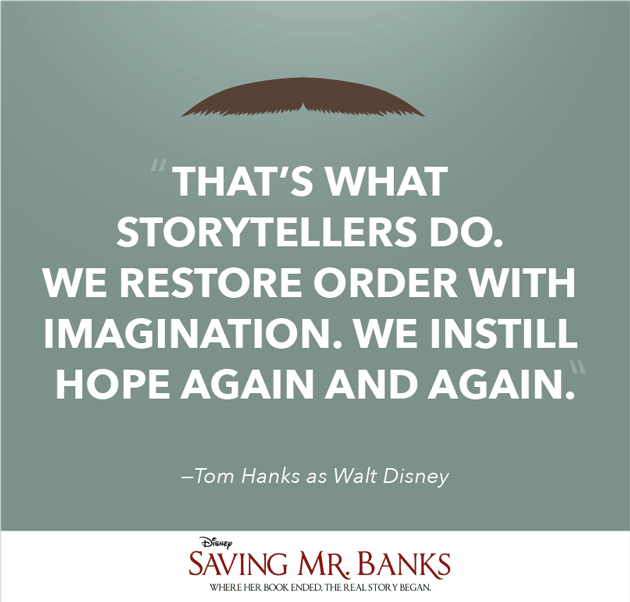 Saving Mr Banks takes us back in time and behind the scenes of how the musical Mary Poppins came to be.  Walt Disney is played charmingly by Tom Hanks, who flys Travers to California to try and end 20 years of long-distance negotiations over the rights to portray Mary Poppins on the big screen.

PL Travers, who wrote the original books, is a complicated character with absolutely no sweetness, charm or warmth.  Emma Thompson does a brilliant job in her role as Travers, who reluctantly agrees to work on a screenplay, but only on her terms.  The Sherman brothers are employed to write the film’s songs and score, coming up with classics such as A Spoonful of Sugar and Supercalifragilisticexpialidocious!  The music scenes are delightful.

To help us understand Travers, the film repeatedly travels back in time, giving us an insight into her childhood and her life growing up in a remote Australian township.  Her father is an endless dreamer and tragic alcoholic and there are some scenes that would be quite upsetting for younger viewers to witness.  The movie has been rated PG in Australia and PG-13 in the States, so it probably isn’t suitable for anyone under 13 years of age.

This thoroughly enjoyable film ends with the 1964 Mary Poppins red carpet premiere.  Once the credits roll be sure to stay seated and listen to snippets of original tape recordings from the first uncomfortable screenplay meeting. 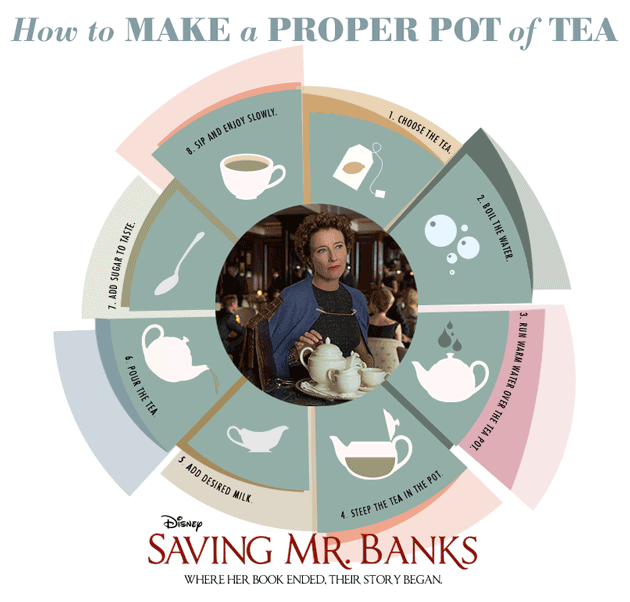 Great news! @luckydumplingmarket is returning this

{Review} *VICTOR HARBOR COUNCIL LIBRARY* This is a

Love the pops of colour on the streets of Adelaide