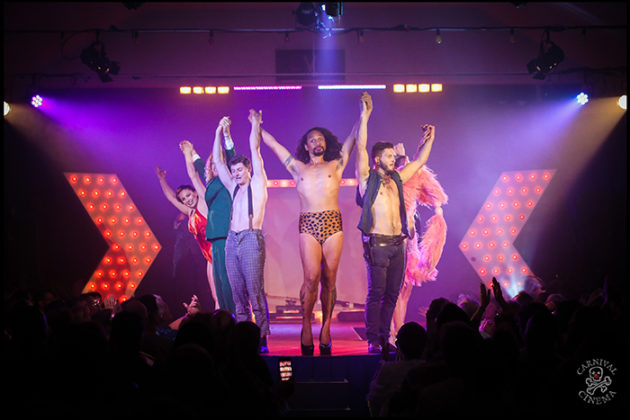 Hosted by the glorious Adelaide Fringe Ambassador Fez Faanana (of Briefs, and Brat Kids Carnival fame), the Garden Gala is being held on every Monday of the Festival to give us a taste of the best of the Garden of Unearthly Delights shows.

I’ve seen Fez in action at both of the shows mentioned above (one of them 18+ and one of them for kids) and adore him and the messages he brings to a show, as well as his incredible costumes! He inspires me to want to wear sparkles…but also reminds us of the importance of connecting as humans, both with eachother, and as audience members with the act on stage. Hence the Monday night celebration when we could all be tucked up at home – the Garden Gala brings us out to celebrate in the Garden of Unearthly Delights again.

First up was comedian Simon Taylor who is here with his show ‘Simon Taylor is a Super Funny Boy’ and he totally is! Brilliant, had the Spiegeltent in hysterics with a particularly funny take on millienials at house auctions. I will definitely seek out more of Simon’s work in the future.

Dom Chambers – Fake Wizard was also a new face for me even though he appeared on America’s Got Talent last year. It’s not easy for a performer to take a magic card trick to new levels, and my gosh, he took it to a place I never thought it could go to! It might have involved some condom balloon work over his head… I was shaking my head in disbelief! Dom was equal winner of the Bank SA ‘Best Magic Act’ Weekly Award in the first week of the Fringe. 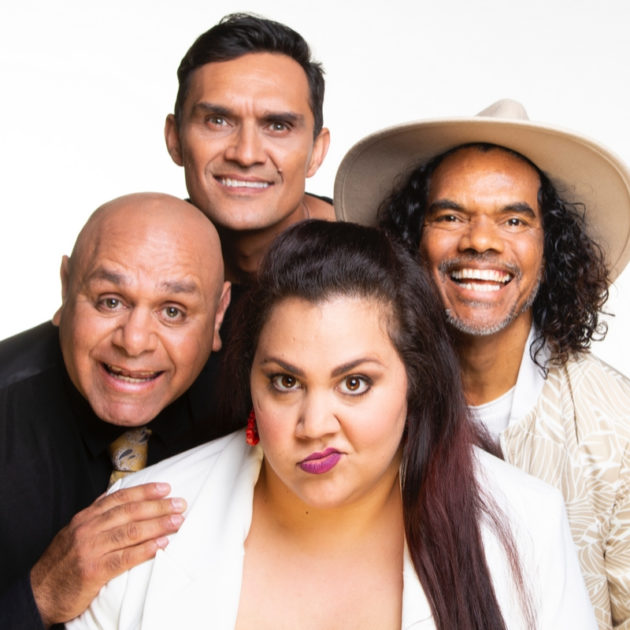 Kevin Kropinyeri (pictured left in group image above) began with some audience education, informing us his surname in Ngarrindjeri means ‘Strikingly handsome, bald Aboriginal man’ which set the tone for his sampler act at the Gala. Through his humour we gain perspectives on his life as an Indigenous man with Scottish heritage, with stories of family and friends too. He has two shows at the Fringe – Kevin Kropinyeri Goes Talkabout and is part of the Aboriginal Comedy Allstars also featuring Sean Choolburra, Andy Saunders & Steph Tisdell. I’m hoping to fit this show in!

The sampler of ‘Scotland!’ by The Late Bloomers and Cluster Arts from the UK was a super funny, slap stick comedy with Scottish undertones (who knew a stool could be turned into a bagpipe?!) as their voices and body percussion proved so effective! Quirky and unique, I definitely felt like they brought something new to physical comedy. 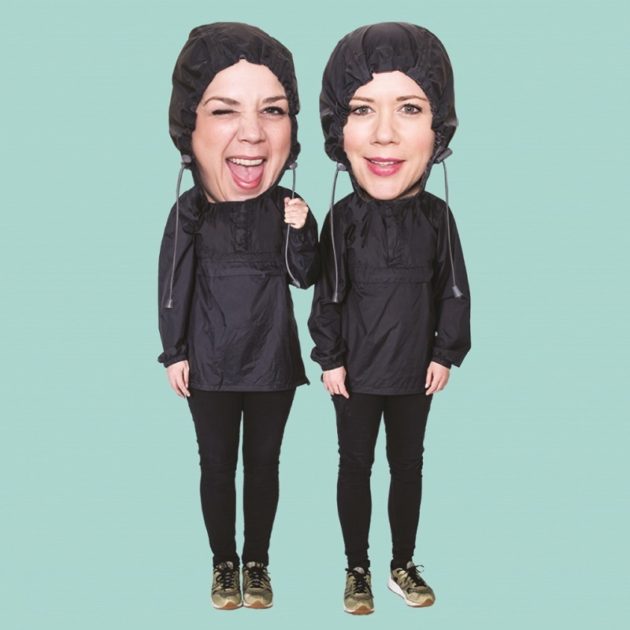 Speaking of new – I had been very keen to see The Kagools who won Best Comedy Act at the first Bank SA Weekly Awards. Dressed in parkas and black jeans, it’s incredible how funny they can be with few props. Just brilliant expressions and enthusiasm and audience jokes! I loved them! Their Tina Turner impersonations were brilliant.

Nikki Britton was another new act for me and her impersonation of a mollusc/penis will stay with me for a long time! I was super eager to catch her again and will be reviewing ‘One Small Step’ soon. It’s so important to hear female voices in comedy and the take she has on life and sexuality. There were lots of shrieks of laughter in the audience during her act.

Finally our faces were drawn up to the roof of the spiegeltent for a breaktaking finish, with Mandy from L.I.A.R Life is a Rehearsal raising herself up with silks, giving us a taste of her sensuous aerial acrobatics to end the night. This show also features artists from Blanc de Blanc Encore so I have no doubt it would be an amazing show. 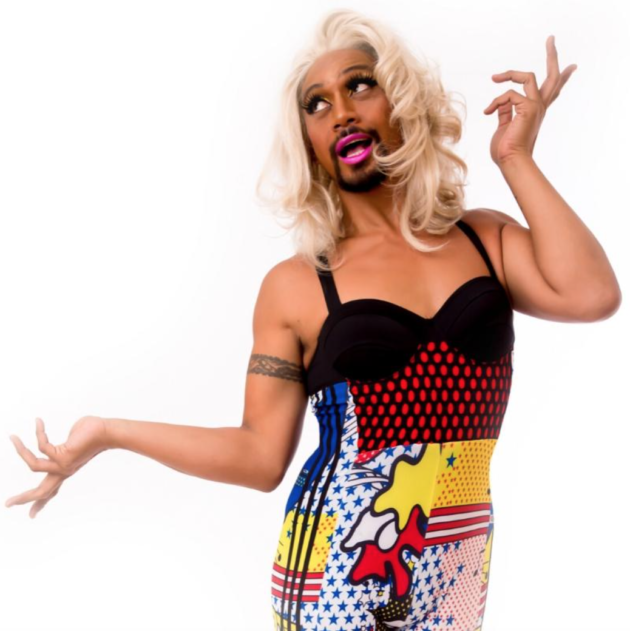 Fez finished the night with another reminder to go and see shows that aren’t on our normal radar and be challenged, and the Gala is a brilliant way to be exposed to new artists, as I was. As he said we need to practice rituals where humans come together to celebrate life, and as my guest on the night said, the Garden Gala was “Hilarious and life affirming”. Thank you to all the artists who performed and to Fez for sharing his incredible glamour, artistry and perspectives on life.

The Garden Gala remaining shows are on Monday 2 March and Monday 9 March, 2020 at the Fortuna Spiegeltent in the Garden of Unearthly Delights. Rated M.