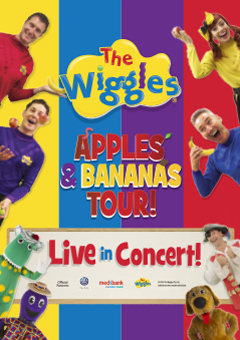 The Wiggles’ Apples & Bananas Tour launches 2014 at a cracking pace! Anthony, Emma, Lachy and Simon start their tour in Sydney and then travel from March until June 2014 entertaining children around most of Australia. By the end of this year, The Wiggles will have toured to every state and Territory in our wide brown land!

The Wiggles fame is founded on their all singing and dancing live concerts and the Apples & Bananas tour promises to be one of the best!

The Apples & Bananas tour will feature songs from their new Apples & Bananas CD and DVD which is a new collection of nursery rhymes such as “This Old Man” and “The Wheels on the Bus” given The Wiggles magical music touch. The Wiggles most recent CD and DVD went to number one on the iTunes charts (for Hot Potatoes, The Best of The Wiggles),  the latest Wiggles hits such as “Do the Propeller” and “Simon Says” are just as popular as anything over their 23 year history. The Apples & Bananas  tour will feature these new hits as well as Wiggle classics such as “Hot Potato” and “Rock a Bye Your Bear”. The Fab Four of fun will of course be joined by Dorothy the Dinosaur, Captain Feathersword, Wags the Dog and Henry the Octopus!

Don’t miss your chance to see the most successful children’s group of all time. If you haven’t been to a Wiggle concert before you may like to read one of our Reviews from previous years here.

The Wiggles’ Apples & Bananas Tour is coming to South Australia in April 2014!

Tickets on sale from Friday 7 February 2014! Instead of the big venue concert they are heading to smaller theatres all over SA which means they will be much more of an intimate feel. The last time I saw them at the Golden Grove Arts Theatre I think it was about 14 years ago when I took a friend’s little girl.

What: The Wiggles Apples & Bananas Tour!

Where:  Various locations above 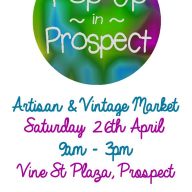 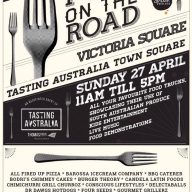 Adelaide’s food trucks, vans, bikes and stalls will come together in ...
Read More 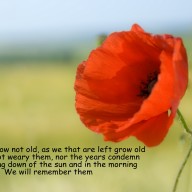 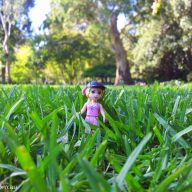 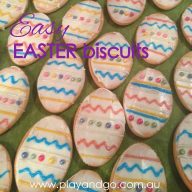 When looking for an Easter Treat that isn’t chocolate, we turned ...
Read More